02 MIN LI-
RE
Accueil
Tous nos articles
What if Justin Bieber’s ‘What Do You Mean’ was produced in ’85?
Écrit par Sylvain Di Cristo
Introducing the Internet’s latest viral hit. For a few days now, you might have seen your feeds peppered with 80s-style edited pictures of Justin Bieber. And if you haven’t clicked on one, you’ve missed out on a good gag, but also an excellent feat of musical production. Jerry Shen, the jazz musician and JavaScript writer for a telecoms company in Saskatchewan, Canada, broke the Internet with two Justin Bieber covers he posted on his ‘Tronicbox’ SoundCloud account. And he saw none of it coming. In a few days, his reprise of ‘What Do You Mean’ made it past one million streams, while ‘Love Yourself’ is almost at 340,000 today. The concept behind the two covers? “What if we get Michael Bolton’s band to play on Justin Bieber’s single? You’ve got a hit right there!” he tells us.

What was the idea behind it at first? Where does the appeal for the 80s come from?

The 80s was just… Wild!. You could get away with things that are either bizarre, cheap or just plain weird by modern standards. We’ve seen examples of that turning into real Internet phenomenons. (Google “this aerobic video wins everything” and you’ll know what I mean…)

Is there a particular reason why you picked two of Justin Bieber’s vocals?

It’s like one of those silly little ideas that you pass it off as a joke when talking to your friends: get Michael Bolton’s band to play on Justin Bieber’s single. You’ve got a hit right there! Except I took the idea seriously…

When I first listened to them, they reminded me the opening soundtrack of the American TV show Step by Step…

I’m sure I wasn’t even born back then but I’ll have to check it out!

About the sound, what instruments did you use to make it? Do you own some hardware from that era or did you ‘digitalize’ the whole work?

They were all really cheap synths. The really prominent one is a free VST called SQ8L. Hands down the most 80s sounding synth you could find on the web (maybe I should start using MASSIVE. Like all the cool kids out there…). The drums came from free samples I found on the internet (Google is your friend…) and I just layered the heck out of them. I played the guitar and saxophone, those are real instruments. 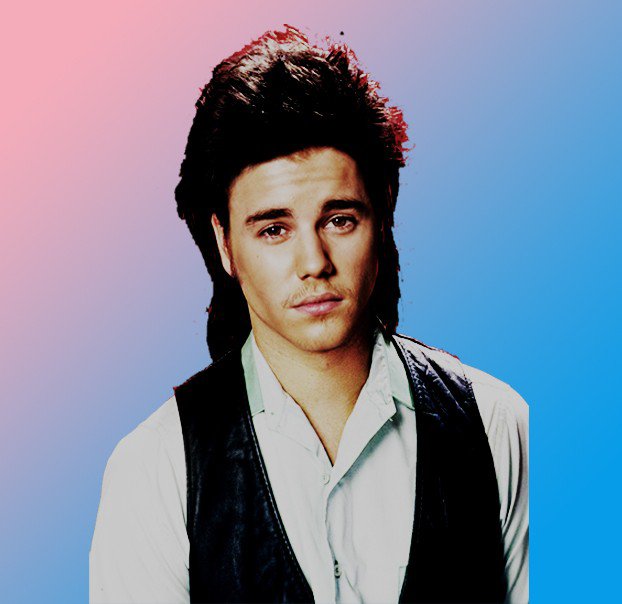 Who is the guy behind this project?

I was born in the late 80s… just late enough to miss pretty much all of it in the crib. That’s probably the reason why I find it so fascinating. I am a Java developer for a telecom firm. I write web applications.

Who am I? I’ve just started streaming on Twitch a few months ago. I like driving fast cars and flying very complex airliners. So I mainly focus on Racing and Flight Simulators (Assetto Corsa, Microsoft Flight Simulator X). In fact I went to the biggest flight simulation convention in North America just this past weekend! (FlightSimCon 2016 in Hartford, Connecticut.)

I do get some inspiration from a few Japanese video games such as Chrono Trigger. There was an entire album of re-made OSTs in acid jazz (The Brink of Time). It’s one of my all time favorites yet I’ve never played that game!

The majority of my musical influences came from being a jazz musician in the local scene throughout my time during university. Plus the wide range of genres that I listen to (From Charlie Parker to Miley Cyrus I’ve covered a lot of ground in between…). It helps that a lot of my favorite artists like Jeff Lorber, George Duke, Michael Brecker and Pat Metheny did quite a bit of work in the 80s.