05 MIN LI-
RE
Accueil
Tous nos articles
We spend a mystical moment with Gonjasufi
Écrit par Jean Paul Deniaud
Photo de couverture : ©Gonjasufi
Former Yoga teacher in Vegas, Sumach Ecks lives at the bottom of the Califronian desert’s mountains. After the excellent A Sufi And A Killer he made with Gaslamp Killer in 2010, he today releases Callus his mystical fourth album on Warp Records.

I was a big fan of your first album, with Flying Lotus on the instrumentals. And with this one, I have to say I was deeply surprised. Can you explain how you went to this one?

I had a unexplored depth and space within myself man, I didn’t want to just redo something that I’ve just been doing over and over, just because it works, and keep sticked with it. But what works for me is going to places that I haven’t explore, not necessarily trying to cut the same songs, or same type of sound.

Plus, over that, it has been a year of damages for my ears. I hear different, I have this ringing that just don’t stop. Yeah man, it’s crazy bruh. I can’t sleep into silence, there has to be something on, just to drawn up, like to absorb the fucking noise from me man. Then I had a doctor who did some bodywork on me, and it left for a while. And now it’s slowly returning because I’ve started fucking play loud music again.

(Very long and loud laugh) Brother! The only way I gonna play that music, it’s fucking loud! I have people over here, they can’t stand this volume, so I look at them and get pissed, and say “Get the fuck out man! Don’t come around my studio with those vibes bro!” And they’re like “Sorry man, it just hurts.” (Laugh) 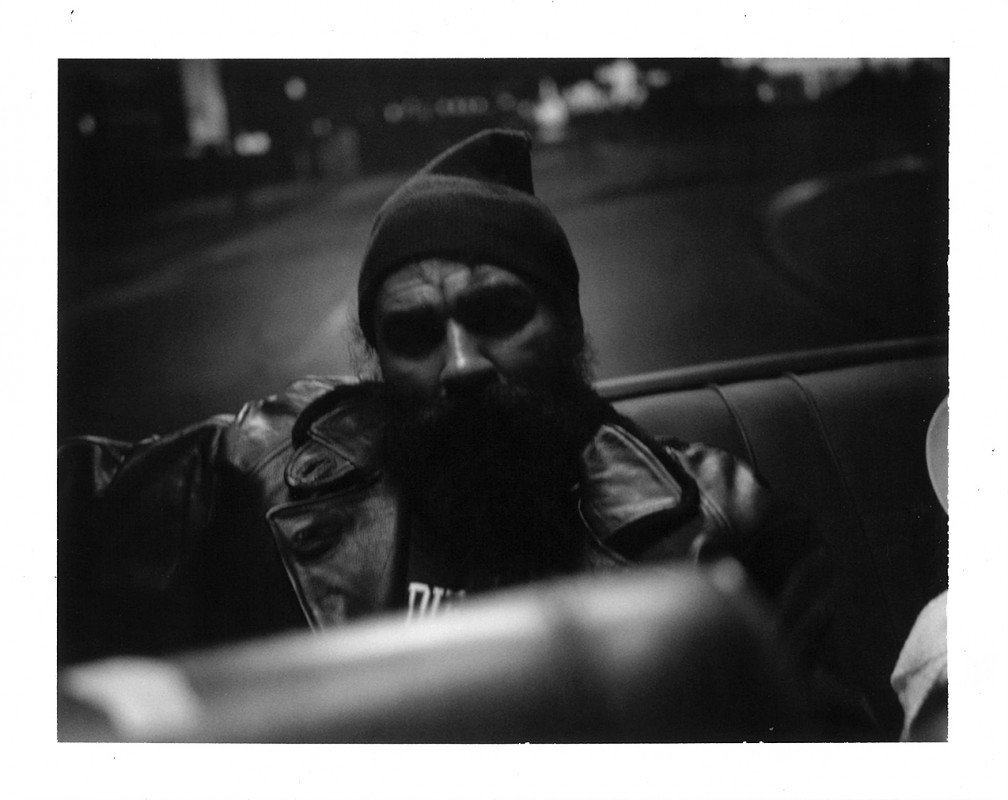 And about the lyrics, for the ones who maybe don’t get everything?

Well, most of the thing is about the concepts of devil and god. Me just kinda like reverse, look at it from the opposite side we were told to look at it you know. For instance, for the echo, I started to get into all the dark magic and shit. Because you know I grew up in a very christian homebase, and I turned into Islam, and then it was sufism, then hinduism, taoism, and all these “isms” and shit. The only unexplored shit I hadn’t gone into was like – that I thought I hadn’t gone into but I’m really in – the dark, the real dark aesthetic of light. Which I was always into, in the core per say.

But there is some shit I won’t get into, I keep Lucifer out you know. But I’m not afraid of the devil. I used to be but… It’s crazy because I used to be afraid of the devil when I was into all that religion. But then when I let go with the religion, I just decided to look at the devil with an eye he looks away man. So that’s pretty much what I was dealing with, looking at the demons within myself, to get rid of them, so the God energy can have a place to breathe. But nah, I’m not afraid of that shit, I’m more afraid of God! 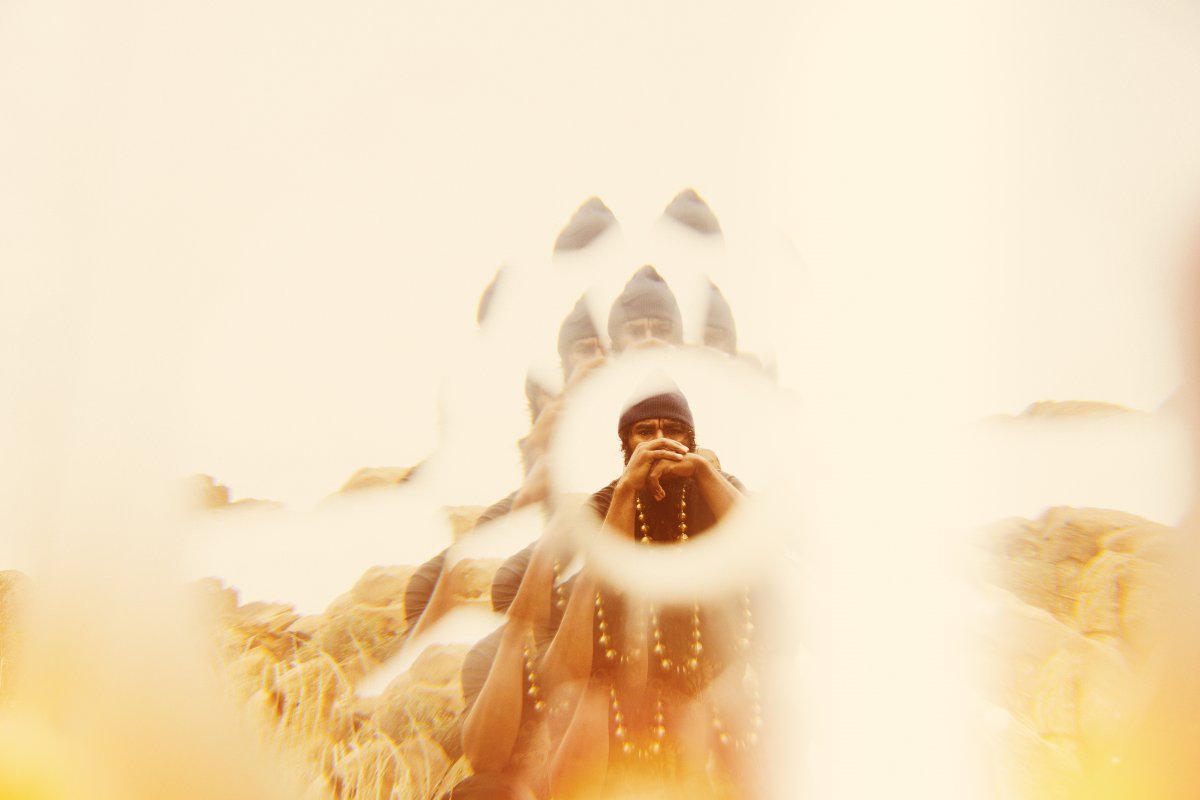 But God loves us, isn’t it?

Yeah, it’s a bit complex but I’m gonna think about it. Talking about the music, you were the only one doing the instrumentals or you worked with guys who gave you some beats.

For the most part I did most of the work on it, the instrumentals, but I definitely had help man. I had my boy Toni Nicoledo (not sure of the right spelling, editor’s note) homies who gave me some beats for “Vinaigrette” and “Krishna Punk” in like 2011 maybe. And I’ve been working on in since. Then I had some homies playing bass or guitar on some of the tracks, another gave me a bit then I tracked violin over that shit, then re-edited it. But the other shits, it’s me producing it. You know I executive produced it and I definitely spent the most time on the record but I had help.


FlyLo is not in the game anymore isn’t he?

Oh no, he’s not on this record, but I mean me and FlyLo we’re still in touch. That’s my brother for ever, we’re fucking space brothers.

Nah, I’m in Joshua Tree now. It’s in high desert in California. So it’s still desert, and my backyard looks like Mars and shit man. You gonna see it’s pretty intense, red earth… (He stands up and show us through Skype a superb desert landscape and, very close, some big rocks at the bottom of a red and arid mountain, editor’s note). You can see that from the backyard. There’s no fence on the backyard, it’s just straight mountains and shit.

Any neighbour?
One neighbour is building a house, there’s some neighbours around here but I’m acres away for them shit you know. It’s not a city, it’s just a small fucking… I’m living in the Styx man.

You feel good there? You’ve chosen this place on purpose…
Yeah or it chose me! I’m definitely at the most peace I’ve been in a long time man.

Still practicing yoga or not anymore?

Oh you know what, I haven’t taken… Well my understanding of yoga as expended. You know the asana is just one link of yoga, and I haven’t been in the yoga room as much as I used to. Per say yoga room. But if you ask if I’m still teaching yoga, that’s what this record is for me man. Because, I kinda got turned off trying to save all these old motherfuckers.

I was just like yo fuck it y’all man, you’re on your own. I’m gonna teach the kids, the children and shit. So I’ve put that record out just to create another studio out here. ‘Coz I built a studio in Las Vegas and then I saw once A Sufi A Killer came out, or once MU.ZZ.LE came out, I focused on another shit, I fell off the yoga practice. So now I’m just trying to get back in again, open the studio out here and just studio everyday again man.

And then a tour again I guess.
Yeah, it’s just a cycle that circle man.

Thank you very much Sumach, and good luck for you album.

Thank you brother, nice one. In December I’ll be in Paris, let’s see you there.