03 MIN LI-
RE
Accueil
Tous nos articles
Trax Lab: the new Beats Pill+ speakers, yet another rip-off?
Écrit par Fouad Bencheman
Trax Lab is back the review the finest music devices. This week, the summer heat clearly dictates us to talk about the perfect contextual tool: small wireless speakers. When facing a choice internet has many things in store, there speakers of every kind, every colour for any budget. Usually we are not keen, to say the least, on Beats products, particularly their headphones. We agreed to give them one last chance and we tried their last speaker: the Pill+. Should Beats definitely be banned from any decent music shop or is there room for redemption?Translated by Antonin Pruvot

It is no news, Beats masters the art of marketing quite well. Since the company was bought in 2014 by Apple that did not change at all, quite the opposite. With the fire power of the Cupertino firm went from master to grandmaster.

The cheap fakes sold in the subway or on the beach and the overwhelming presence of the products on footballers’ heads or in Youtube videos like Nike Football, put us close from an epileptic crisis. Especially when we know the product’s price and sound quality. It’s not hard to see why one would be reluctant.

Earlier this year when the speaker came out we politely refused to review it: “This is a tipically summer item, so we’ll wait until then. The real reason would have sound like: “We know your headphones, so no thank you!” July comes around and we get asked again. This time we accept with a sadistic mind and we laugh in advance about the coming article: “The bad-before-we-wrote-it review!” 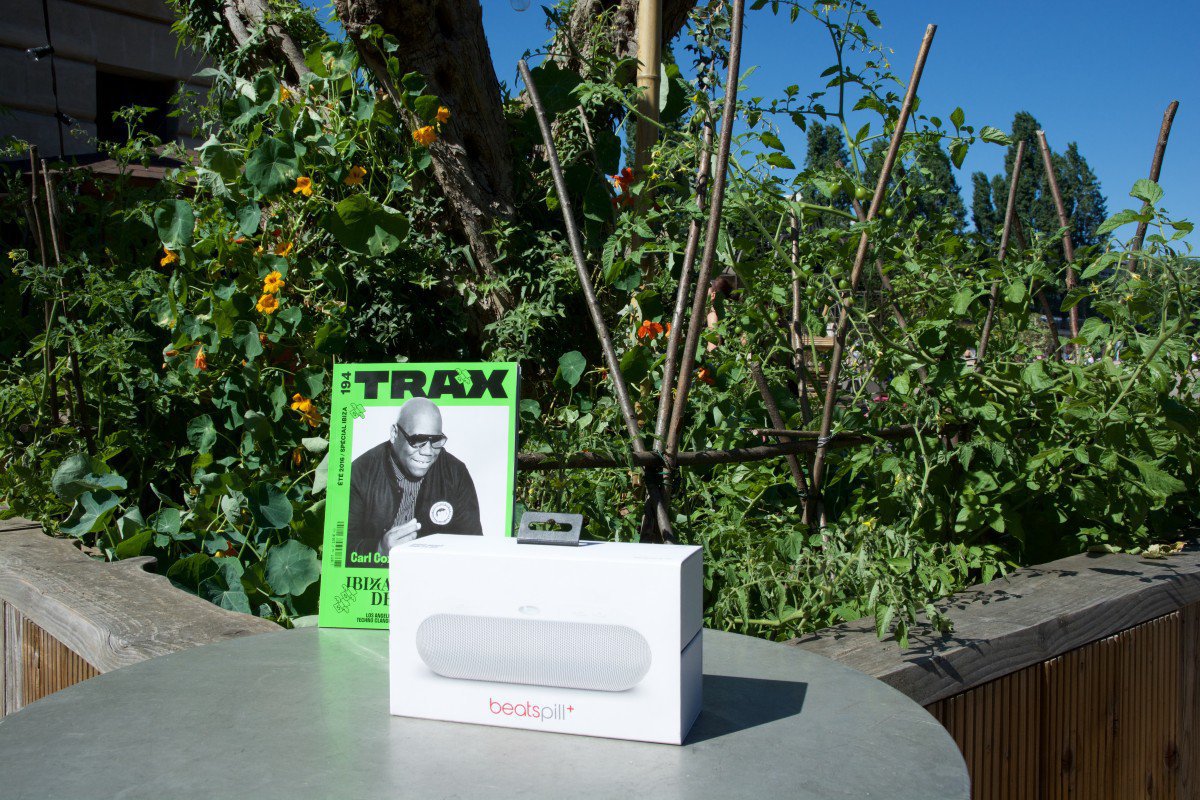 We quickly understand the starting price of 259 euros when we unpack it. The packaging looks good and we suspect that it plays a big role in the price: it feels like opening an expensive cognac bottle. Except for cardboard fetishists (which we are not), that nice packaging directly goes to the bin. 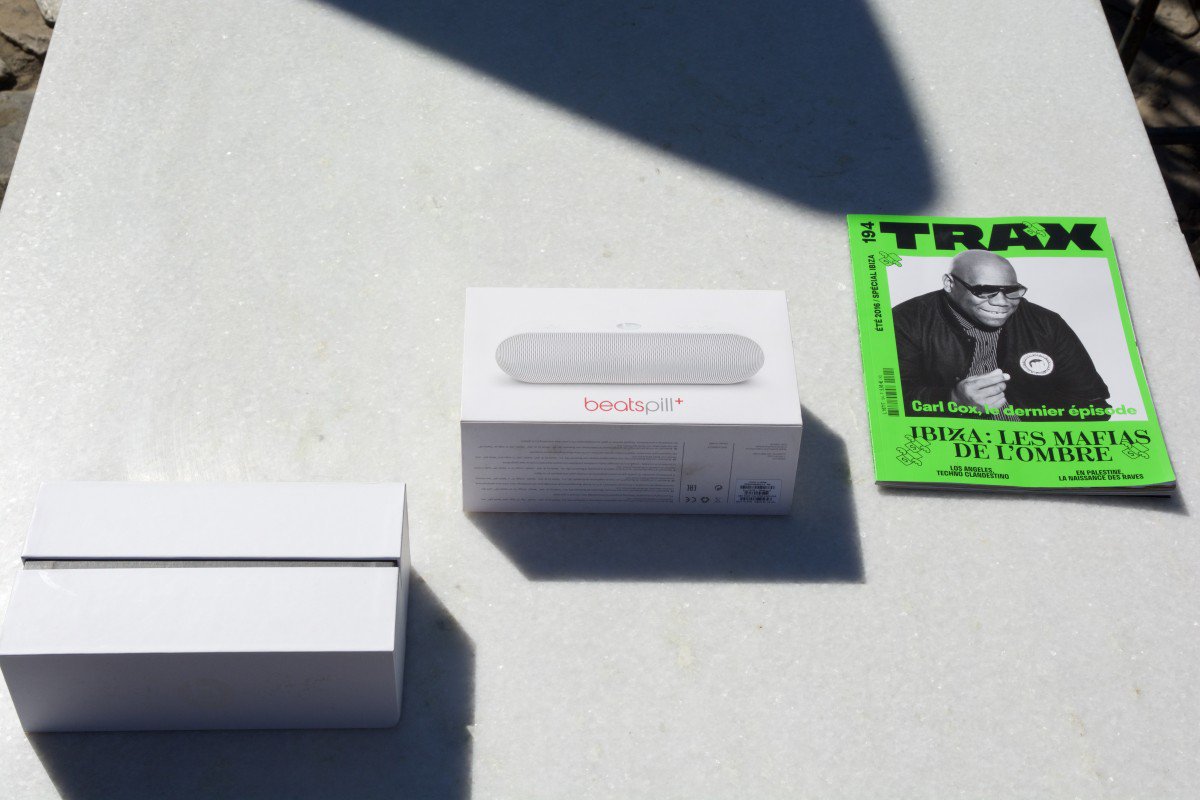 Let’s be honest, on the design the speaker clearly have the touch of Apple on them. It is a nice item to look at. The shape indeed looks like a pill, with nice curves on the side. The famous “pebble” design held dear by Apple. Two grids on the front and the back, separated by a wide white strip. On top of it the “on” button and a big “B” key that is used to pair the speaker with your devices, to monitor the music or to take phone calls. 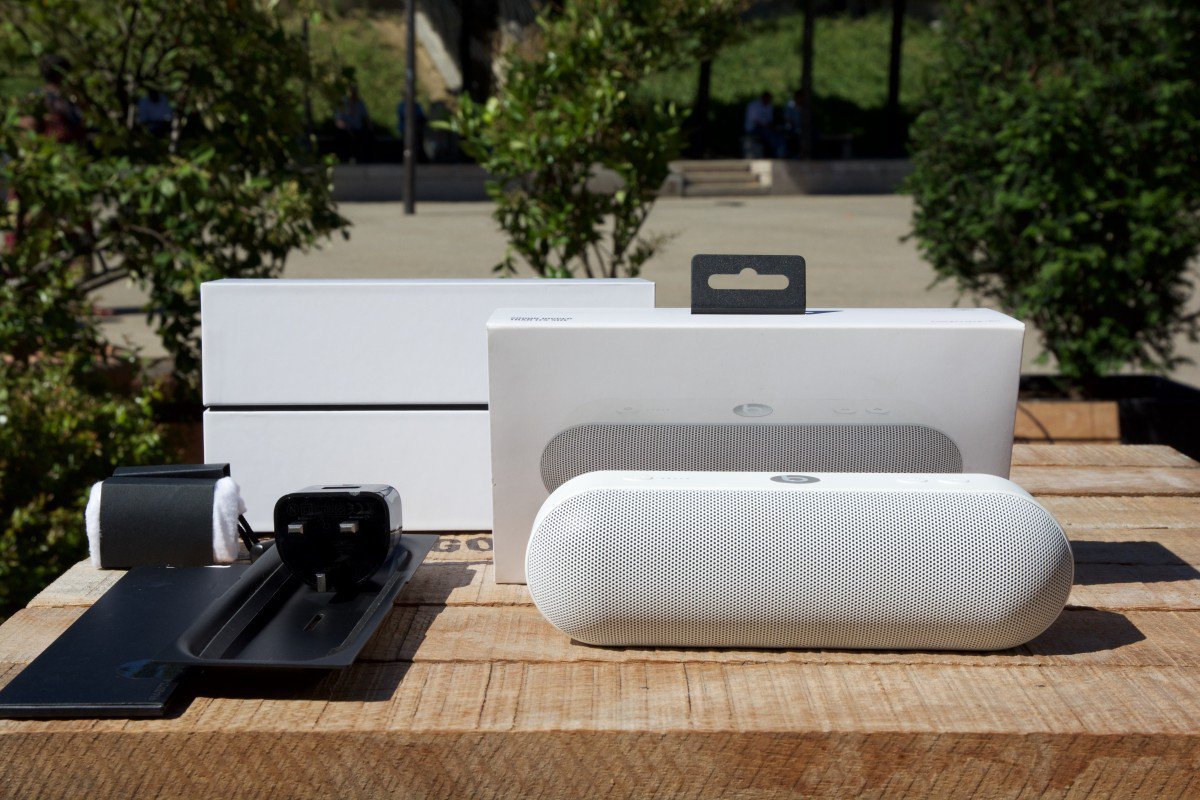 On the bottom a little hatch reveals a regular USB port, a Lightning one and an auxiliary audio input. So far, so good! It seems tough, although a bit heavy. It weights 750 grams when its competitors rarely go above 500 grams. 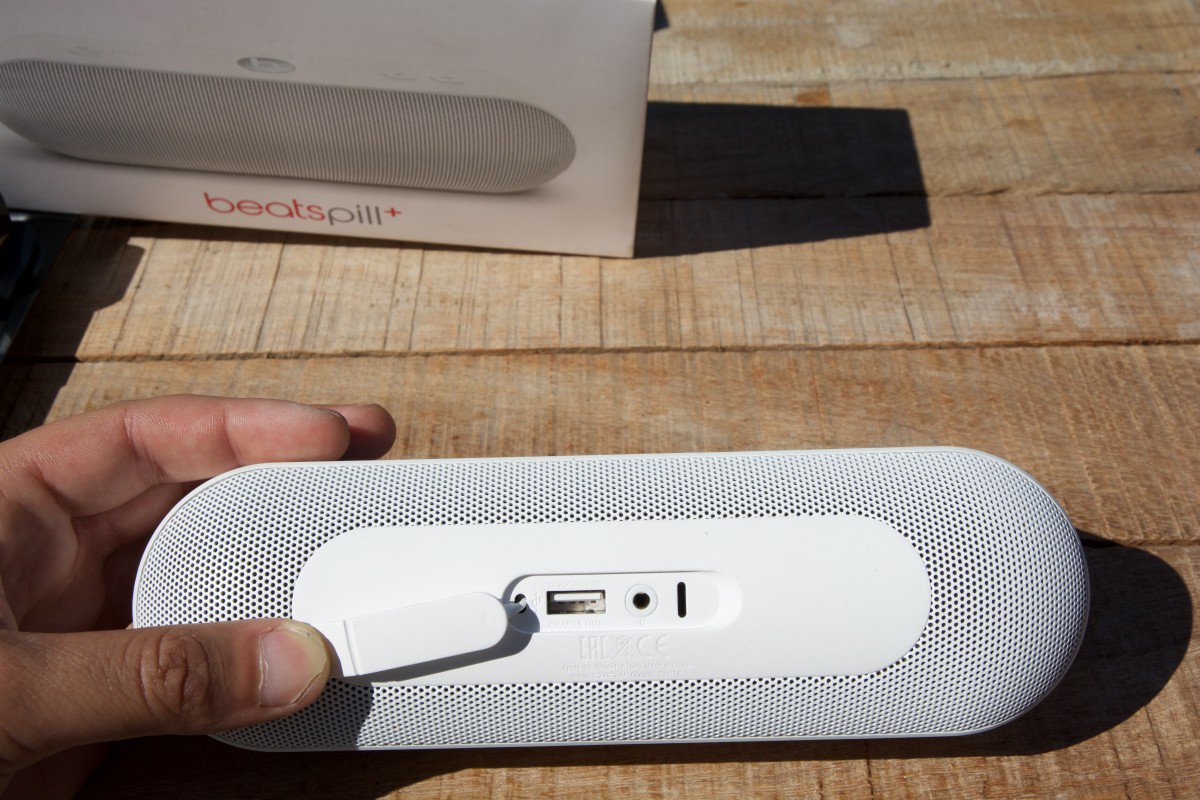 The head in the basses

The pairing always go without flaws, be it on an iPhone or an Android. Sorry but (thank god!) nobody uses a Windows Phone at Trax Magazine, so we cannot really say anything about it. We decided to try the Pill+ outside because we considered it to be more relevant, as you are more likely to use it at beach or in a park, rather than in your toilets. For our playlist we chose to start with a good classic from the Fluokids days, “Disco 128” by Christopher & Raphael Just.

During the first moments of the track (0,44” – 1,14”) we are fairly impressed by the sound breadth. You can push the volume up without the sound getting blurry. The tone for the basses stays warm, Beats’ signature sound, omnipresent and punchy like a cold shower after a hot day in the sun. We enjoy it, it seems that people around us do too. We follow with something a bit more technical: Boys Noize – Euphoria feat. Remy Banks.

From the first notes of the voice appreciate a well detailed sound. The basses still kick as soon as we go above 50% volume, below that the sound is too flat. We measured that at maximum capacity the volume reached 102,4 decibels. The 4 speakers (2 for high frequencies and 2 for low ones) really do their job properly. 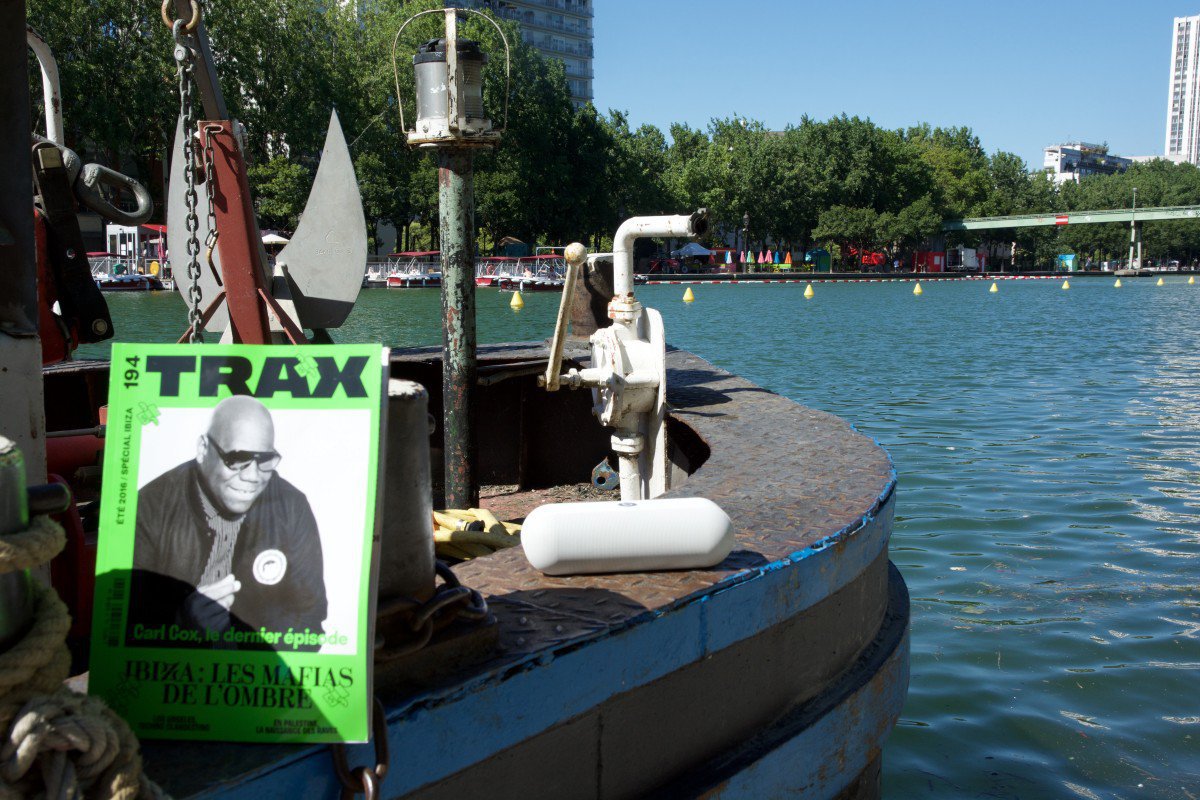 What is it?
A bluetooth speaker, well conceived, pretty and a basses oriented sound. The sound is powerful but doesn’t have the B&O Play A1 speaker’s clarity.

Why buy it?
To be loud, it is probably one of the best speakers to that regard. Furthermore, a 3 hours charge will give a 14 hours autonomy. Which is very satisfying. We already regularly forget to charge our phones so it’s a good thing we don’t have to charge our speakers that often.

Why avoid it?
For that price we regret that it isn’t waterproof. We aren’t asking to take it in a diving session in the Aegean Sea but it being protected against splashes would have been nice. If you look for a similar speaker but waterproof we highly recommend you look into the really good UE Boom 2, which also happens to be cheaper. Our last grievance would be the colour, such a pristine white tends to get dirty quite fast.

Our final opinion:
Full of prejudices before we even started, we were not expecting much from the Pill+. Without completely seducing us it still managed to show a few qualities (design, long lasting battery, powerful sound). It might be worth a go since the price dropped under 200 euros. It was at least for a half reconciliation with Beats, a summer romance that we hope will last.