02 MIN LI-
RE
Accueil
Tous nos articles
This is how the Berghain neighbourhood will look two years from now
Écrit par Aude Juglard
At the beginning of June, the Berlin council unveiled plans for the construction of a monstrous shopping centre around the Mercedes-Benz Arena. That is in the surrounding area of the la Mühlenstrasse, just behind Berghain… Translated by Henry Hodson.

With work due to finish in autumn 2018, the new Friedrichsain complex is a colossal plan undertaken by the Berlin council in order to ‘revitalise [the East part of the city] with light and technology.’ And all this, right next to the temple of dark techno and forever phone-free haven that goes by the name of Berghain. 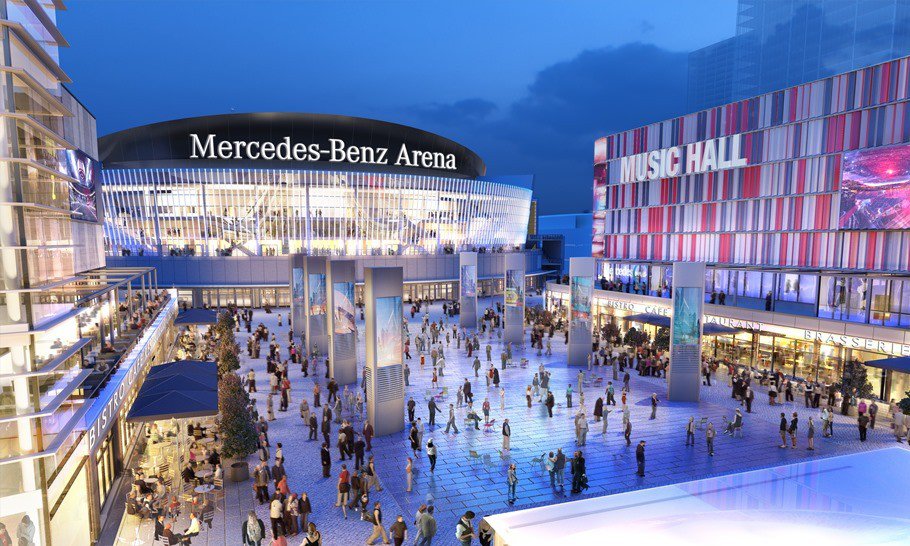 History seems to repeat itself once again as the gay club Ostgut – ancestor of Berghain – was forced to close in 2004 due to the construction of the Mercedes-Benz Arena. This time, the location of the club is not directly under threat of the extension since the Mercedes-Benz Plaza will ‘only’ occupy the 20,000m2 which separate the Mühlenstrasse from the metro line.

The main worries in fact concern the atmosphere of the area, which many fear could dissipate under the changes. Anschutz Entertainment, CallisonRKTL, Arcadis and the governing mayor Michael Müller (SPD) have taken no half measures. Not one but four architectural complexes are announced as part of the plan, for a total cost of 200 million euros.

For the leisure side of the project, a 14-screen cinema to seat an audience of 2500, a 28-lane bowling alley, 15 restaurants and a concert hall with a capacity of 4000 will all be part of the new work. And to accommodate for the tourists and business people, 10,000 m2 of office space, a tourist center, and two hotels with a total of 372 rooms will be built. It is difficult to see how this little bubble of tourists and families will harmonise with the zombified crowd as they emerge from the depths of Berghain on a Monday morning. 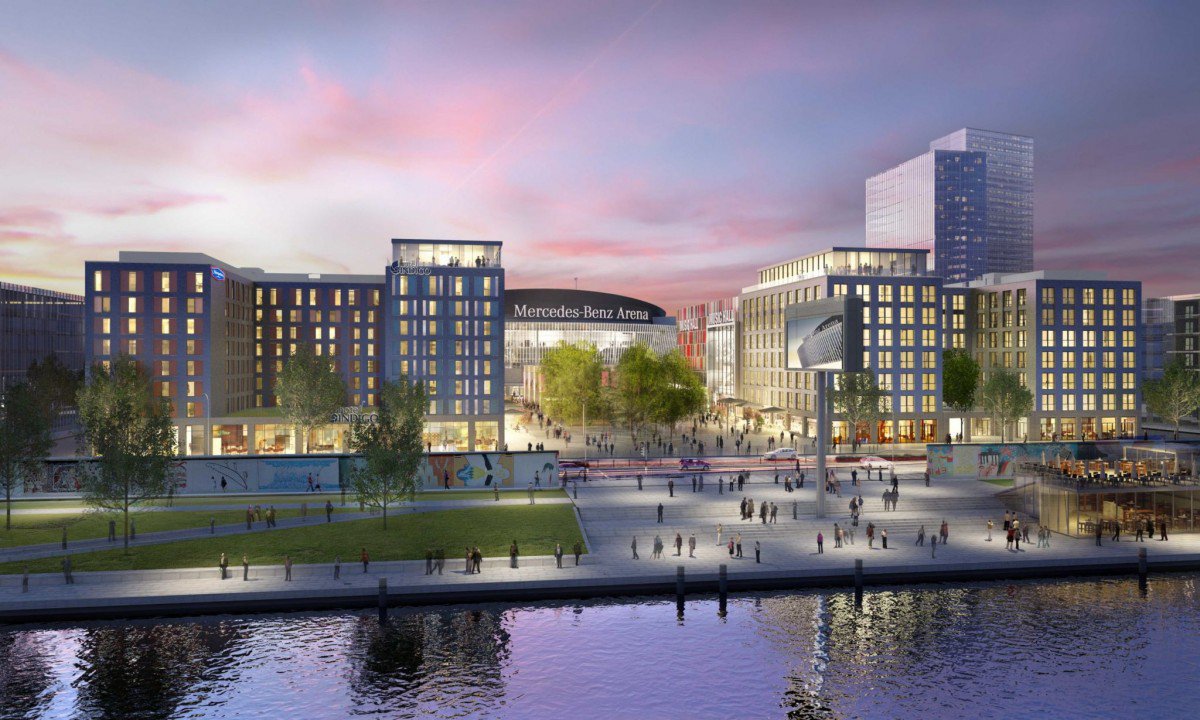 The mayor of the SPD futhermore expressed a desire to see the dynamism of this new complex spread through the whole of the neighbourhood. According to him, a few years from now Friedrichsain should see 20,000 more people coming to work there and 4000 new homes.

In the face of the immense project, it wasn’t long before protesters made themselves heard. In addition to concerns surrounding the incongruence of the commercial plans with the feel of the area, some have spoken out about potential congestion, but also, and above all, about the site’s proximity to the East Side Gallery. The Berlin underground scene bites its nails. 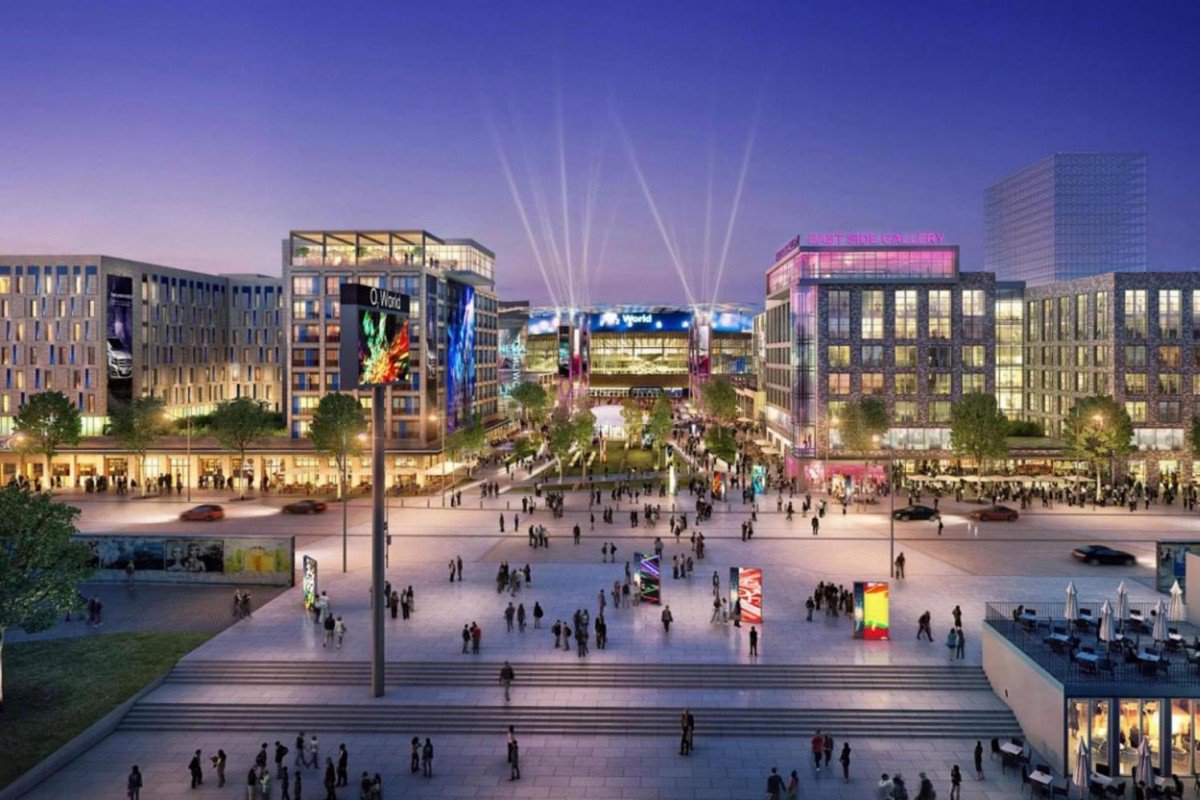 Despite it all, the statements of key figures behind the project are encouraging: the mayor affirms that all will enjoy the benefits once the area is built, while the director of CallisonRTKL goes as far as to say that he believes ‘the new district will represent the same emphasis on freedom of expression at the heart of the creative renaissance that followed the fall of the Berlin wall.’ Who knows, after all, perhaps pre-drinks at the bowling alley will be the new ritual on the road to Berghain…