03 MIN LI-
RE
Accueil
Tous nos articles
The Seine bursts its banks: several Paris clubs forced to close
Écrit par François Brulé
Photo de couverture : ©François Brulé
Last year, the city of Paris and local authorities noted the risk that the Seine would see large-scale flooding. This morning the Batofar and the Petit Bain published a number of photos showing the quays utterly submerged, while both announcing the cancellation of events this evening. At the quai d’Austerlitz, measurements of the water level are taken hourly. Until further notice, the flooded banks will remain off limits to the public.  Translated by Henry Hodson.

On Tuesday 31 May, the Seine reached heights of 3.73 metres at Quai d’Austerlitz. As stated Emma Haziza, a specialist in Mediterranean floods, on newspaper Le Monde’s website: ‘the greatest flood of recent memory (2010) came up to 3.92 metres. The authorities have ruled the closing of shipping routes when the water level reaches 4.30 metres on the Zouave du pont de l’Alma statue.’ The statue already has its feet in the water. According to Haziza, also the president of Mayanne, an association for the prevention of flood risk, the next in danger would be the underground buildings of the RER C train network. While the situation remains far from this point, the Parisians are asked to remain vigilant.

Some of the barges housing clubs and bars have declared the cancellation of their events for Wednesday night: ‘In light of the flooding, the council has ordered for the quay to be closed. We have no choice therefore but to cancel today’s events. For the moment, we can confirm that the Archimade night is postponed to July 21. Ticket holders will of course be able to reuse them on the night,’ said Fanny from the Batofar. In four years of working as a promoter for the club, Julie Hardouin remembers ‘there was one serious flood but we never had to close the boat for that reason. It really is exceptional!’ For the coming weekend, the Batofar awaits the 10 o’clock weather forecast to confirm that the next scheduled nights will go ahead.

Last March, the Paris police force made preparations for the flood of the decade with their crisis control exercise named ‘EU Sequana 2016’. Though this was only a simulation, all who would potentially be affected were informed by the police: Paris transport networks and hospitals, Banque de France, EDF, Orange, Veolia and more. But the Batofar team states it was not informed of the simulation.


Water level simulator of the Seine in Paris by mairiedeparis

The Petit Bain concert hall is also amongst the barges affected by the rise of the river. Johannes Bourdon, in charge of communication for the venue, told us ‘all of our events are cancelled until Sunday, but we hope to be able to reopen next week and will keep the public updated.’ For ticket holders, Le Petit Bain will try to put on ‘as many events as possible’ at a later date. In which case Johannes assures that ‘they will be able to choose between reimbursement or the new date, and if we are unable to postpone the event, we will of course refund all tickets.’ Contrary to the Batofar’s statement, the concert venue had been following the ‘EU Sequana’ initiative. Johannes Bourdon explains that ‘the Petit Bain was one of the cases studied for flooding: technically the boat must close its doors to the public when the flooding goes beyond 3.9 metres. We were forced to put this rule into practice from yesterday morning.’

For their event on Thursday 2 June, Showcase was able to find another venue. Sylvain Guerras from their artistic direction announces however that ‘Friday and Saturday’s nights will be cancelled. We are currently looking into organising new dates but this takes time as we are working with international artists. We will soon make announcements about these potential dates. In any event, all ticket holders are entitled to a refund.’

Due to the aptly-named Weather festival taking place, the Concrete club of the same owners is hosting no party over the weekend. But the club is not free from the reach of this water rise. 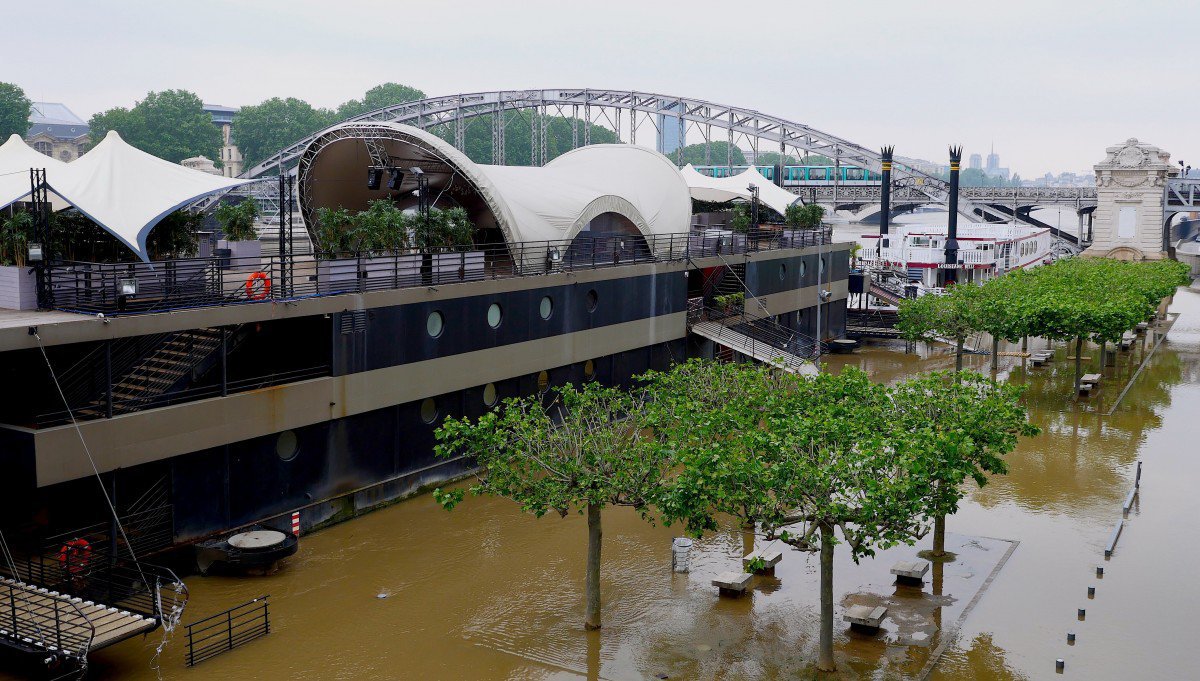 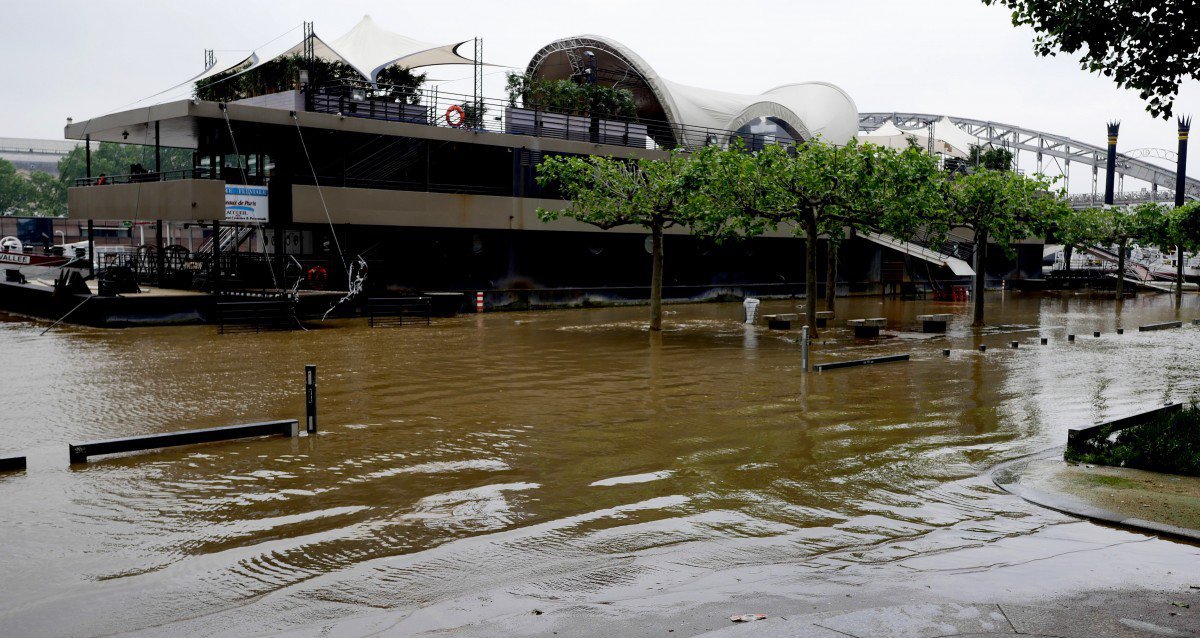 The Concord Atlantique team is pushing to ensure access to their boat this weekend, as they set up scaffolding over the quay to link the barge to the road. As one commentator states, perhaps that’s the secret to longevity: ‘rock the boat, don’t sink it.’

When it came to the venue Les Nautes, the organisers made light of the situation: ‘The bar will remain closed until the floodwaters recede. However, we will be opening a fresh fish stall from this afternoon!’