02 MIN LI-
RE
Accueil
Tous nos articles
The mayor of Detroit declares Detroit Techno Week officially open
Écrit par Théodore Hervieux
Photo de couverture : ©DR
The mayor of Detroit has declared the opening of the annual Detroit Techno Week, celebrating electronic music culture across the city. Building on the Movement festival which takes place this year from 28 to 30 May, the initiative plays a great part in the financial and cultural outreach of Detroit, and builds little by little on institutional support for techno music. Translated by Henry Hodson.

Once again this year, the mayor of Detroit, Mike Duggan, has officially declared Detroit Techno Week open; it takes place from the 23 to the 30 May, so recognising the good that electronic music has done for the largest city in Michigan. In his official statement, Duggan urges the importance of local participation for Detroit (see below). 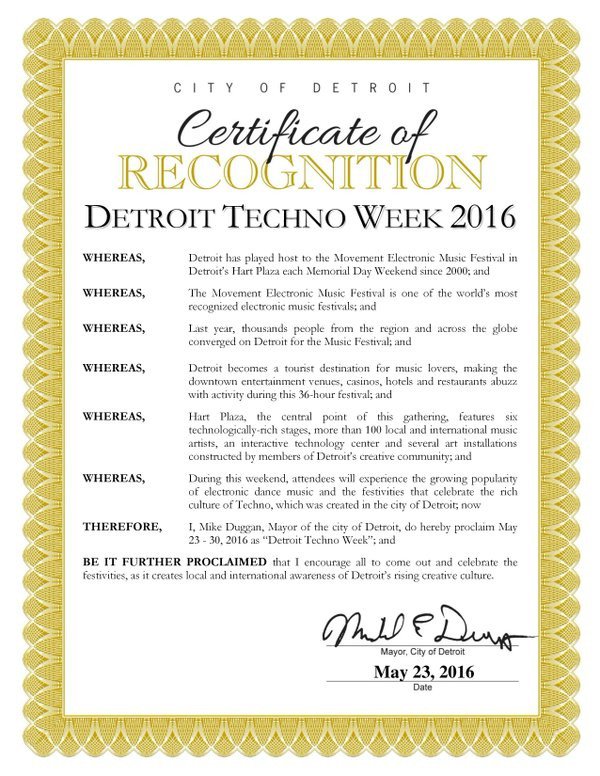 The event is an offshoot of the Movement festival, started in 2000 by Carl Craig and which takes place each year on the Memorial Day weekend in Detroit’s Hart Plaza. The gathering has known different names and prestigious artistic curation: from Detroit’s Electronic Music Festival (DEMF), it changed in 2003 for Movement under the direction of Derrick May, then for Fuse-In in 2005 with Kevin Saunderson at the helm, before taking its current name in 2006, the Movement Electronic Music Festival.

Whilst today the event is far more modest than it was when it has its start (around 100,000 participants last year compared to over a million in 2000), the city authorities understood that it was imperative to support a movement that makes such a contribution to the financial and cultural worth of Detroit.

In his book On This Day in Detroit History, Bill Lomis writes: ‘Attendance surpassed expectations, with estimates over the three-day run surpassing one million. […] City officials and others, including media observers and local businesses, saw the apparent economic boost to the city, with the Visitors and Convention bureau stating that in only its second year, the event had pumped over $90 million into the local economy’.

The 2016 edition of the Movement festival will take place from the 28 to 30 May: 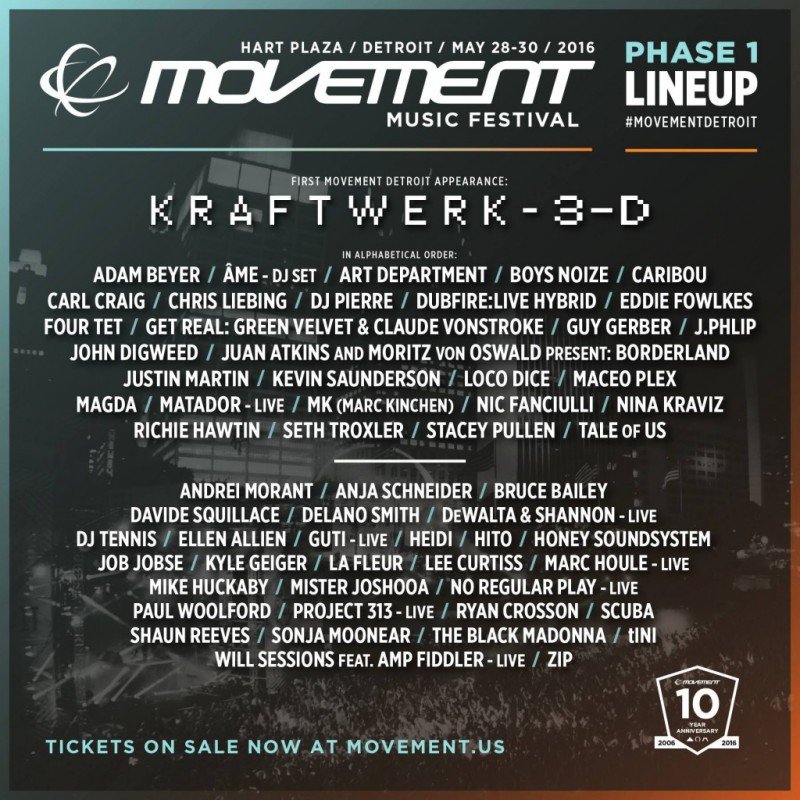 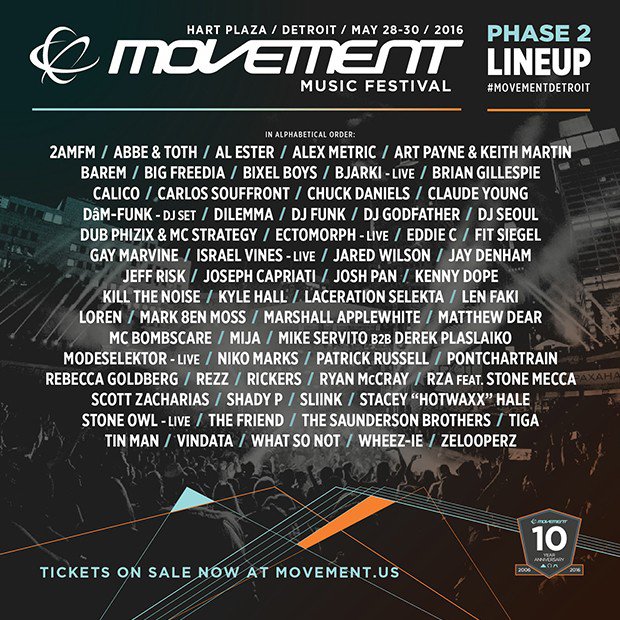