02 MIN LI-
RE
Accueil
Tous nos articles
The DGTL festival in Barcelona goes 100% vegetarian
Écrit par Thémis Belkhadra
Photo de couverture : ©Tom Doms
The DGTL Festival in Barcelona holds its second edition in the Del Forum park from the August 12th to 13th. The festival has been an ecological mindset for a long time and this year the Dutch organisers have announced that the food sold on the festival will be 100% vegetarian. Here’s why it’s a double good idea.Translated by Antonin Pruvot

If you want to learn how to organise a successful event with thousands of people while keeping your carbon emission to a minimum, DGTL people are the ones you want to turn to. The festival from Amsterdam recently exported to Barcelona adds at every edition a new ecological systems – and saves money at the same time.

With its program Revolution, “DGTL’s philosophy is to utilize nature as more than just as a backdrop, but as a means of (em)powering events in an environmentally viable way”. In that framework, the staff announced in February the use of re-usable glasses, and that they would replace gas fuelled generator by batteries and plugged in sources of electricity and -as ultimate sign of determination- collection of urine to create phosphate.

But their biggest achievement is the inauguration of a 100% vegetarian food offer. And this year for the first time they have decided to apply it to their Spanish edition. “Where in 2015 3 449 burgers were sold at DGTL festival, 0 burgers were sold in 2016. This comes down to some impressive numbers. To produce one beef burger around 1 550 litres of water is needed, resulting in 1,74 kg of CO2 emissions”. And indeed today meat production accounts for 18% of the world CO2 emissions. 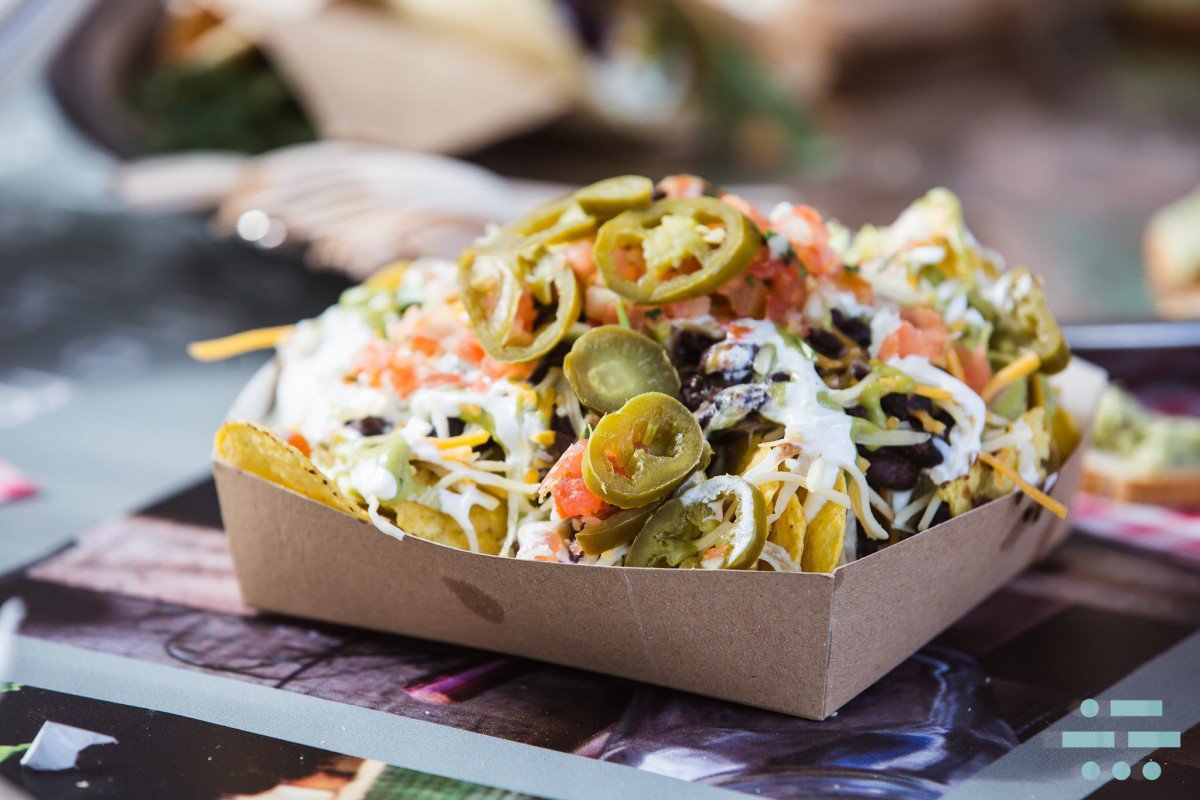 A meal at DGTL ©Tom Doms

This water – and CO2- saving is a success for an event of such a scale but beyond the savings the success is double. Offering only vegetarian food in a festival might be the best way to convince the most sceptical minds. Besides the pollution caused by meat production there are often doubts on the conditions of such production and on the treatment of animals.

In a festival, with the combined effects of chill, music and good vibes, the atmosphere is rather relaxed. Organisers of large scale events, like those of DGTL, have an opportunity to present the public with new ways of consuming, in a happier way but also as a chance to raise awareness on diverse issue, like meat consumption.

The DGTL fesival will be held from August 12th to 13th in the Del Forum park in Barcelona. It gathers many of the current big headliners, such as: Nina Kraviz, Marcel Dettmann, Paula Temple or Bedouin.