02 MIN LI-
RE
Accueil
Tous nos articles
The Camden Assembly, a new club to wake London up
Écrit par Thémis Belkhadra
A new club called the Camden Assembly will open in London on September 25th. The club will be able to welcome up to 400 people and bears the responsibility “reflection of the eclectic tastes young people have today.”Translated by Antonin Pruvot

The London neighbourhood used to be a European go-to place for underground cultures. Its alleys and its gigs witness their fair share of legends: Sex Pistols, The Clash or more recently the Libertines. It is still one of the first tourist attractions in London and that is why a 2.2 million pounds ‘regeneration project‘ has been launched. This is the plan that paved the way the rebirth of the Jazz Café last spring.

The teams of a few nightlife entities (Jazz Café, XOYO, Phonox and Sunfall Festival), partnered up to make the most of that dynamic spirit, and give birth the Camden Assembly. A club that will replace the former Barfly who had hosted bands like Coldplay or Franz Ferdinand. 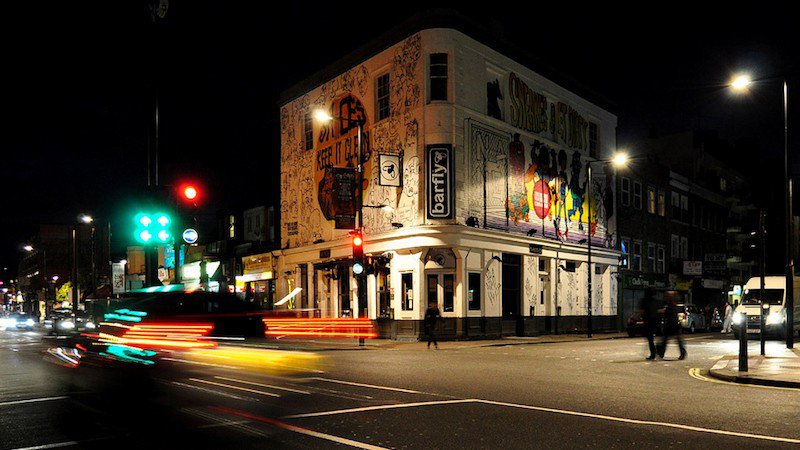 New name and new direction team: the Camden Assembly will not keep anything from the old Barly except maybe for the British spirit of the place. Andy Peyton in charge of the musical agenda explains further: “We want this venue not to be a monument to the glory days of indie, or the glory days of Camden, or the glory days of The Barfly. Instead we hope it will be a forward-thinking reflection of the eclectic tastes young people have today, something Camden and
London can be proud of.”

The Camden Assembly as a capacity of 400 dancers. We can already guess that its aesthetic will be made according to the underground, multicultural and urban identity of the area. The opening party will take place on September 15th with the grime bass lines of four notable artists of the local scene: AJ Tracey, DAVE, Yxng Bane and Seb Chew. On the club’s first Saturday night will be welcome Teki Latex! Ghetto house, grime, hip hop, punk or acid sounds, there are no Englsih vibes that will not get a spot in the Camden Assembly.

On top of that the food will be provided by Lucky Chip, the London restaurant that turns junk food into sophisticated cuisine. Count between 7 and 10 pounds for a burger. Tempting, right?