04 MIN LI-
RE
Accueil
Tous nos articles
Tasty Chops: download a pack of 16 new samples, every day
Écrit par Paul Brinio
As the Christmas season approaches, American producer Eraserfase has the perfect gift for all electronic music producers. After releasing packs full of samples on his site, the musician has decided to create his own download platform with daily updates. Tasty Chops is its name, and it offers its subscribers a pack of at least 16 samples, sent by email, every day. Melody, bass, synths… all these recordings come from obscure vinyl records picked up around the world by Eraserfase himself, at an incredible price. Trax had a chat with the producer about this new platform and what’s motivating him.Translated by Lewis Barnes

Can you quickly tell us your story?

I come from a musical family. My uncle was Aram Gharabekian, the conductor for the Armenian national orchestra. So that was a world that I was very close to, and familiar with, as far back as I remember. I’ve always wanted to do music. I started to make noises when I was 15 years old. I would record the conversations that my friends had when they came round to my house and I would make “beats” out of them. At the same time I was making a lot of rock and eventually I got to the stage where I wanted to make my own music without having to rely on anyone else. I got into the world of beat-making, and managed to make a space for myself in the LA scene. I’m signed to Dome of Doom records, which is distributed by Alpha Pup. My friend Daddy Kev mastered my first album, Obsoletisme and I’ve also been able to play at Los Angeles’ world renowned club weekly, Low End Theory. I’m pretty entrenched in LA, but I’ve also been touring the country a fair bit, as well as making a few trips around the world. Today, I continue to work in the beatmaking with Tasty Chops.

Where did the idea of making sample packs and selling them come from?

To be honest I think I was just stupid enough to think that it would work! [laughs] As a beat-maker I have access to a lot of different sounds, and I gathered some of the best sounds that I could find into a folder of all my favourite samples. I put it on the internet for a very low price, thinking it might be a way to make a few bucks. And out of nowhere, it actually got a lot of attention, very quickly. After that success, and being approached by a few different players in the industry, I wanted to switch to doing something more sustainable, which is how I came to doing the subscription service. I’m hoping it will also help people get into the practice of making a beat every day. I think that’s really the central idea of the project: nothing makes you a better producer than practicing all the time. If you’re making beats every day, and you have people around you working on the same kind of thing, you’re bound to come up with all sorts of crazy ideas. 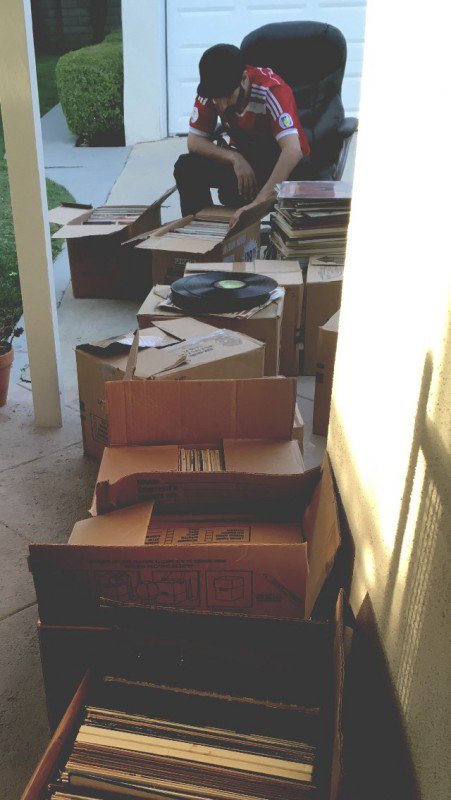 Here, we are very impressed by this concept and very reasonable price. So that’s where the idea for Tasty Chops came from?

Absolutely, the idea for Tasty Chops was to try to build a kind of community around beat-making, where everyone can help each other out. People can come together and help each other to become better producers.

Can you explain the principle behind Tasty Chops for us?

It’s almost like I’m your intern, or your assistant [laughs]. I spend the whole week digging up rare, obscure, or otherwise interesting samples, and I chop them up into unrecognisable pieces and I alter them to the point where they’re completely new sounds. I put them in a folder and send them out in an email every night at 10pm LA time. 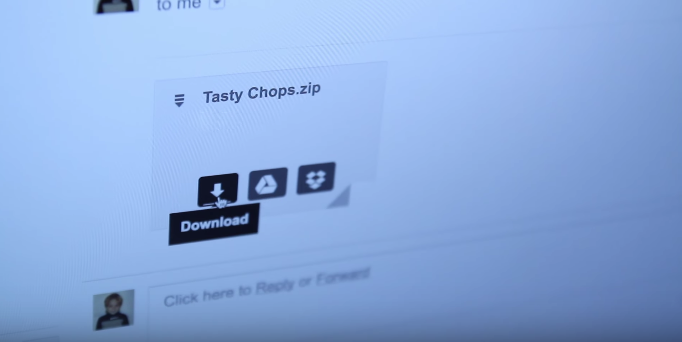 So every day when you open your mailbox, you find a little zip. folder with 16 or more melody and bass samples in it. You can drag them into your sampler or your DAW, add drums, and you’ve got a new beat. We decided to do a free trial, too, so you can give it a go for two weeks free of charge. But with all the samples you get over those two free weeks you’ve probably got enough to make a whole album [laughs]. And as we trying to make available to everyone, it cost only 5$ per month if you chose to continue the adventure.

“Believe me, with 16 samples by day during two weeks, you’ve got enough to make a whole album.”

5$ per month, it’s very interesting, for sure. So is Tasty Chops working well at the moment?

Well, generally people are choosing to continue the subscription at Tasty Chops beyond the two-week trial, so it seems to be pretty popular, and it’s growing, but we’re just trying to reach as many people as we can at the moment. For $5 per month, lots of people are interesting.

Where do you find all these obscures tracks and rare recordings, from all the samples come from in Tasty Chops?

I’ve been travelling the country for a few years, and I’ve been around the world a bit too. And everywhere I go I collect records. I pretty much spend all my time looking for obscure records, chopping them up and turning them into samples to make beats with. Everyone has something they like to do during their down time on tour. Some people like to find nice restaurants or bars, but for me it’s finding little record shops. As soon as I arrive in a town with a couple of hours to spare, the first thing I do is look for a nice record shop, and I’ll end up buying a load and then going down to FedEx and having them shipped back home. I really enjoy sharing these discoveries with everyone, opening up the vaults. I try to make it accessible, too, as much for experienced producers as for those who are just starting to make beats. However much experience you have, you’re always going to want someone giving you these new samples.

“We want to create a community around the beat-making. To help to come together and become better in their productions.”

So in your opinion, what makes a good record?

The first thing that will make me grab a record is the date. I always look at the date. For example 1973 is like the golden year. I also look out for bizarre or lesser-used instruments that have been used on the record. And there’s a weird visual aspect too… [laughs] If it has a pyramid or a triangle, or mountain peaks, on the cover, then it’s probably going to be a progressive rock or psychedelic record, and there’s almost always at least one good sample on those records. I have loads of little techniques like that but I’m not going to give them all away…