05 MIN LI-
RE
Accueil
Tous nos articles
Reviews: the 10 records you need to listen to this Summer
Écrit par Partenariats Trax
Every month Trax selects some of the best release of the past or coming weeks. On the verge of the coming summer here are 10 albums we think you can’t spend your Summer without listening to. Translated by Antonin PruvotNote: Our Summer’s best album is not in this selection but can be find in the printed edition of the magazine.

20 years is not that long, but 20 years in the music industry is a lot! Founded by Gilbert Cohen, DJ Gilb’R for the well informed, Versatile built itself a nice panel throughout the years and never really followed trends. The label started during the golden age of French Touch but managed to avoid falling into low quality filtered house and tasteless minimal of the early 2000s. Quite the opposite Versatile cruised along those movements without imitating and taught a lot of music enthusiasts throughout the years, with its talents digger skills. Pepe Bradock, I:Cube, Ark, Joakim, Society Of Silence, Zombie Zombie and many others participated in the greatest moments of the label. They were sometimes known before but sometimes not. This compilation willingly does not put forwards classic tracks like Disco Cubizm or Sunshine People. Rather that compilation is a retrospective of a label that grew well and never compromised itself. 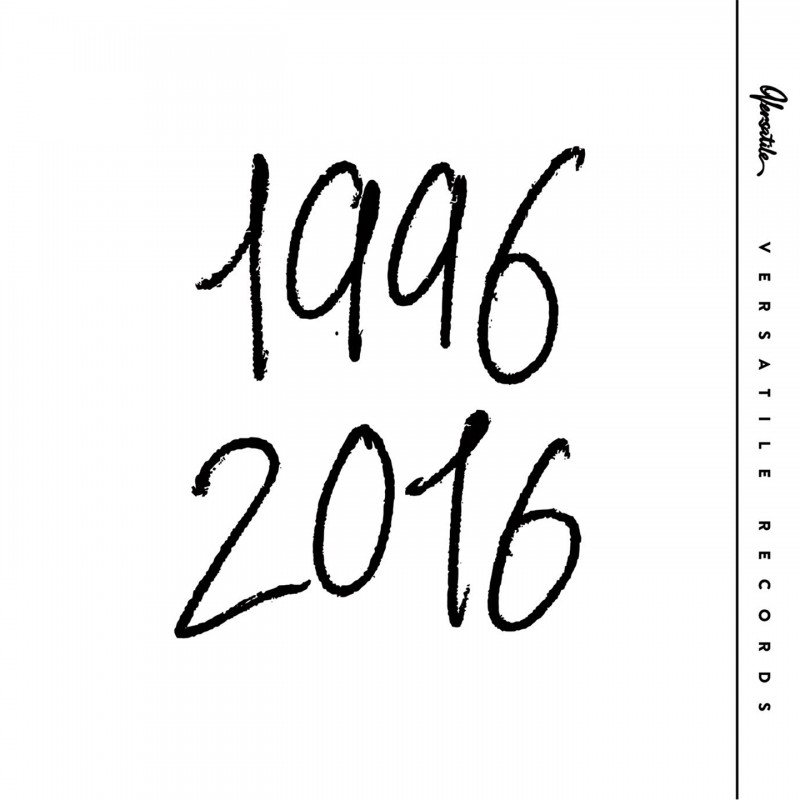 The Black Dog dissidents always incarnated some polite filiation to Autechre or AFX’s radicality. That politness might make them a bit less “exciting” but they still are major architects of our music: for twenty-five years they coordinate an imaginary orchestra composed of Erik Satie, Kraftwerk, Juan Atkins and Chico Buarque, a singular, recognisable and coherent universe, a rare true master piece of electronica. For that fifteenth LP, the duo calls in a musician to play strings and wind instruments, but except for 3 tracks, the general aesthetics stays electronic. The label “Melifer” and “Held” offer the best synthesis between acoustic and electronic, guitar and synth arpeggio mix together in a harmonious sound, “Yu Mountain” or “Clock” easily gain the public’s appreciation, and finally Plaid is in the continuity of Greedy Baby with contemporaneity and relevance, introducing danger in a quite and reassuring universe. 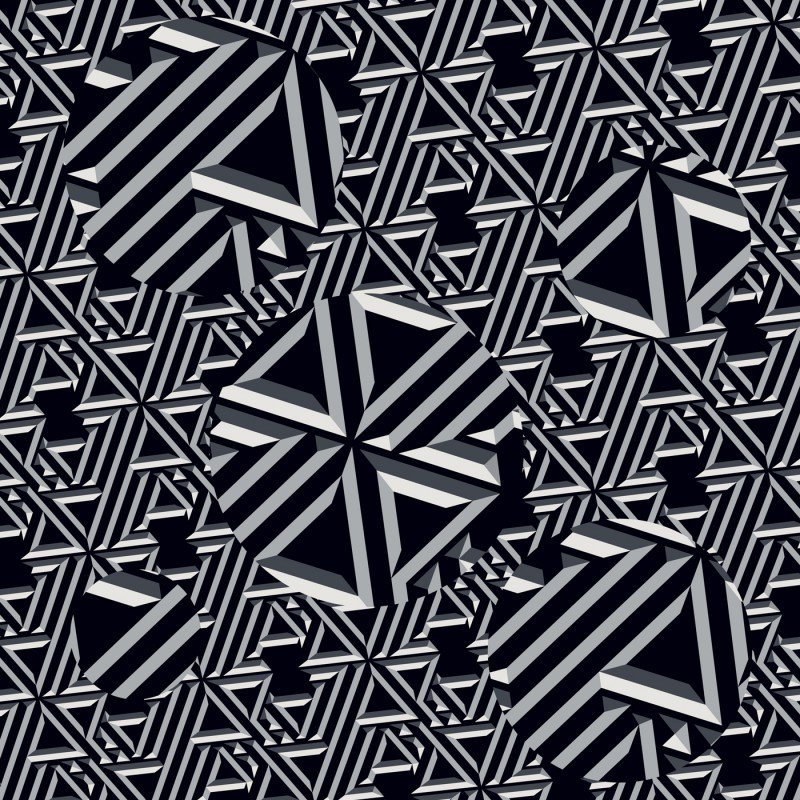 The rare albums of Cassius are always characterised by originality and well thought production. Au Rêve, released in 2002, that reached the status of classic, was a good example. Cassius now evolves in the high spheres of music. But this is not the result of luck, Philippe Zdar and Hubert “Boombass” have a considerable background, built, from the times of MC Solaar the success of French Touch, onwards. Extremely respected and demanded in the industry, the duo is always busy producing or mastering other artists. Hence why it took the 10 years to give 15 Again a follow-up. This time the audience is invited to a journey in Ibifornia, a wonderland. In this journey the guides are Ryan Tedder, Mike D (Beastie Boys), Pharell Williams, Jaws (dOP), John Gourley de Portugal and Cat power. Indeed, Ibifornia‘s composition is one to dream of. It may seem like an unnatural mix but the outcome is an out of time and space success. It’s Summer, it’s hot and it’s more than alright. 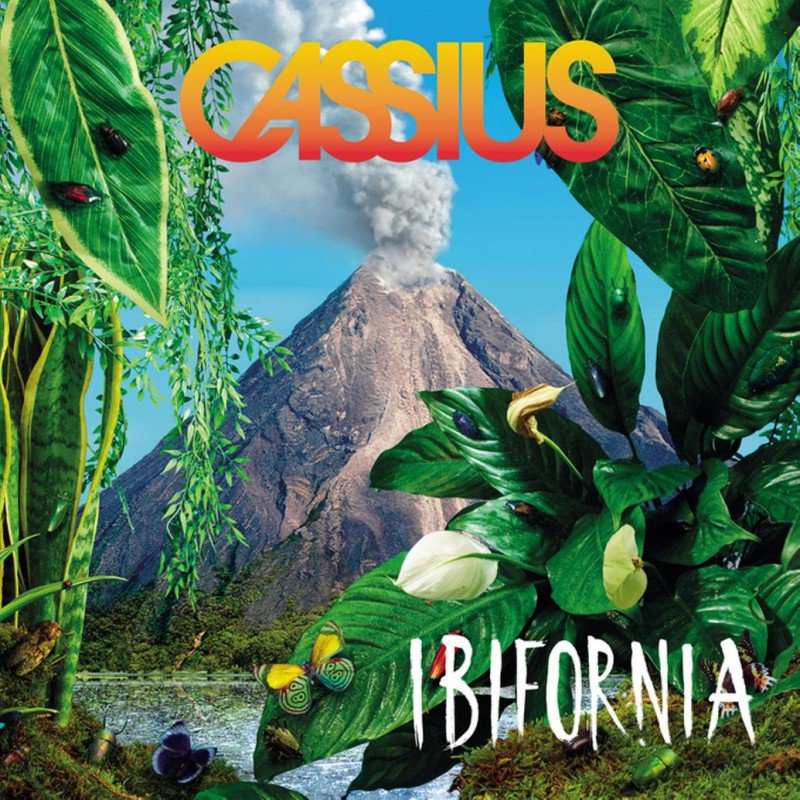 Let’s be transparent here: the label [re]sources was co-founded by Antoine Buffard, Trax Magazine’s boss, some two years ago. But far from string-pulling and compromising editorial choices, the presence of that compilation in this month’s selection is well deserved. With grime, ghetto tech and Night Slugs style club music, as a central pillar, [re]sources built itself a strong, coherent and ambitious selection. Besides Sound Pellegrino from Teki Latex, such projects are scarce in the French electronic universe. And it’s exacty what makes this first volume, Club Hexagon, so interesting, gathering the label’s 100% French elite. The elite here is composed of the young producer from Lyon Chaams, Dehousy, the label Tommy Kid’s boss, with his excellent “Shanghai” that is to be listen at full blast, and some friends from here and there (She’s Drunk, Nunu, Moke or John Vitesse with the promising “Oklou”). Eight banging tracks gathered by the love of TNGHT style thick beats and a shared idea of what the future’s music is going to look like. For once France is in, let’s enjoy it. 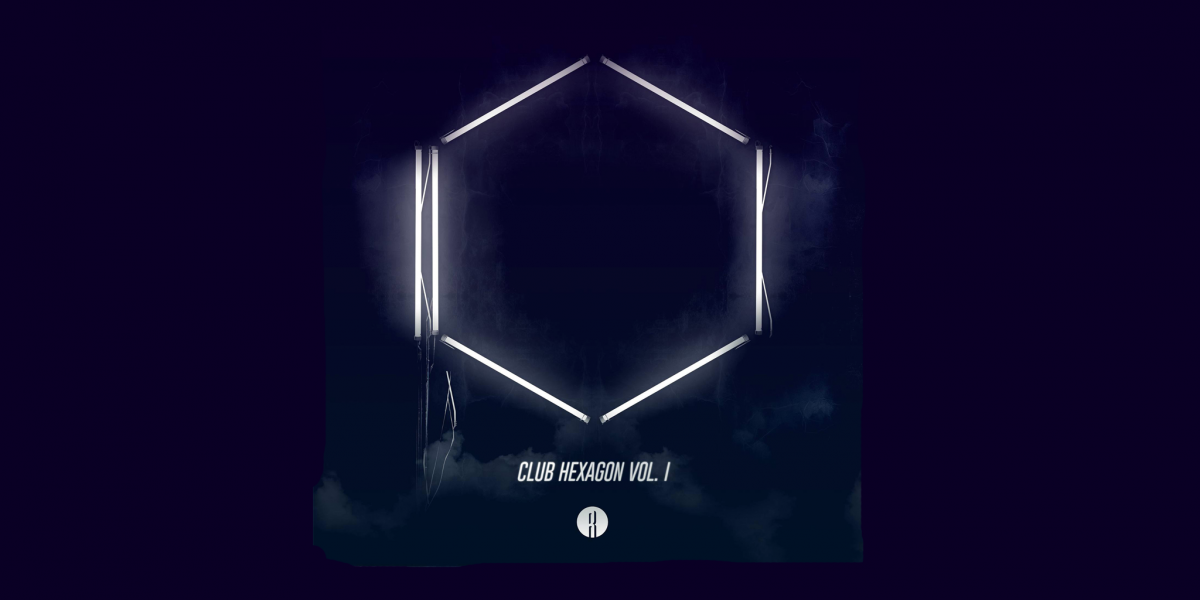 Objekt is not just a talented and cautious producer, he is also an audacious and perfectionist DJ. It took him six months to shape the third volume of Kern released on Tresor. In thirty six tracks, for seventy five minutes, Objekt is drawing a fascinating universe. The said universe: a place where rarities meet exclusivities, where transitions are possible, where dance is not just intense but sweet, where women producers have their say. The oscillation between house, techno and electro seems to be a delightful excuse to explore an extraordinarily rich sound. All this for a result scrupulously well made and yet that manages to preserve the temporal energy of a mix. 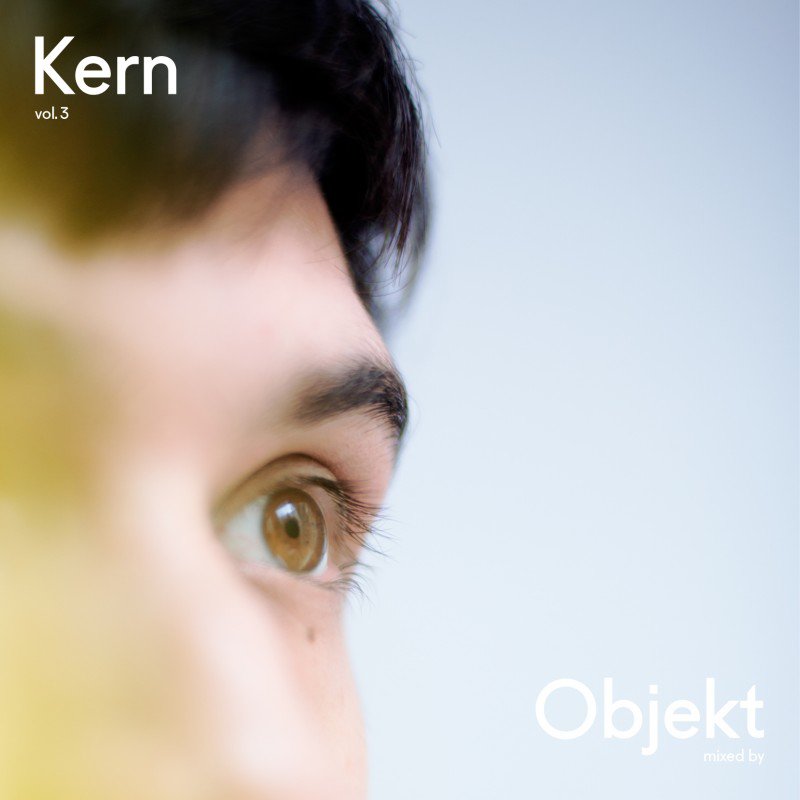 At the end of the 80s, the DJ Mark Moore started S’Express with Pascal Gabriel. In the peak days of acid house, the English band gets huge successes with tunes like “Theme From S’Express” which will monopolise the UK charts for a while. Often quoted reference, beyond house music, in the music industry, the S’Express project comes back with remixed versions or covers by artists who grew up listening to them. From Chirs & Cosey to Horse Meat Disco, also joined by Tom Furse (The Horrors) or Ray Mang, Enjoy This Trip is a blessed opportunity to dive (back) into pure British house. 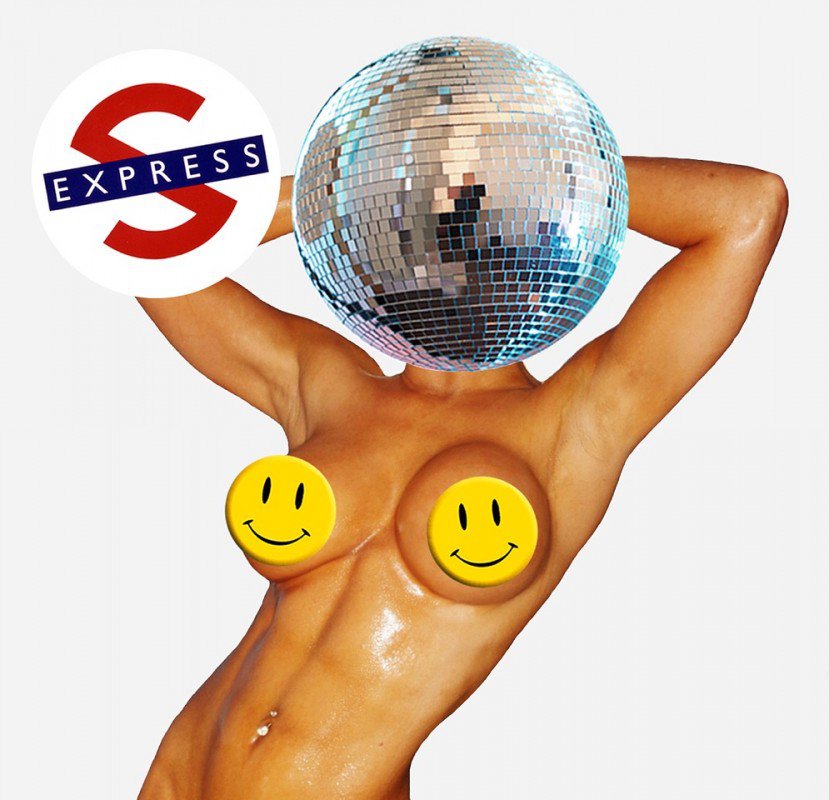 7/ DJ Shadow – The Mountain Will Fall

For his fifth album, DJ Shadow wanted to leave his “sample guy” image and show his new influences. The Californian MPC genius, who allowed so many unknown artists to come to light (David Axelrod is one of them), now prefers to use digital instruments, starting with Ableton Live: “For me it’s a new instrument and a new way of making music.” Yet the fans can stay assured, John Davis did not become EDM. With his never failing jazz spirit, The Mountain Will Fall stays in what Shadow masters: a five-star instrumental hip-hop. A few featured songs as extras (Run the Jewels, Niels Frahm, etc.) come to add up to what we can shamelessly call a fucking great album. We want more! 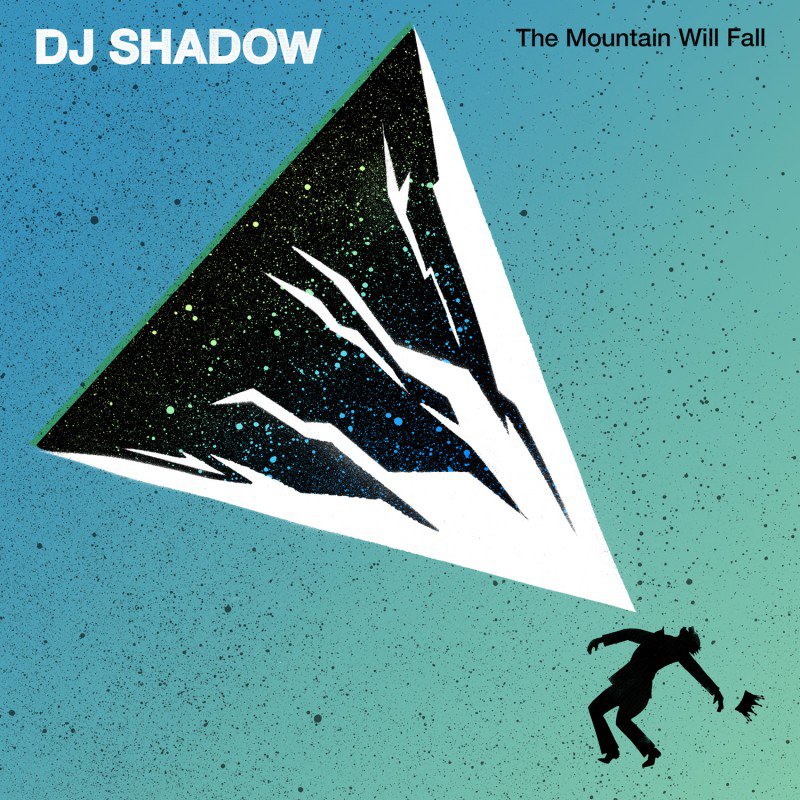 Last year, Marc Nguyen-Tan released Many Colours, an album made as a come back to light after a ten years silence from the label Output (apart from the Save! Project). The very prolific visual artist-producer published two albums a few months later. The two pieces mirror each other, one rather ambient and the other more dynamic, reflecting the different aspects of a quiet musician, one of the best kept secret of the electro-hybrid scene with its insidious French wave. The two albums are less dense but rawer than the previous albums, and without forcing the identity of such a synthesising artist, like Joakim managed to do in his days, post-punk, dub or ambient whims, that found their vitality under his direction. 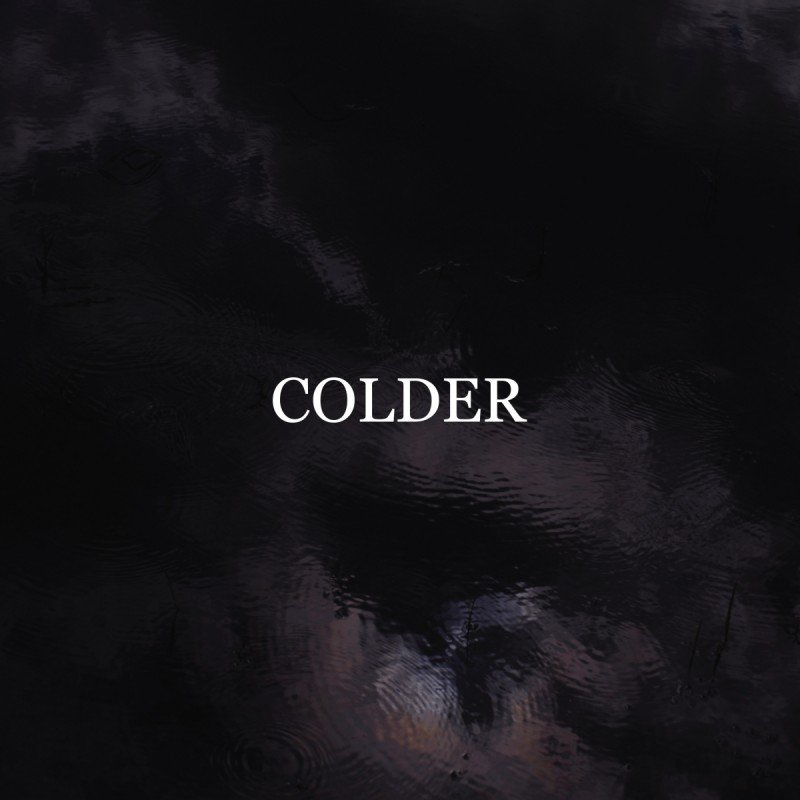 The Swiss ambient electro-pop trio, made a remarked entry on the international scene for its visually arty approach. The decision of Geneva’s Ethnography Museum (MEG) to open a series based on its sound archives to Sinner DC is then nothing but logical. Even if they are hard (if not impossible) to hear, the five long and mesmerising instrumental tracks are composed of traditional musics from Romania, Niger and Southern USA. Sinner DC has a particular talent is this domain since the album Mount Age that revealed them in 2006. Could psychedelic be a uniting bond between generations? Peter Kemper from Spacemen 3 will direct Sinner DC’s next album, Maps. 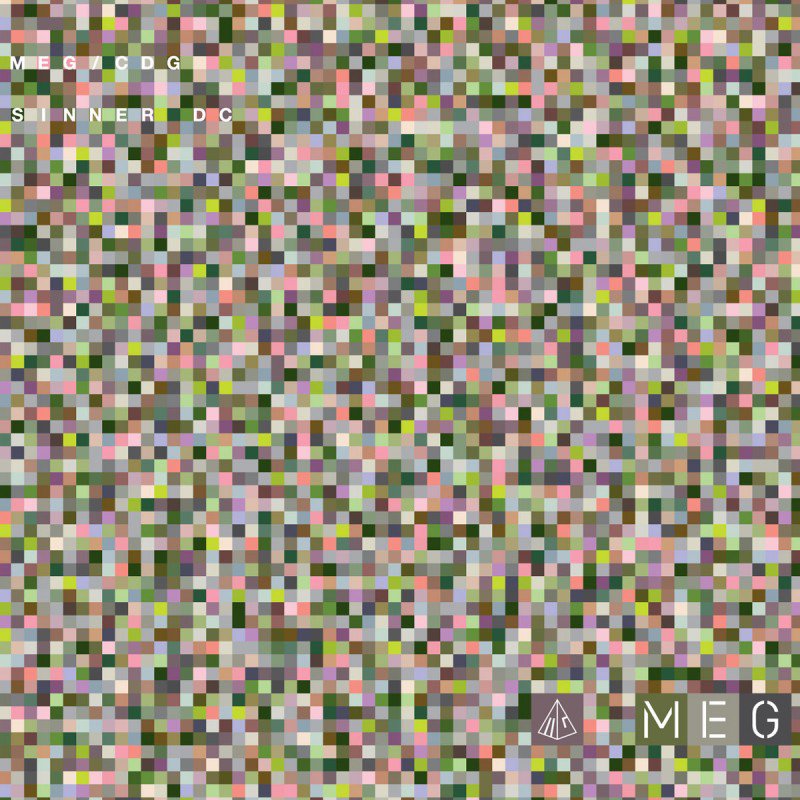 Four years after answering Gilles Peterson’s call with Cuban musicians, Mala comes back to Brownswood Recordings with his second album now sending us on a journey to Peru, Mirrors. He wrote dubstep’s history with flawless Eps and legendary dubplates, but the Londoner has yet to get used to big format. This second attempt is more coherent, the outcome is more fluid and energetic. A true challenge considering such a complex musical universe and such a diversified sound material. Here Mala imposes himself not as much as a producer than as an accomplished musician: he does not just shapes sound any more, he integrates it. The effort is less convincing than his club contributions but some tracks of Mirrors (“Kotos”, “Inga Gani” or “Zapateo”) are rare and precious UFOs. 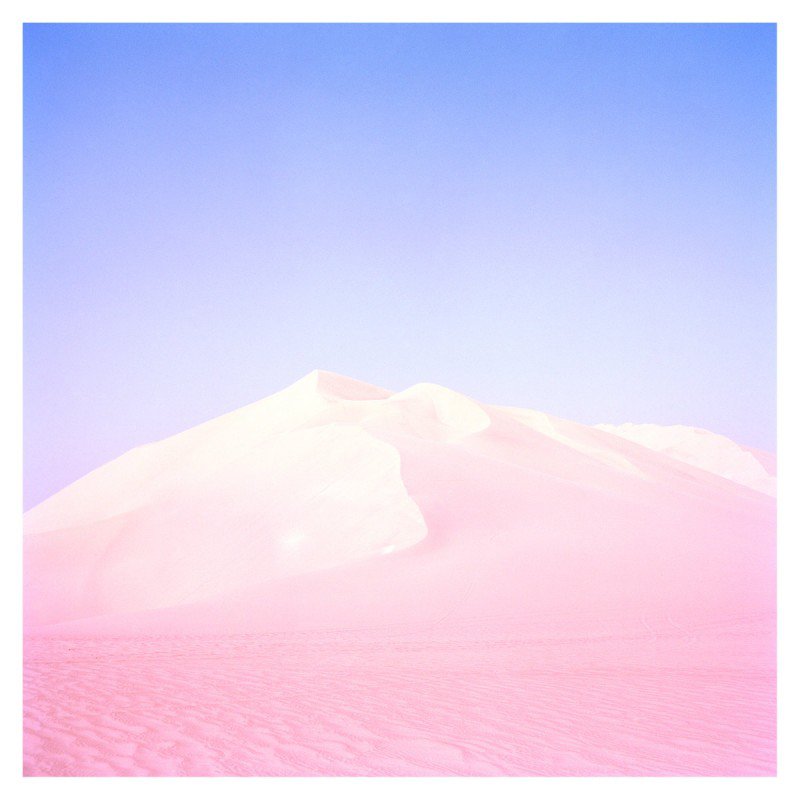