02 MIN LI-
RE
Accueil
Tous nos articles
La musique
Paul Kalkbrenner drops a new pre -1993 house, acid and techno killer mix
Écrit par Théodore Hervieux
0 Partages
After a first mix released in July, here is Paul Kalkbrenner’s second opus of his three parts saga. A mix trilogy tainted with nostalgia, a glimpse of what it was like ‘back in the days’. Now jump on that tracklist!Translated by Antonin Pruvot

Patience pays. We had been waiting for Paul for quite some time, the wait proved to be worth it. The eldest of the Kalkbrenner brothers, released the first of three mixes of music he listened to when I was young, earlier this month. The second one just arrived.

“Over Christmas 2014 I needed a break from recording my album, searching online for a song I recalled from my youth, I fell into a rabbit hole of thousands of YouTube playlists and posts, rediscovering the songs my friends and I would gather and listen to as 12 & 13 yr olds every Saturday in East Berlin on Radio DT64 (now Berlin’s Radio Fritz).

I stumbled Back To The Future, collecting over 5000 songs on YouTube, learning for the first time the artists behind the songs we heard almost 25 years ago. The forthcoming trilogy is the result of 18 months of building edits from YouTube recordings and stitching them together off-line. I could not include every song, nor indeed even the entire tracks from this small period before 1993, so this is my personal history of electronic music arriving in Berlin.” 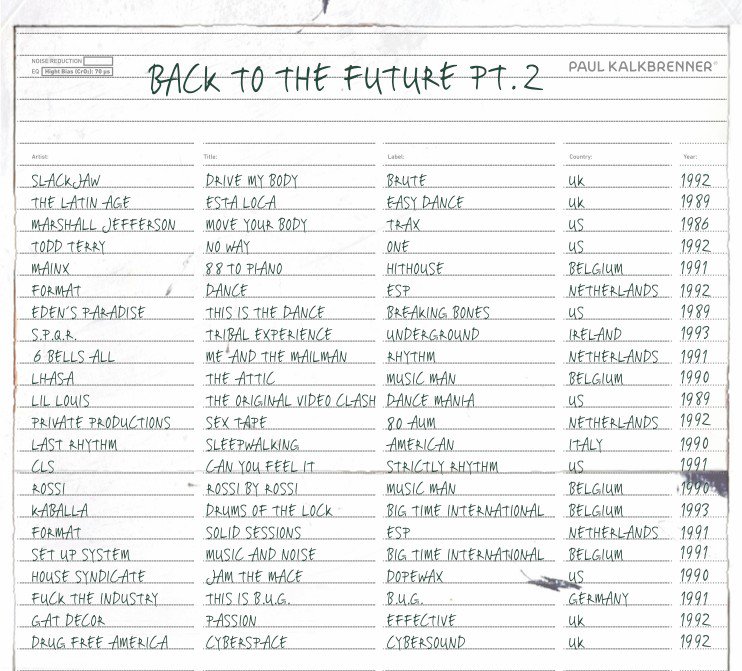 The tracklist of this second mix.

For our greatest joy, Paul Kalkbrenner announced that: “This trilogy will not be sold, it was a labor of love, born of nostalgia and made for sharing.”. Our ears are buzzing to hear the third that should come out very soon.

You can download it in high quality here, and in mp3 320kb/s here.

And here’s the first mix with its tracklist: 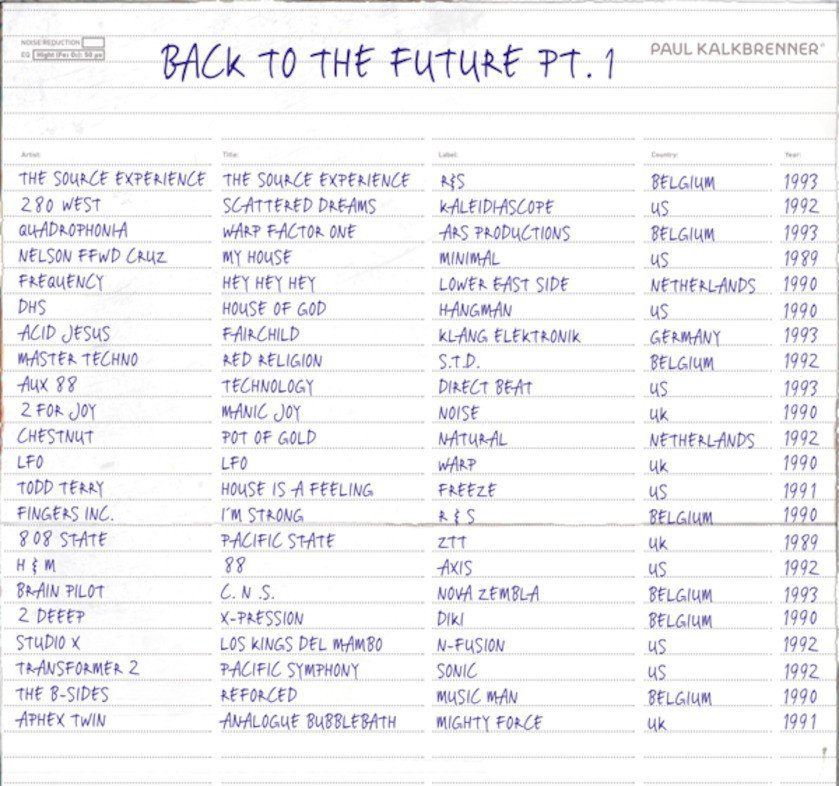