02 MIN LI-
RE
Accueil
Tous nos articles
Paris’ Party Marathon : 48h non-stop electronic music
Écrit par Sinah Vonderweiden
Photo de couverture : ©Marathon Electronique
Whoever said that partying and sport were not compatible? Certainly not us. This May, the Marathon Electronique found the perfect way to bring the two together. So put on your sneakers, shorts and sweatbands and get ready to foot it… or watch the racket from a bar of your choice, cold glass in hand.

From May 6 to 8, the Parisian collective Marathon Electronique will hold a huge electronic music event for all party-addicts who simply can’t get enough of the French sound. This 48-hour non-stop rave will take place through 15 different indoor and outdoor venues, dotted all over the city. Around 70 different DJ’s and artists will have you running to bars, dance floors, and a number of alternative spaces. With music ranging mainly from techno to house, bass music and hip-hop, disco, new wave to acid and sounds less simply defined too, this marathon will leave devastation in its wake. 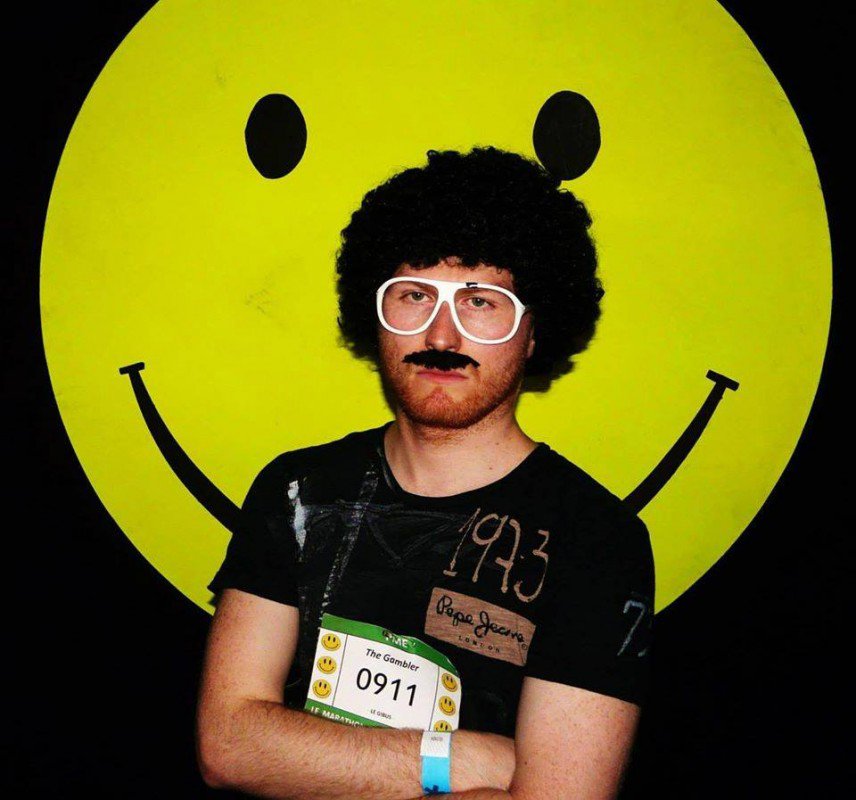 The idea of the first edition of the Marathon Electronique came up 4 years ago says Thibaut who helps to organise the event. “We are several collectives in Paris who enjoy the nightlife every weekend – just in our own way, on our own scale, between bars, clubs, afters, outdoor scenes, squats, record shops, and parks. We wanted to come together, to put our resources and talents together, to achieve some kind of collective which throws a party as and when it wants and can fill a whole weekend with it.” The seven associations who form this dynamic collective (C_izm, La Récré, Ornorm, PME, SUAD, Tr13ze, Tripalium) organise their parties independently and seek to create a closeness to the public and their party people above all, “because we are no professionals, but we are passionate.”

The starting shot will sound on Friday, May 6 at 8pm, for things to come to a close at the same time on Sunday, May 8. Over the weekend the crowd will roam – day and night – through plenty of tried and tested venues: Friday, the underground experts from E-Klozin will try their hand at the already rather sporty Ping Pong Bar, while Tunis Diaspora kick off at the Café des Sports (a tiny bar combining restaurant, dance floor and concert venue). They stand on the line-up next to acts like Mondkopf from Toulouse, Electric Rescue –who recently released their Texture Shot EP Skryptöm 26, including remixes from Inigo Kennedy and Zadig–, Shlømo and Society of Silence, who will all give us a taste of their glittering vibes on Saturday, followed by an after-party in tribute to rave music at Club 56.

The aftermovie from last year will give you an impression of what’s coming up this May:

The route for the 4th edition of the Marathon will stretch from the traditional bars around the Oberkampf district to an open air show on Sunday at Parc de Belleville, not to forget the northern Parisian stretch leading to a grand Olympic party at the alternative art space 6B in Saint-Denis. The Marathon Electronique will not only cover distance but most importantly connect several generations of artists, representatives and guests who stand for the substantial and vibrant French electronic music scene. More chilled mixes are set for the Sunday at Belleville, so no worries: the crew will bring you down gently.

Anything else to announce? “Yes we have not yet talked about the ‘kermesse olympique’”, as there will be a theme with games and surprises during the daytime at 6B and throughout the whole weekend – for those who really want to take part.