04 MIN LI-
RE
Accueil
Tous nos articles
Opinion: ‘Let’s not forget it was LGBT clubs that brought us the straight club culture of today.’
Écrit par Trax Magazine
Patrick Thévenin – former editor-in-chief of Trax Magazine – retraces the essential role played by the LGBT community in the birth and growth of club culture such as straight people know it today. An essential role, and yet one concealed in the media’s treatment of the Orlando attack.By Patrick Thévenin. Translated by Henry Hodson.

Orlando shooting: “There’s something about LGBT clubs and discos that the most part of heterosexual people will never understand…“

There’s something about LGBT clubs and discos that the most part of heterosexual people will never understand, a side of it which they miss completely, an ethos which slips through their fingers. Where they see only pleasure and abandon (if not perversion for the more regressive souls), we’re thinking resistance and affirmation, refuge and protection, liberty and hope.

The unbearable cowardice of the main French media outlets in the face of the Pulse Orlando tragedy, their reluctance to call it as it is, to see that it was not just a club like countless others the world over that was targeted, but a gay and predominantly Latino one (which number not in the thousands today) demonstrated once again what we call invisibility: a culture of silence and misunderstanding suffered by the LGBT community worldwide.

It’s an invisibility that served to conceal all that LGBT culture has given music, clubbing and dancing philosophy such as we have today all over the world.

In 2004, English journalist Tim Lawrence plunged head first into the clubs that invented the clubbing as practised nowadays, with the book  Love Saves The Day : A History of American Dance culture, 1970 – 1979. Coincidentally LGBT clubs, for the most part. What would nightlife really mean without David Mancuso’s Loft, which laid down the rules of modern clubbing at the start of the 70s (with its fruit baskets and helium balloons which lined the ceiling for best sound reverberation) and gave the disco generation its drive? Would house music exist today without the Paradise Garage, and its mix of feverish dancers, both black and white, where Larry Levan controlled the decks and gave the world its first superstar DJ? 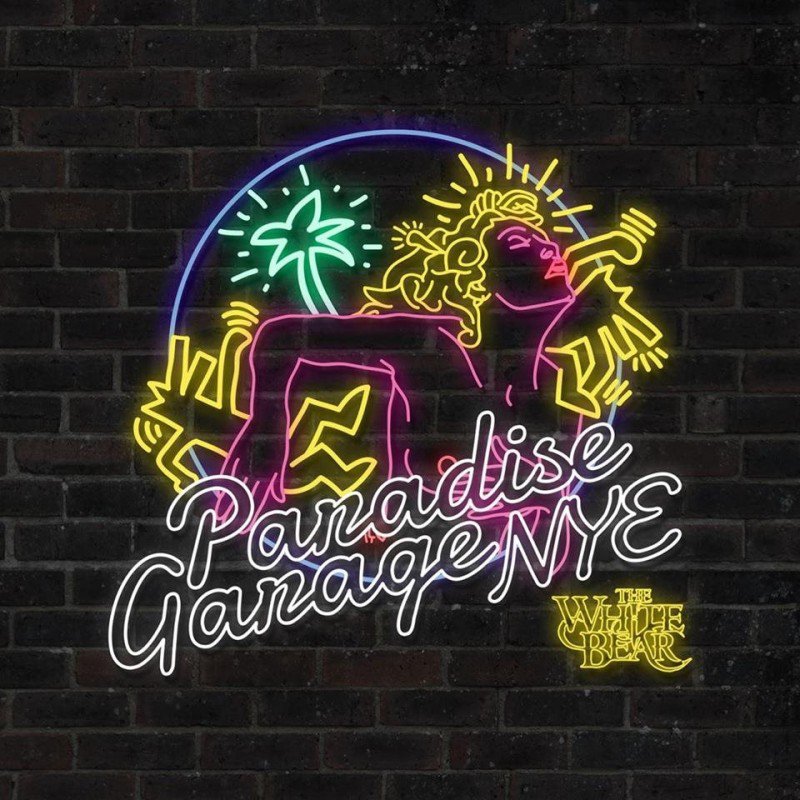 Where would fashion be without the hysterical performances of Leigh Bowery at London’s Taboo in the 80s? What would remain of the of the glamour of the night without Le Palace, where transvestites and sociologists mingled happily, or New York’s Studio 54 where the show was as much in the audience’s mind as in the room itself? Would Berghain, the club where boys stroll stark naked without bother, exist today without the Sound Factory its crowd of freaks of all kinds, its late morning madness and marathon mixes from resident DJ Junior Vasquez, who would break up his sets with minutes of screeching police sirens and tribal percussion?

Would Laurent Garnier still be DJing if La Luna, the gay club on Rue Keller, had not opened its doors wide to him in early 90s Paris? Would the French Touch have conquered the world without the Respect club nights at the heart of Queen, the biggest gay club in France?

Why is it that even the straightest of straight people remember nights they spent at Boy with tears in their eyes? Would acid house ever have seen the light of day without the sets of Ron Hardy, resident DJ at Music Box Chicago, where legend has it that LSD was put in the water fountain? Would the idea of an after-party even exist without the Trade club in London and trippy sets from Tony de Vit? Why no mention of Acid, the immense gay club on the border of Beirut, which for ten years at the start of the 21st century saw the Lebanese bourgeoisie dance side by side with sandalled Syrian shepherds, straight down from their mountains, Dolce & Gabbana-clad jet-setters of Saudi Arabia and local drag queens? Who remembers that it was the Clit Club, the lesbian club of 90s New York, that blew open the gender binary? Has anyone noticed that the bro culture so dear to EDM – muscly, well-waxed boys in big group hugs – got everything from the colossal gay White Parties of the noughties? Would the current Parisian club scene be as lively without the Pulp which broke down barriers and freed up gender for good? Why does the most beautiful club scene in the history of cinema take place in the LGBT series Looking?

For as long as they have existed LGBT clubs have been spaces apart, bubbles of liberty, sanctuaries, where homosexual boys and girls alike could finally feel safe and free, where nobody was there to judge or condemn, where this hard-won liberty of theirs gave way to utter decadence, audacity and fantasy. They were political spaces too, shelters open to other minorities, places where skin colour had no more importance than social status, where the genders could finally express themselves, where the feminine and the masculine would take off their masks. Secret corners where sex was liberated and innovated, and where heterosexual women too felt free to be themselves, safe from society’s machismo.

Though some still choose to ignore it, LGBT club culture has left its indelible mark. Literature has taken great inspiration from it, from ‘Tricks’ by Renaud Camus and its nights at the Sept club on rue Saint Anne, frequented by the likes of Yves Saint Laurent and Karl Lagerfeld, to ‘Fags’ by Larry Kramer which tells of the effervescence of gay culture in 70s New York, between the sauna clubs and the pine forests of Fire Island, from Andrew Holleran’s ‘Dancer from the Dance’, to Guillaume Dustan’s ‘Je Sors Ce Soir’ and ‘Superstars’ by Ann Scott. Cinema also makes good use of the theme, from William Friedkin’s ‘Cruising’, a chilling dive into the kinky side of 70s San Francisco to ‘Party Monsters’ which follows the prince of the clubbing generation Michael Alig, and ‘Last Days of Disco’, ‘Maestro’ the story of a night at Paradise Garage, and ‘Paris Is Burning’ an animated witness account of the golden years of voguing.

Paris is Burning, 1990: a documentary on the invention of voguing by the drag queens of 90s New York.

Cruising, 1980: a crime film where Al Pacino becomes an undercover detective in the sexy world of San Francisco in the 70s.

‘To dance is to live’: according to Act-Up, the anti-aids association, LGBT culture laid the foundations of club culture such as we know it today, with values of tolerance, liberty, hedonism which build up, brick by brick, the base of a freer and fairer future. The Orlando gunman did not choose the Pulse, over the hundreds of other clubs that exist in the city, by chance. He directly targeted the venue which bore the standards of history, emancipation and liberty, and all the clubs that preceded it. And that, above all, must not be forgotten.