02 MIN LI-
RE
Accueil
Tous nos articles
Meet Mella Dee, the English prodigy who mixes acid, techno and jungle
Écrit par Jean Paul Deniaud
Photo de couverture : ©DR
We’ve been fans of Mella Dee for quite a while now, having watched the evolution of the thirty-year-old based in Doncaster, northern England, since the debut with UK Garage. But it was actually this EP, including a killer song in exclusivity for Trax, that convinced us to honor him here. Translated by Sinah Vonderweiden.

A rough sound that connects roots of jungle with rough industrial music and acid, pulses through the UK Garage vocals like a well placed bullet, a raving dancefloor smash… Mella Dee is one artist to look out for in the April issue of Trax magazine, for a peak behind the scenes.

“I wanted to mix dubstep, garage and house with where I come from, drum’n’bass, breakbeat, UK hardcore”, he recounts, a man who you’d hanging out in front of the British sound systems like Digital Mystikz for 18, 19 years now. This was “between Sheffield and Leeds, where many raves were hardcore events or happy hardcore was played.” But before you start mixing others, he says, first of all you need to “try to figure out [your] own sound.”

“Now the crowd and bookers are starting to open up to techno. The mixture of hardcore, rave and techno, it catches people’s ears.”

His introduction in France is owed to the label [re]sources, who supported him with the release of a killer remix of Antimaterie by Hybu a year ago. Since then his production methods haven’t changed. “All analogue”: a TB-303 clone, a TR-909, an old sequencer. “I use this equipment, just because I really enjoy working this way”, he explains.

Mella Dee collates a number of influences that together give one picture of the current techno scene, he’s happy to see that doors are opening up and giving access to European line-ups. “This type of crossover was still quite rarely seen during the last few years, people took a while to appreciate it. Now, the public and techno-bookers are more open. The mixture of hardcore, rave and techno catches people’s ears.” In reality his work wouldn’t be out of place in a warehouse, alongside any industrial techno line-up. Promoters, get booking. 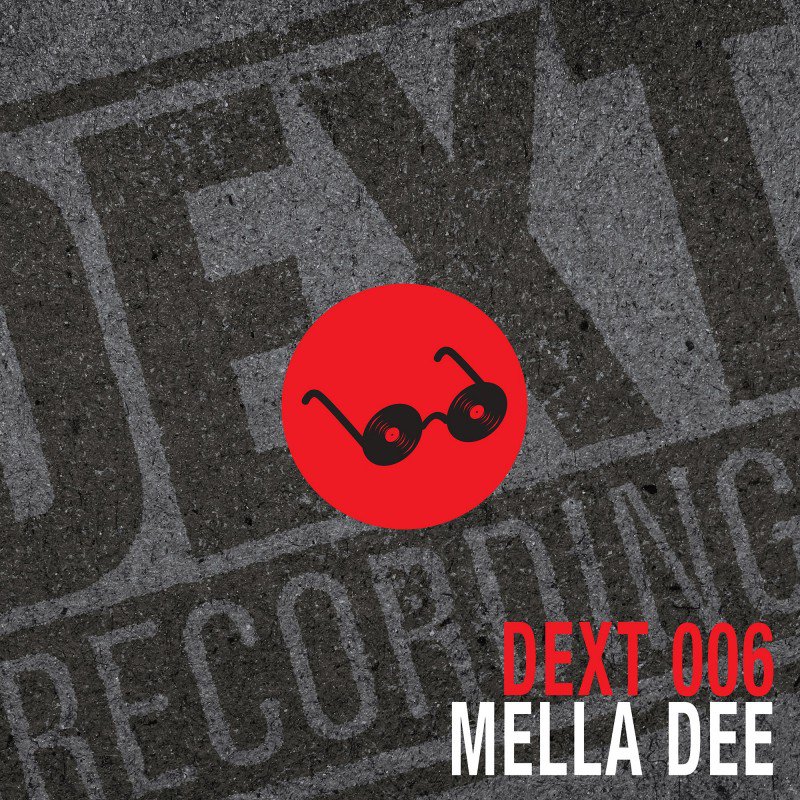