02 MIN LI-
RE
Accueil
Tous nos articles
Kenny Larkin: detroit Techno treads the boards in Hollywood
Écrit par Trax Magazine
While Kenny Larkin is one of the best DJs and producers of Detroit’s younger generation, we are perhaps less aware of his love for comedy, stand-up in particular. To live out his passion, the American even settled in Los Angeles 14 years ago and has performed onstage regularly ever since.  As both a comedian and musician, he still hopes that one day he’ll find a way to combine the two. Written by Arnaud Wyart, published in TRAX #184 (July-August).  Translated by Henry Hodson.

Be it his albums or his remixes, a listen to pretty much any one of Kenny Larkin’s productions will leave you in no doubt: this guy far outclasses the majority of producers out there, all generations put together. But what his fans perhaps don’t know is that the American also has a talent for comedy and impressions.

‘Before making music, I did a bit of improvised comedy in Detroit. And then in 1990, when techno arrived, I found my sound and completely devoted myself to it. But I’ve always wanted to return to comedy.’ The problem is that Kenny quickly gained a reputation for the quality of his DJ sets. He has to travel a lot to give it his full attention. So in 2001, he made the final decision: to move to Los Angeles. ‘If you want to break through as a comedian, you have to be in L.A. as much as possible.’ The journalists begin to suspect something as Kenny’s name appears more and more rarely on the record store shelves. At this point certain people jump to call the end of his musical career. ‘Those are rumours, I have never stopped. Simply, at that point, the techno scene had become boring. I wasn’t releasing records but I still travelled and made music. I was in the studio every day.’ 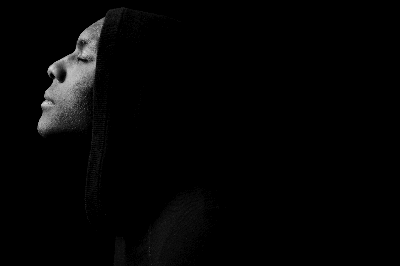 In 2004, Kenny made his return with The Narcissist on Peacefrog, an album made entirely with the help of plug-ins. The sun, the ocean and the trees, all this has nothing to do with the grey concrete tones of Detroit. And that’s clear to hear. The record, a masterwork of techno/funk, is inspired as much by John Lee Hooker’s blues as by James Brown’s soul music. Oscillating between periods of producing and stand up projects, Kenny Larkin has become a sort of tourist of the techno scene. It’s a claim he makes without the least hesitation. ‘Fifteen years ago, I would never have imagined carrying on with this sound. But today, electronic music has reached such a point that you can decide to make your whole life from it. Even in the US, EDM will ultimately open doors for people. So the term ‘tourist’ suits me. I often like to say that I’m known for being unknown. Magazine covers, interviews, none of that interests me. Why? For me, the goal is to be sincere and give 100% in everything I do. For example, I could easily make bucket loads of super-basic remixes just for the dough. But I prefer to be left enough time to make something really special. That’s the reason I don’t release so many tracks. I am a tourist who takes things very seriously!’, he laughs.

That being said, and even though he lives in Los Angeles, music and touring force him to make certain choices. ‘It’s simple, each time I DJ it’s a Friday or Saturday night, exactly when I would be onstage.’ A big fan of Eddie Murphy, Kenny Larkin also hopes for roles on the big screen and does stand-up performances whenever he can. But he also confesses to be contemplating a project that would combine music and comedy…