05 MIN LI-
RE
Accueil
Tous nos articles
I’ve been to Dekmantel and it might be one of the finest festivals in the world
Écrit par Pierre Serafini
Photo de couverture : ©Desiré van den Berg
The Dekmantel collective had already been launching parties and releasing records for six years in Amsterdam when they decided to boot the first edition of their festival in 2013. Since then, Dekmantel Festival hype and label hasn’t stopped growing. I went to the latest edition to check how good it was, and I fully experienced it, from start to finish. So here are 11 things I have to say about Dekmantel 2016.

Every day on the main stage of the Amsterdamse Bos site, Dekmantel Sound System opens the afternoon. Those are amongst the best moments of music I’ve experienced for the whole week and the crew showcased some great skills and exquisite tastes. Once you hear a 3-hour long Dekmantel Sound System set, you will understand one of the key reasons of the collective’s success : the people in charge with Art Direction and line-ups are amazing DJs and record collectors too.
PROOF : Here are the Dekmantel DJs having fun.

Dekmantel offers a night program, but it is one of the very rare things that actually disappointed me. The Melkweg venue felt cold and the difference between the day and night audience quite terrible. I tried to experience the Night Program, but I couldn’t put enough energy in it. But this might be a good thing in the end, because after dancing from 1 to 11 pm in the woods you will definitely look for something different than being packed in a club, and you will be ready for the next day !
PROOF : Here’s a lovely view of the Greenhouse stage. 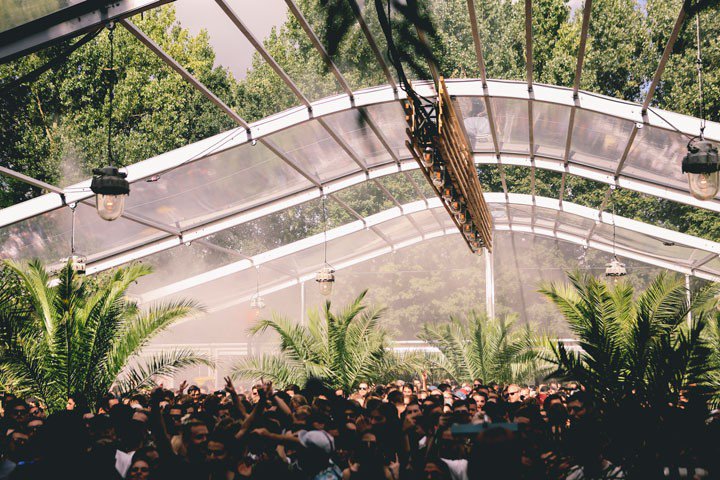 03 – The city of Amsterdam is amazing.

Amsterdam is an incredible city. A lot of people from across the globe go there for the quite exciting and smokey atmosphere of the Redlight district or to have some of the finest weed on earth at one of the city’s many coffee shops. But the city is full of outstanding things to do, eat, watch or listen. A walk on the Canal Ring, a visit to the Rijksmuseum, Stedelijk Museum or The Botanical Gardens, and a concert at the Muziekgebouw aan ’t IJ will leave you a long-lasting great impression of your stay in Amsterdam.
PROOF : Here’s a picture. 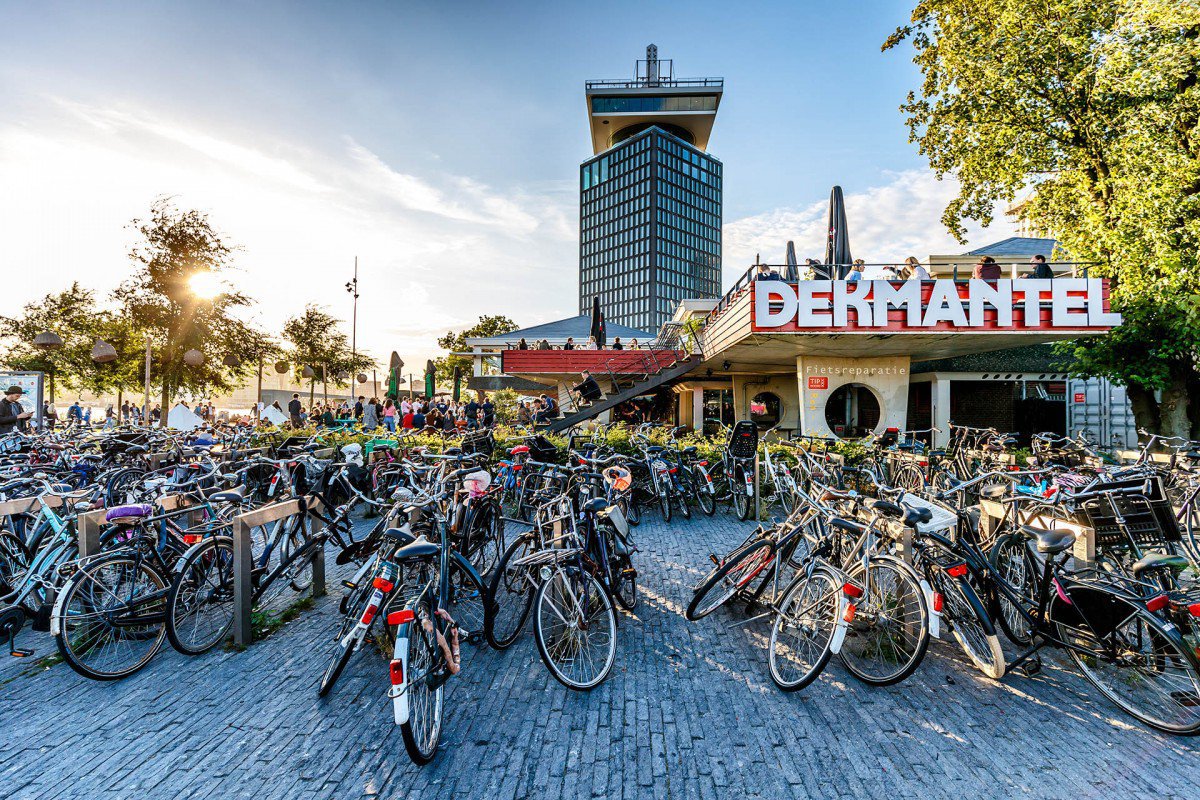 04 – Artists as well as everyone in the industry feel great there.

I met a lot of great people this weekend, and it was a great opportunity to see old friends too. From DJs to journalists to agents, label managers, everyone felt connected through music. The best way to meet people was in front of the sound system or near the stages entrances. There were no corporate events or stands, no amazing VIP bars, no big sponsorships. We all felt like home.
PROOF : Here’s Moodyman sharing Vodka with the audience. 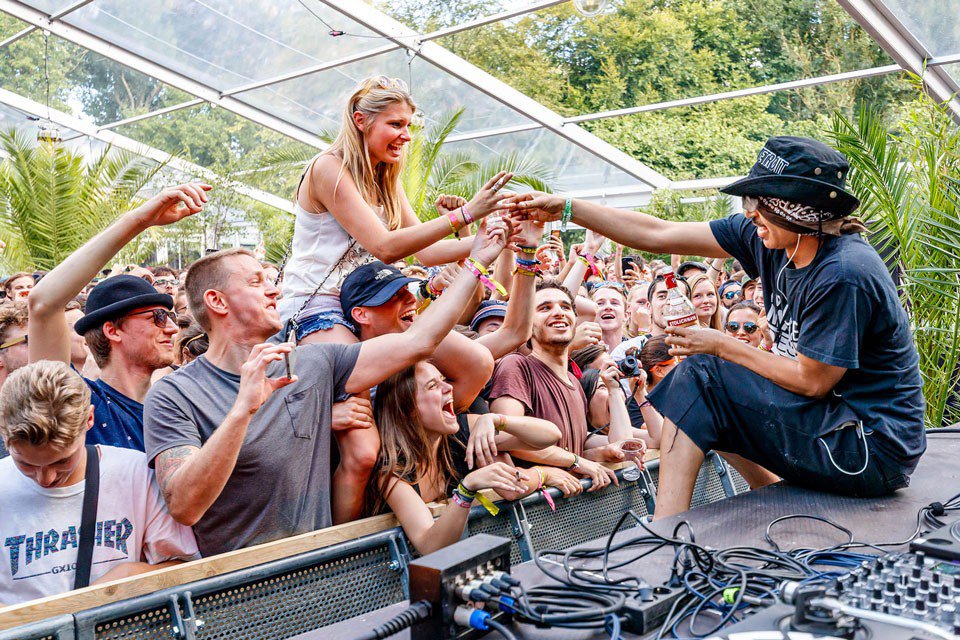 Amsterdam is quite known for its architecture. In recent times, the city has been facing quite a dilemma: How should it deal with expansion? Well it quite didn’t expand in the end. It decided to reallocate space by refining architecture and in some ways, Dekmantel feels aligned to its hometown in this specific way. The music acts listing looks incredibly dense when the communication launches but if you think about it, it has to be spread on 3 days and 4 nights. In the end it feels like the Dekmantel team managed to provide each artist with the best set time and duration possible, from start to finish.
PROOF : Here’s a picture of the Main Stage with Jeff Mills closing the night. 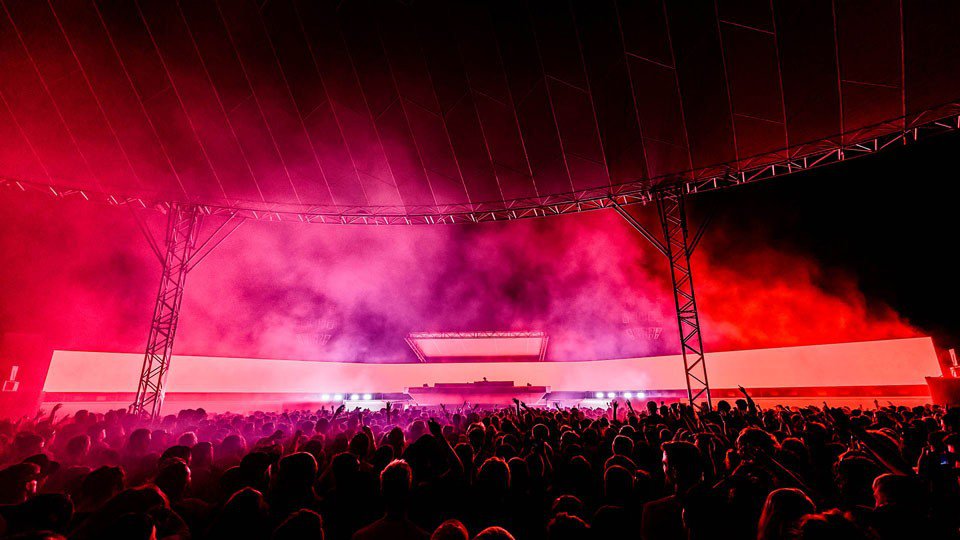 06 – The Amsterdamse Bos by day should be one one of the big names on the line-up.

What a splendid setting… I miss it already. The Amsterdamse Bos make a peaceful environment full of grass and trees for you to enjoy music in. The Selectors Stage and Boiler Room stage are built in the woods. The Green House stage is literally a glass greenhouse filled with a massive sound system. By night the light starts coming through the trees, and after a few beers or more, walking in the festival starts to be a visual experience by itself. And if you’re not this kind of bucolic person, the UFO stage is quite a dark nightclub put together in the woods (it was my favourite stage until the sun comes down to be honest, but I’m quite a raven).
PROOF : Look at that picture. 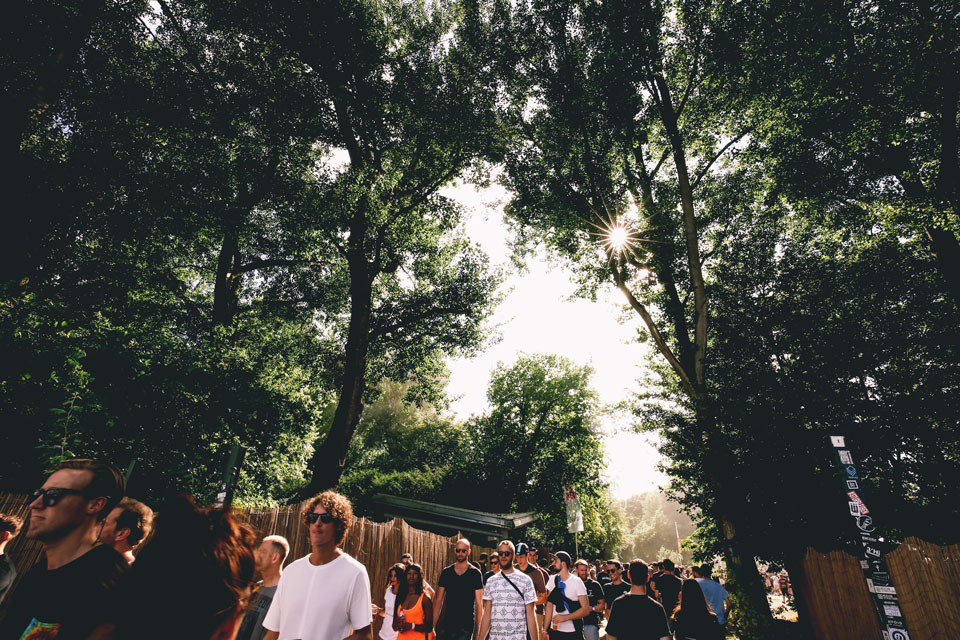 07 – The festival treats you good, but can end up being quite expensive.

The festival is doing the best it can to make you feel great. You can have organic food, fresh coffee, watermelon juice, Angus Beef burgers, on top of a nice bar. There’s even cigarettes packs made of a biodegradable material for sale, and they are no more expensive than anywhere else. But all this comfort comes at a price, and the PIN machines delivering tokens will likely be a nightmare for you when you come back to your place and check your account. Same goes for Dutch taxis that will make Parisian rates look attractive.
PROOF : Here’s the most expensive Uber ride I ever paid for (the driver got wrong on part of the itinerary too, got a refund for that). 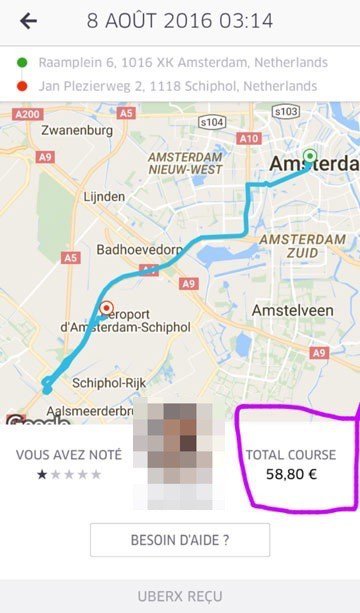 08 – There’s an audience of its own. But it might be changing as recognition grows.

The festival felt quite alien to most locals I talked to, but the venues were always crowded. As opposed to Nuits Sonores Festival in Lyon which used to take control of the whole city before they got moved to the Confluence era to make the new neighbourhood look a bit more attractive, Dekmantel doesn’t really take place in the city. And there’s no promotion of it anywhere in Amsterdam’s center.
The Dekmantel by Day audience felt really great. Friendly faces everywhere, amazing blonde girls giving random high five, and people smiling. I didn’t see a single fight or argument for the whole weekend. I’ve seen a bit more of those naked torso British bros than I expected. But if Dekmantel doesn’t change them, I think nothing will.
PROOF : Well… Picture again ! 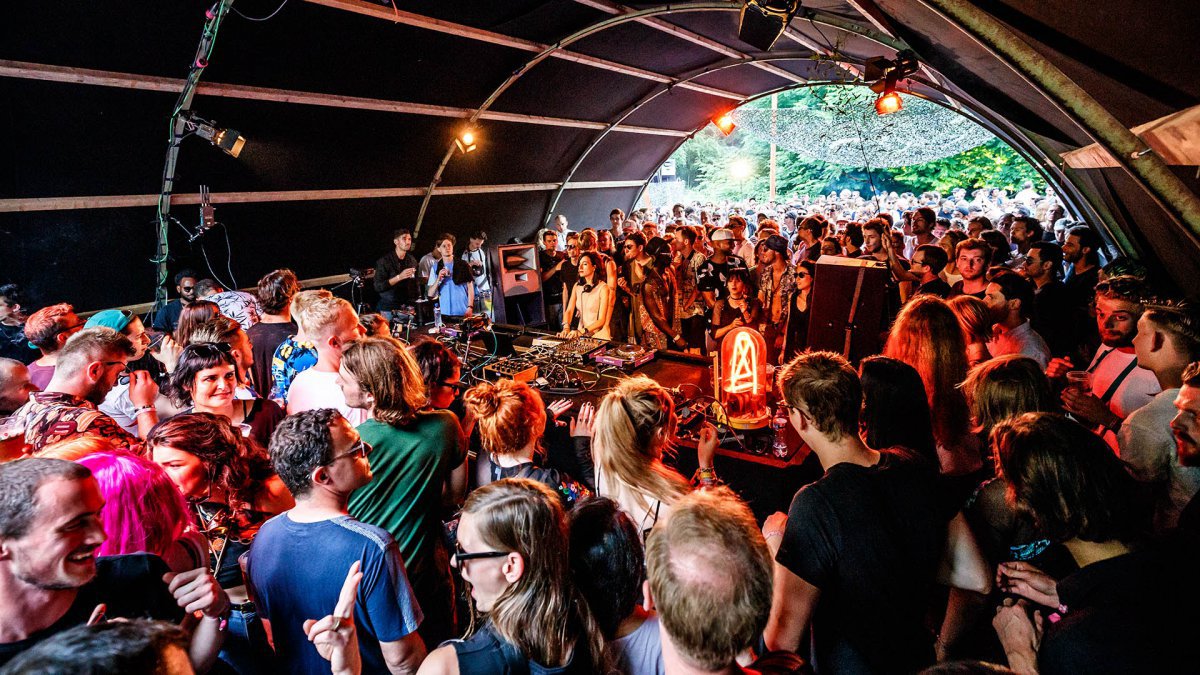 Be smart ! A lot of people would think that it’s ok to bring your green buds with you, but it’s not. Security will take it from you. By the way, I was quite surprised to see that most people weren’t as stoned as they were in France or anywhere else. I guess the daylight thing plays a key role in this.
PROOF : Thanks Instagram user @tmighty ! 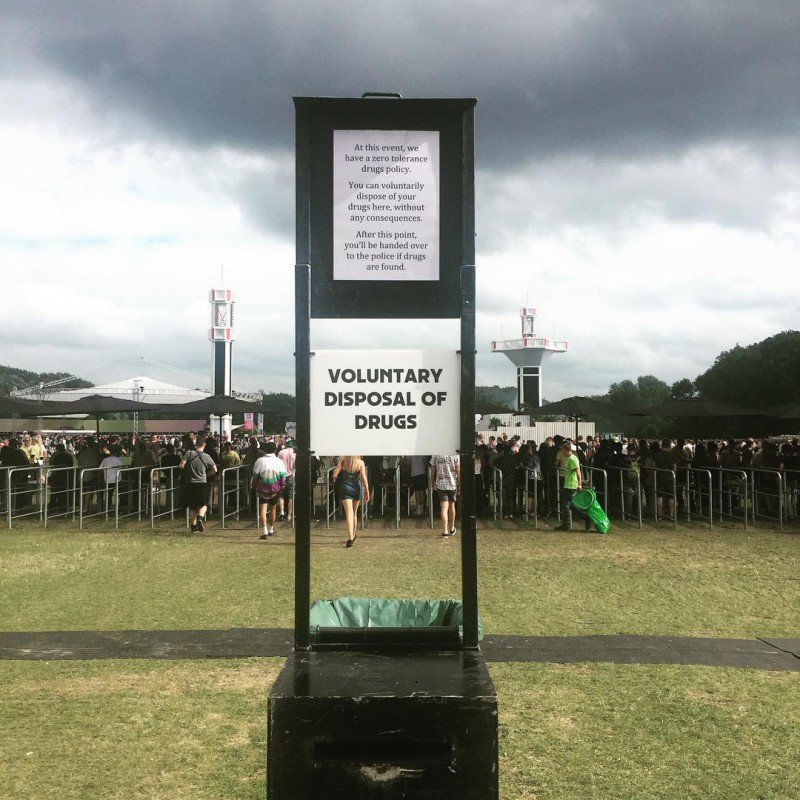 10 – I saw some of the most amazing electronic sets I’ve seen for a long time.

Ok, it took me a while to talk about this, but let’s be clear, I have been tripping HIGH on music at Dekmantel. I’ve been dancing to DMZ like I did eight years ago and it was almost emotional. I’ve seen Objekt redefine Techno. I witnessed Call Super winning everyone’s heart on the Selector stage and Voiski deliver pure audio MDMA in a packed UFO stage. 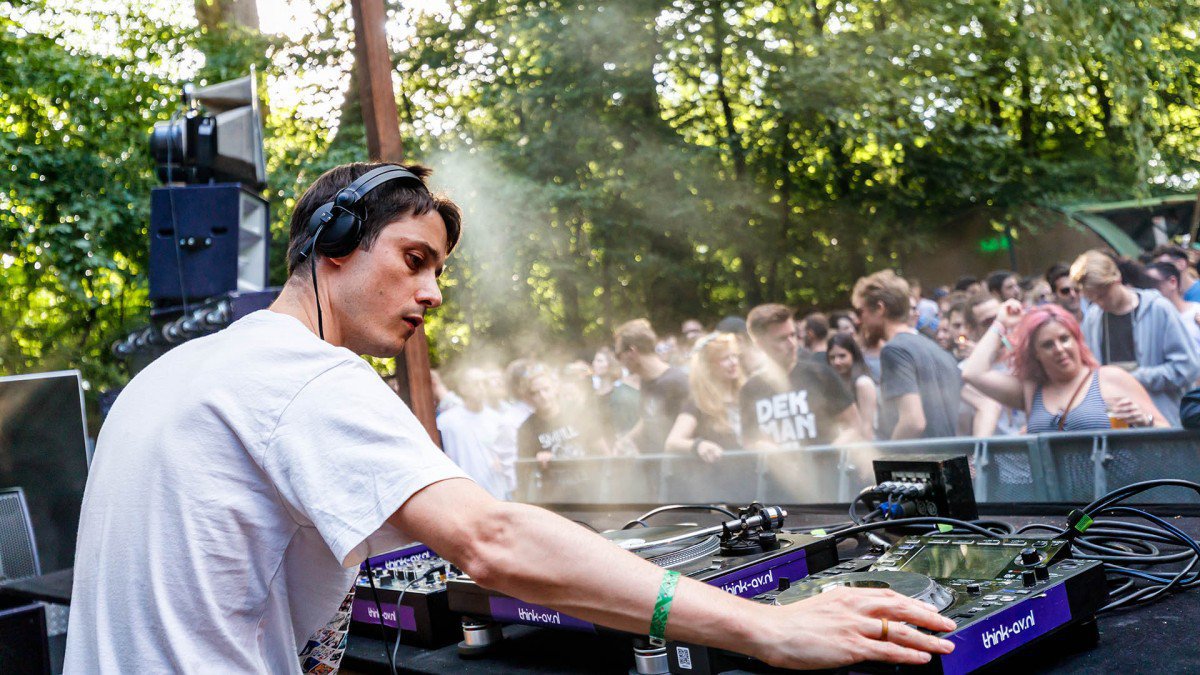 I shivered on Holly Herndon live performance. I saw The Black Madonna have the whole Green House jumping on a vocal edit of a Butch track. 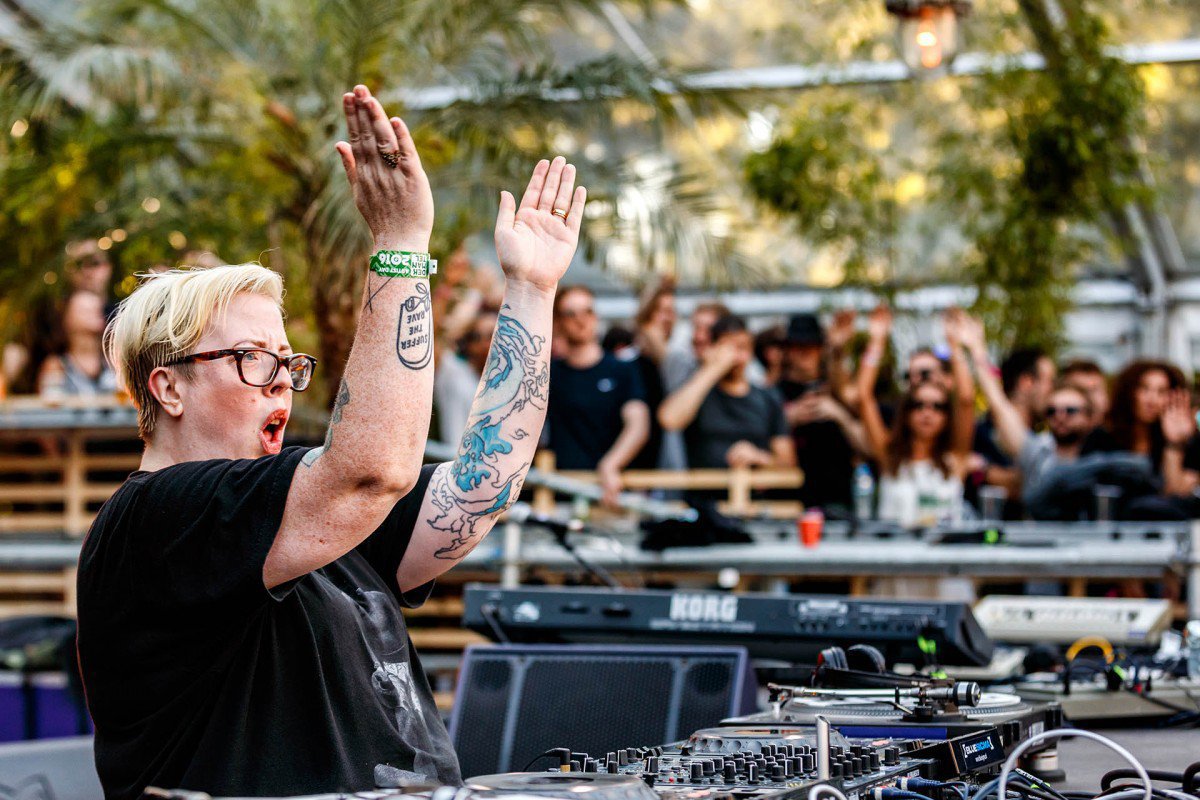 I sat for 30 minutes with Adrian Sherwood, talked about his kids and the state of Europe and how he uses tape echoes. I had a cigarette with a beautiful and nervous Helena Hauff while Ben Frost was unleashing an intimidating live-act and she had to get on stage to B2B with DJ Stingray.

I had lot of fun talking shit with Randomer, danced with Isabelle of Syracuse on the RedLight Radio Stage as the festival was closing, met a great artist called Kangding Ray, and had a chance talk with Traxx about how destroying culture leads to new culture. 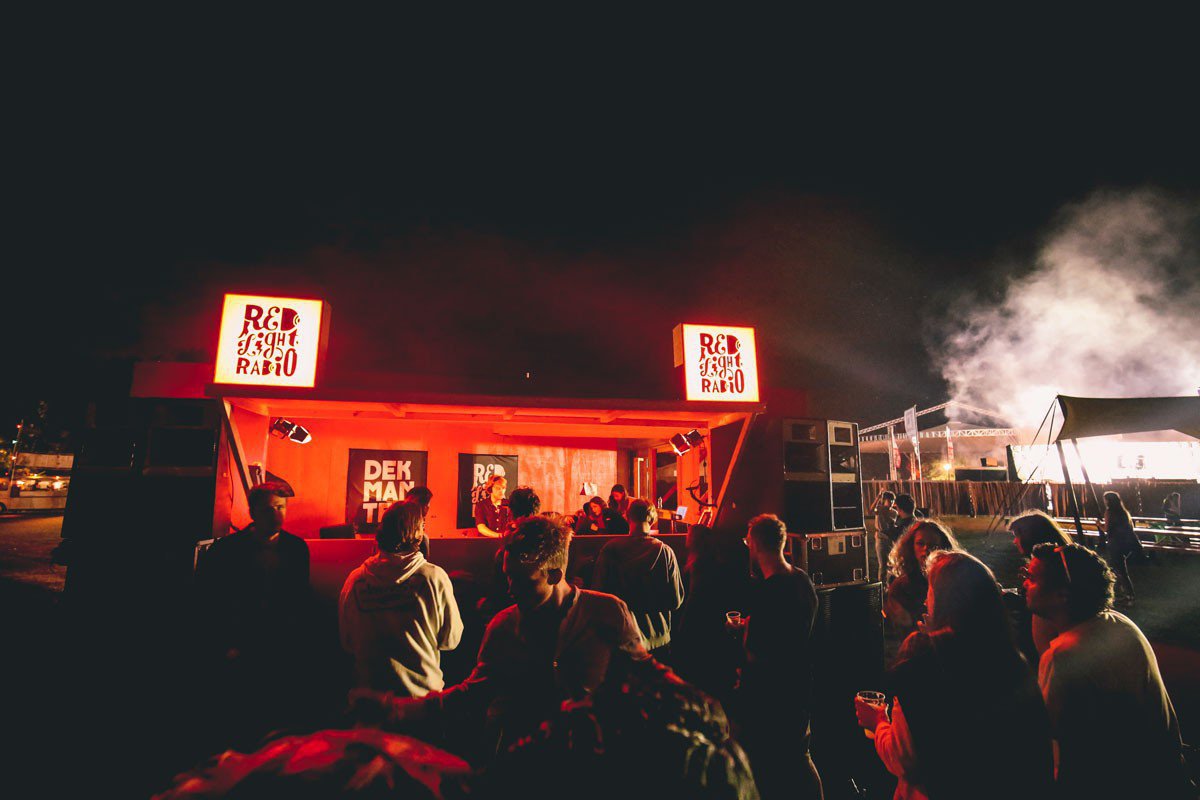 I danced to Ricardo Villalobos and Jeff Mills and so many other sets… I had friends with me even if I went there on my own, and I felt really connected to the moment. I think I had the best festival experience of my entire life.
PROOF : All the pictures above.

11 – Dekmantel might be one of the finest electronic music experiences in Europe.

There’s not much more to say : few festivals teams in Europe have been crafting such an interesting event. The Dekmantel collective announced it in their communication : « We’re upping the mixture, but keeping the quality ». And they did. Oh yes they did.

The sound system is amazing on all stages, the artists are on top of their game. Every detail has been taken care of for you to enjoy people and music. THIS is the main reason you should come dance with me at Dekmantel 2017.
PROOF : The 11 above.