05 MIN LI-
RE
Accueil
Tous nos articles
How Hong Kong became the European DJ’s new heaven
Écrit par Aude Juglard
The Asian underground scene is seriously starting to make some noise. Hong Kong in particular has a growing electronic scene, slowly, but surely and it’s built to last. Among its local artists, there are quite a few French people. Trax met two of the crews who chose to settle in the Asian nightlife rather than staying in France.Translated by Henry Hodson

Florian is one of the co-founders of FuFu Creative, a design company, also a booking and party planning agency. Two years ago, they started throwing parties (mostly house/disco) in some underground bars of Hong Kong. Among their guests this past year figured Jus Ed, La Mamie’s, Pablo Valentino, Soichi Terada…

Samy is a member of the Cliché Records crew. This booking agency has become a major actor in the underground scene over the past four years. They built a steady relationship with major actors in the Asian scene and are in charge of tours for Gieglin, Red Rack’em, San Soda, Andy Hart, Francis Inferno Orchestra, Borrowed Identity… 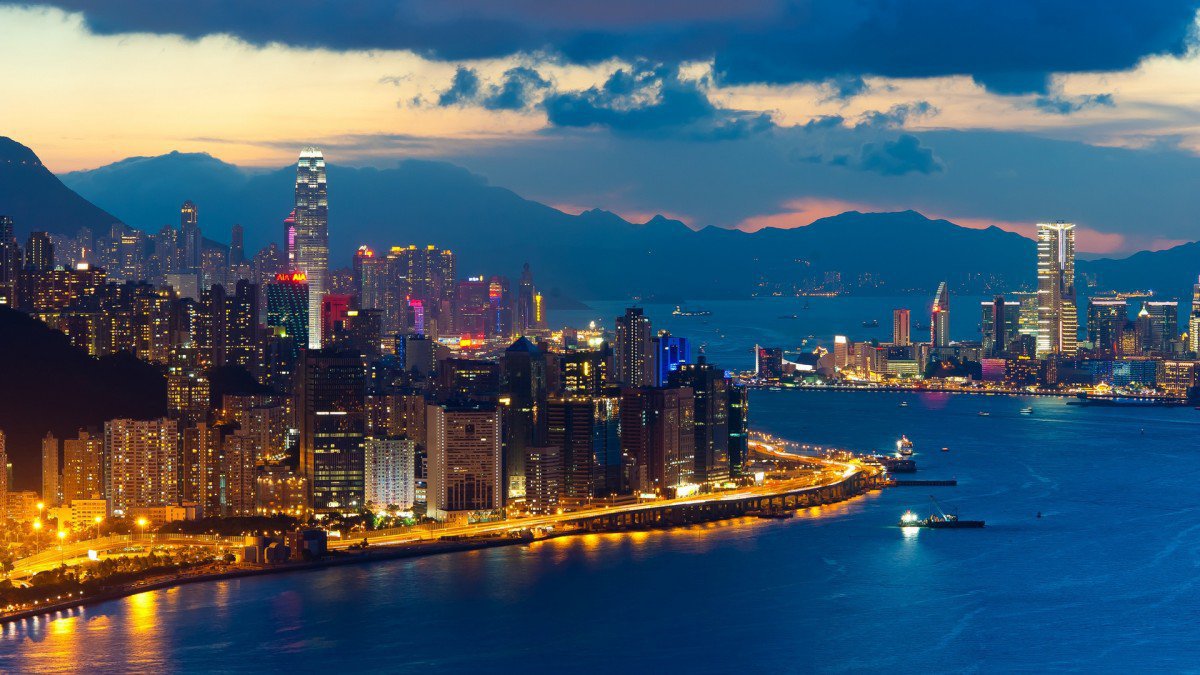 Why did you choose to settle in Hong Kong when things in France have never been so easy for music crews?

Samy: The whole concept of Cliché Records is strongly related to Ouissam’s (the agency founder) personal experience. When he came to Hong Kong four years ago, he could not find any place to listen to good music, so he decided to launch his own events. It all became real when the agency was created. For me, it’s the potential that made me want to stay with them here in Hong Kong. I thought it was much more exciting than to settle in France. Everything here has to be built from scratch.

Florian : I met the Cliché team when I arrived in Hong Kong two years ago. I quickly knew I wanted to import my music to Hong Kong. After six months doing some research, I created FuFu with friends from La Pause. We wanted to educate people, musically speaking. I don’t want to be mean or anything, but they’re far behind with music or design. I think it’s interesting to bring our culture here and without telling them what they should be listening, to make them want to. 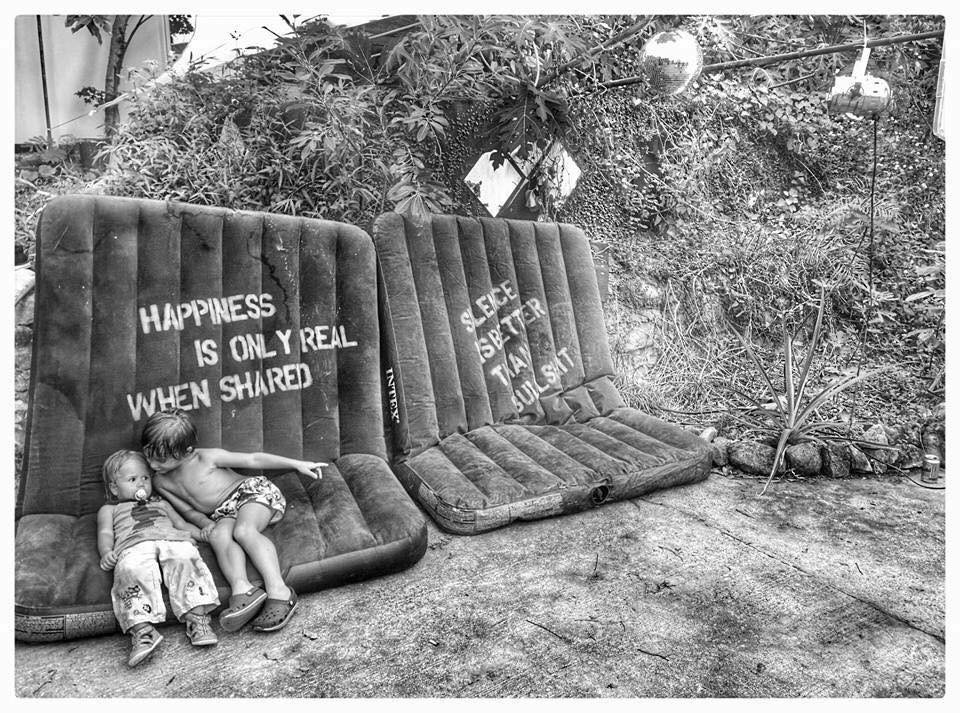 Wasn’t it a bit risky to move to a country where everything seems more complicated than in France?

S : You have to do everything by yourself, here. There are no financial aids nor support from the government or public institutions. Rents are very high and it’s yet another barrier to the development of the underground scene. It’s getting harder and harder to make your club financially stable, because the prices keep increasing. Now club owners are confronted with the obligation to make money come in. At first, it was also pretty hard to find people to organize tours for the agency and Ouissam [the agency director, ndlr] had to travel a lot through Asia to meet clubs and other actors in the business.

F : The first six or seven months were hard because we had to start from scratch. But then again, Hong Kong is one of the easiest places to settle in. It takes two minutes to start a company! You will be hard-pressed to find taxes lower than here. For those who really want to succeed, it’s full of opportunities here. If you work hard without counting the hours, you can do anything you want here, and if you’re a bit curious, it’s even better. However, it’s true that risks are higher in Asia, compared to Europe. In Bangkok, many new clubs are opening but if the government changes, they will disappear, and the whole scene will collapse. In Honk Kong, the risks are more financial: renting a place costs a lot and it’s not easy to survive.

“Since the scene is smaller, the spirit is more that of a family and parties are more conceptual and sharper.”

How would you describe the Honk Kong scene, compared to France?

S: I don’t think it’s much different here now. Tourists and artists are impressed when they discover what is happening in Hong Kong. Junk boat parties, in particular, leave quite an impression. The local scene is very active with artists like Ocean Lam. Since the scene is smaller, the spirit is more that of a family and parties are more conceptual and sharper. In France, it seems like all the parties are alike.

F: I think people like the same kind of music here as in France, but they don’t party the same way and they experience music differently. There are less clubs than in Europe and the owners won’t take as many risks, it’s true. But it’s too recent to give an honest opinion.

According to you, why do your projects do well here?

S: When we arrived, some people were already trying to make a change, Small and Tall had invited artists like Jamie Jones or Nicolas Jaar. PUSH was working specifically on techno music. But it was all very fragmented. With Cliché, we wanted to bring something new with disco/nu disco parties that did very well in Europe.

F: We wanted to promote house music. People started to notice us when we offered an alternative to EDM mainstream music, whether they were locals or expats who already knew about this music. It’s also an advantage to be European. We never really used that, but in Hong Kong, 60% of the DJs are French. At Armani Privé, Le Paradis or Cé la vie, creative directors are all French! There was an immigration boom and it seems many French people, and among them a lot of DJs, came to Hong Kong. In Asia also, 50% of my clients are French promoters. Our motivation and our culture allowed us to settle here. We never use the fact that we’re French, we want music to come first. And we’re working hard to make that happen!

Who comes to your parties?

S: At the beginning, there were lots of French people but it’s more eclectic now. Honk Kong is full of students since it offers lots of international exchange programs as well as internships. The turnover is huge, people hardly stay more than 6 months. It makes us feel like we have to start over every year! It makes it harder to develop underground culture in Hong Kong, but the challenge is stimulating! Even if it’s pretty easy to find us when you know a little about music, it’s always tricky to offer refined line-ups to those who don’t know much about music. We have to work hard to attract that particular audience.

F: We want Asians and Europeans to come. Europeans are easier to reach because even if they don’t listen to that kind of music, it’s still familiar to them. We want to create a long term relationship with the people of Hong Kong, whether they are expats or locals. It’s complicated because there are so many bars and clubs to chose from that people don’t really give a thought about what they really want to listen to. They’ll pick a place to hang out with their friends, music doesn’t come first. Whereas in France, people will first choose the music and then go with their friends.

Are you planning to expand to Europe once you’ve conquered Asia?

S: Not really, we’re not planning to go back to Europe. Like I said, it’s much more exciting here.

F: We’re already developing the booking agency in Europe, for Labat especially. We’re focusing on him right now but we want to do it for other producers and DJs. I don’t work with artists in Asia who are big enough for the European market. But it’s time consuming and we cannot do everything. Besides, it’s the Asian market we want to develop before anything else.