06 MIN LI-
RE
Accueil
Tous nos articles
Floating Points: secrets in the garden
Écrit par Laure Stokober
Talent unaccompanied by arrogance might not be easy to find in people sometimes, but Sam Sheperd is a prime example. At 29 years old, the British producer comes to the release of his first LP, Elaenia. Just as committed to composition as to the arts of DJing and digging, the man we know by the name of Floating Points is creeping ever closer to perfection. Mad for music? He readily confesses to that. We had the chance to speak with the man, musician and doctor of neuroscience as he stopped by Macki Music Festival in September. It was a friendly meeting in a small garden tucked away behind the stage, with a sunset on the horizon and Tony Allen’s performance as a musical backdrop – where he would admit to being embarrassed by the idea of mixing straight after a live band. Translated by Henry Hodson. 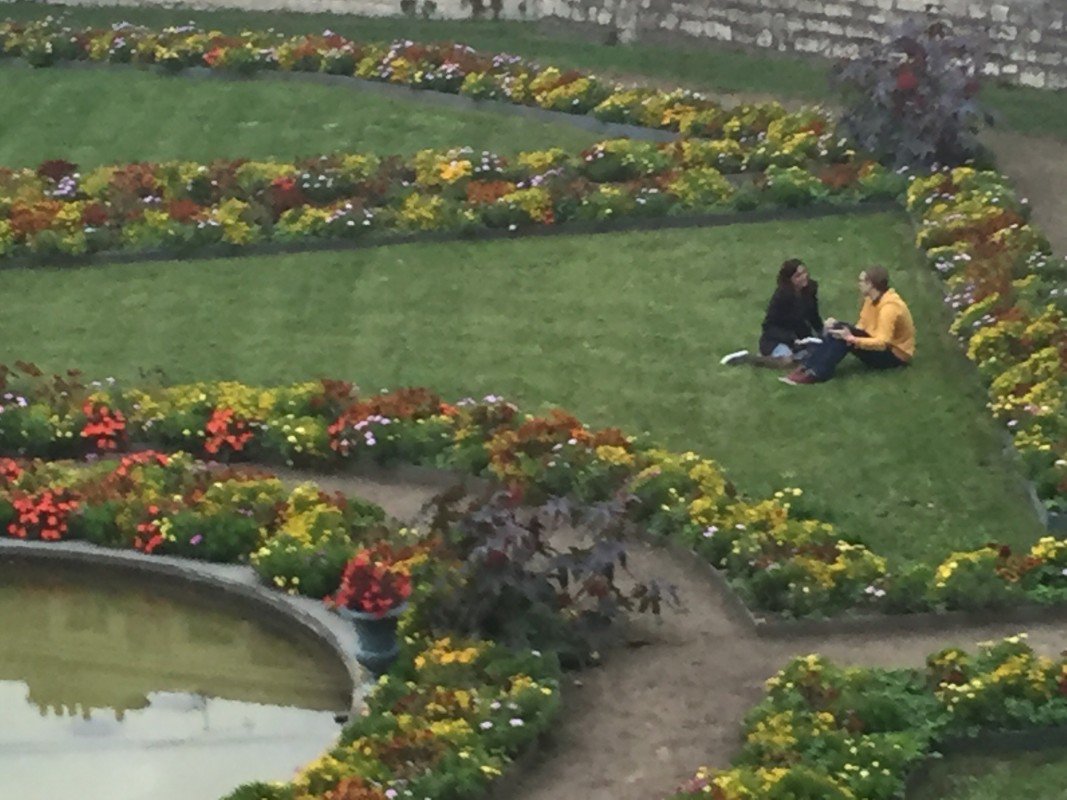 You have seen a lot of success over the last few years, with a PhD in neurosciences, regular EP releases, DJ sets all over the world, and the co-management of a label, Eglo Records. And now there’s another, Pluto, that you founded to release your first album, Elaenia. How do you manage it all?

Rather badly (he laughs)! I don’t know how I do it, I’m always busy and extremely badly organised. I had a very understanding supervisor for my thesis. When I was playing every Thursday, Friday, Saturday and Sunday I asked him if I could leave on Wednesday afternoon to come back the next Monday. He let me do it and was always happy with me. In fact he loved that I was making music and supported me in it. As for the label and writing music, it wasn’t always straightforward to organise myself in the first few years. I made music in my spare time and only released one or two records a year, which isn’t that much.

It must have taken you five years to write this album. How did you go about recording it?

When I started my doctorate, I didn’t have the money to pay for both a studio and an apartment. I looked for a while, and eventually found a place by Old Street in the centre of London. Little by little I built up a pretty substantial collection of equipment in my studio, which also served as my bedroom. I had bought a mixing desk which was so cumbersome that I had to climb over it to get into bed! The bedroom was dominated by records and hardware. My bed was in a corner, and my clothes in a box. I didn’t care about ‘normal’ life. All that mattered to me was making music. That bedroom… it was hilarious. Everyone asked me: “How the hell do you live in this?” Some friends took care of the noise cancellation and the acoustics were really good.

I spent a year getting the studio up and running. After that, it was fairly easy making music. I started to make the album under no pressure whatsoever: I’d play, I’d record, I’d run tests. I took my time. There’s one song I’m really happy with on this album, it’s called “Silhouettes”. I think it’s something quite new. When I listened to it, I thought it sounded good, since I really took my time writing it. It taught me a great deal.

Why did you call the record “Elaenia”?

“Elaenia” is the name of the last track on Side A of the record. I think so at least. I wrote it a long time ago (he laughs)! I don’t think I’m one of those poetic souls who have dreams all the time, but… one time I had a dream that I remembered, which doesn’t happen all too often. It was about an elaenia, which is a kind of little bird, like any other really, that migrates between the North and the South of America in the winter time. I am no bird expert, but I like spotting them. In my dream there was a flying formation of elaenia. One of them loses the others and falls in a forest. The forest tries to keep it warm by sort of strangling it. But the elaenia doesn’t fly to South America. The forest swallows it whole and so keeps it warm.

And that’s when I woke up, tears in my eyes (he laughs). I think it’s a nice image. On an atomic level, it’s a concept that seems fairly original to me. I am not religious, but I like to think that when we die every atom of our bodies is absorbed by the universe, and that you are reincarnated somewhere, on a purely atomic level. Straight away I got into the studio and recorded that song.

How does ‘Elaenia’ interpret this dream?

The song opens with some synthesisers. We hear a melody, like bird song, played on a Fender Rhodes. When the forest takes in the life of the bird, the Rhodes becomes the backing canvas of the song, and the synths take up the melody again for themselves. It’s like a role reversal. That’s the idea. I’m fascinated by birdsong, especially thanks to the French composer Olivier Messiaen, who worked very widely with them in his works. He had very strong synaesthesia. I didn’t try to copy him, but I really identify with his songs.

After listening to the record, one impression I got was that it formed a kind of bridge between jazz and electronic music. What do you think about that?

I think there are certain aspects of jazz in the album but then… what is jazz? What kind of jazz? In jazz there is a freedom, especially for the fact that it is based on improvisation. A lot of different kinds of music are made through improvisation. I recorded this album with musicians. I have a demo of the album where it’s just me playing each of the instruments. But I’m not a drummer, nor a bassist, so here we have real musicians that I asked to play, and I was happy enough just improvising on the piano. Then I recorded the drums on top, and the bass too. There are elements of jazz in the album, but it’s not a jazz album. It’s a… an alternative album (he laughs)!

(He laughs) Yes. I don’t know if I can put a genre on whatever it is. There are some aspects of jazz on the album but effectively Elaenia is a product of all the music I listen to: jazz, but also classical music, and electronic music too. Everybody who makes music, or whatever you might do in life, your creation will be the sum of your different experiences. Every time I take the tube, every time I listen to a Jeff Mills record, every time I listen to a Messiaen record, it will change the way I make music. So yes I think it’s the sum of my own experiences.

And you also sung on the album?

Yes, I did all the choral bits. But as I’m something of an obsessive, I asked two friends to sing over five notes to add some texture to the vocals.

This LP is markedly different from your EPs. How would you describe the evolution of your music, from the beginnings up till now?

I think this album demands more patience from listeners. It’s not dance music. It’s not instant. Being a crazy record collector myself, I think I’ve realised over the years the importance of the recordings themselves. They are a part of the music: you can listen to a song one way, then listen to it recorded differently, and they’ll be two completely different songs, which evoke different emotions in me.

By no intention of my own, getting the sound I wanted took a huge amount of energy, time and experimentation. So I think the recording of this record is better than my other releases, that’s for sure. I have more kit now. On my old records I didn’t have a drummer, so I used a drum machine.

One of the records I’m most proud of, Shadows, was made on my laptop, without a keyboard or anything else. I sampled things on a minidisk and that’s all. Now I have a studio and I spend my whole day on different machines, doing boring technical stuff. My palette is much broader. But what worries me is that it’s so large that I have a lot more options than before.

Why did you choose to release Elaenia on the new label you’re managing, Pluto?

It’s a bit of a boring answer, but it was a question of administration and global licensing. It just made things easier. I don’t know if I will release something else on the label or if I’ll sign other musicians on it. I’d really like to, but I had never really thought about it, and it doesn’t matter whether it’s on Pluto or Eglo.

So it’s nothing to do with the fact that this album marks a change of direction from your previous productions?

I have several projects, but I don’t see the separation between house and the kind of music I’m making now. Whether it be jazz, classical, prog rock or krautrock, it’s all the same. I’d like for people to listen to my dance tracks as much in the club as at home. And that works both ways: there’s no reason a DJ couldn’t play my album in a club. It all depends on the way they recontextualise it. For me, playing songs which don’t belong in club culture is the most fun thing about DJing. It’s sort of a DJ’s raison d’être: not to play club music, but to play music in a club (he laughs)!