06 MIN LI-
RE
Accueil
Tous nos articles
Ethiopiyawi electronic: the new electronic music straight from Ethiopia
Écrit par Aude Juglard
Photo de couverture : ©Addis Abeba
After the remarked performances of Mikael Seifu at the Sónar Barcelona and the Peacock Society, the Ethiopiyawi Electronic makes its way into the European scene. Yet there is much more than just a new music ‘genre’ behind this name. In this interview Endeguena Mulu – a.k.a. Ethiopian Records – taught us lessons about electronic music, the global music industry and artistic integrity.Translated by Antonin Pruvot

Ethiopiyawi Electronic is one hard to define genre, even for Edeguena Mulu, one of the first artists to label his productions this way, under his alias Ethiopian Records. But is it it even a genre, or a movement? Even if the music produced by Endeguena Mulu and other Ethiopiyawi Electronic artists has very specific aesthetic guidelines, sounds or construction that can’t be heard anywhere else, the artist is reluctant to the use of the terms ‘genre’ or ‘movement’. 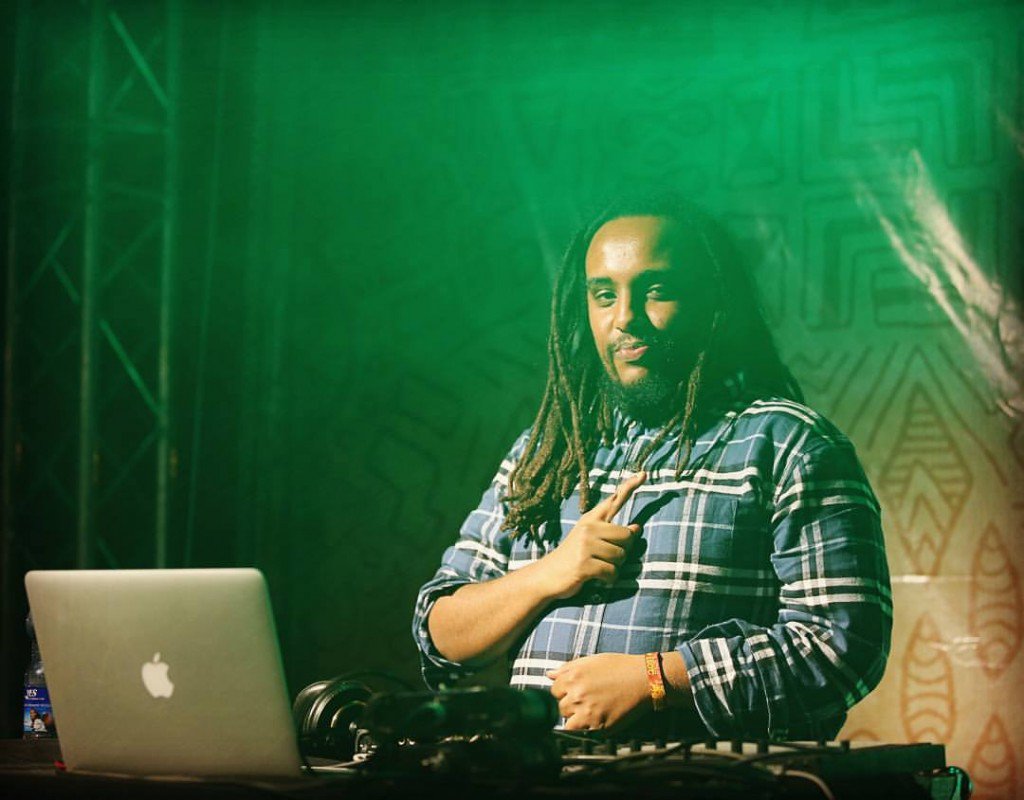 There is a fairly philosophical justification behind the producer’s reluctance: “I’m not a huge fan of putting things in labelled boxes, which I think people use not to get lost in the diversity of musical styles. But those genres are very limiting for those who listen as well as those who produce, they’re usually false, one sided, inaccurate and misleading. I came up with the name only because I felt that I had to, but if it was up to me every track would be its own genre. Ethiopiyawi Electronic doesn’t represent a genre, I think it simply refers to what I do technically speaking when I try to put something down on sound, it refers more to the process and not to the outcome.”

The name Ethiopiyawi Electronic encapsulates the dual influence that gave birth to this new universe. “The name comes from the electronic elements that I use for my music. And by “electronic elements” I am not referring to a certain musical style or certain instruments, I mean the technical side of electronic music, to its more democratic and open characteristics. I think Electronic Music Tools have a great potential in making production, recording music and doing whatever you wish with it later on, a more open to all “classes” or ” strata” of society whichever society that might be. And for “Ethiopiyawi” it is simply the place where my roots are, of what inspires me as a human being more than anything else. I live and work in Addis Abeba and I am and I always was surrounded by such a beautiful and diversified culture, rhythms and tones of this land we call Ethiopia.”

Ethiopiyawi Electronic is then at the crossroad of electronic production and Ethiopian traditional music. In Ethiopian Records tracks one can hear samples of Ehtiopian lute and lyre, respectively called kirar and masinqo, the samples were transformed and mixed with Azmari songs – the Ethiopian folk music. “Most samples I use are recorded, resampled, processed sound materials from my friends or myself, some are from musicians in studios, some are from tracks that I processed. I also use field recording, or recordings of festivities around the neighbourhood, and even some ambient sounds heard in my day today life.”

On the electronic part, Endeguena Mulu, tells how he gets his inspiration not so much from other artists but from tools, tools that made him fall in love with that way of producing music. “I was confronted with electronic music for the first time when I started to use the software Tuareg. I can’t think of one particular artist that influenced me, my first contact with electronic music was probably through video games’ soundtrack. But what fascinated me most was the idea that you could produce music from a computer, that was liberating.”

The artist’s fascination for contemporary production processes is deeply rooted in his personal experience of technology. “The beauty of our Century is that you can do so much create with so little equipment. Of course it’s not enough to escape the financial and infrastructure constrains of the equation, but it makes things easier than they were ten years ago. I remember cinema classes I use to attend. Our teacher always used to say: “Use what you have like like it should be used, it’s not about having the biggest camera, the biggest crew or the biggest budget, it’s about what you can do with what you have.” For me that’s what creativity is all about.” 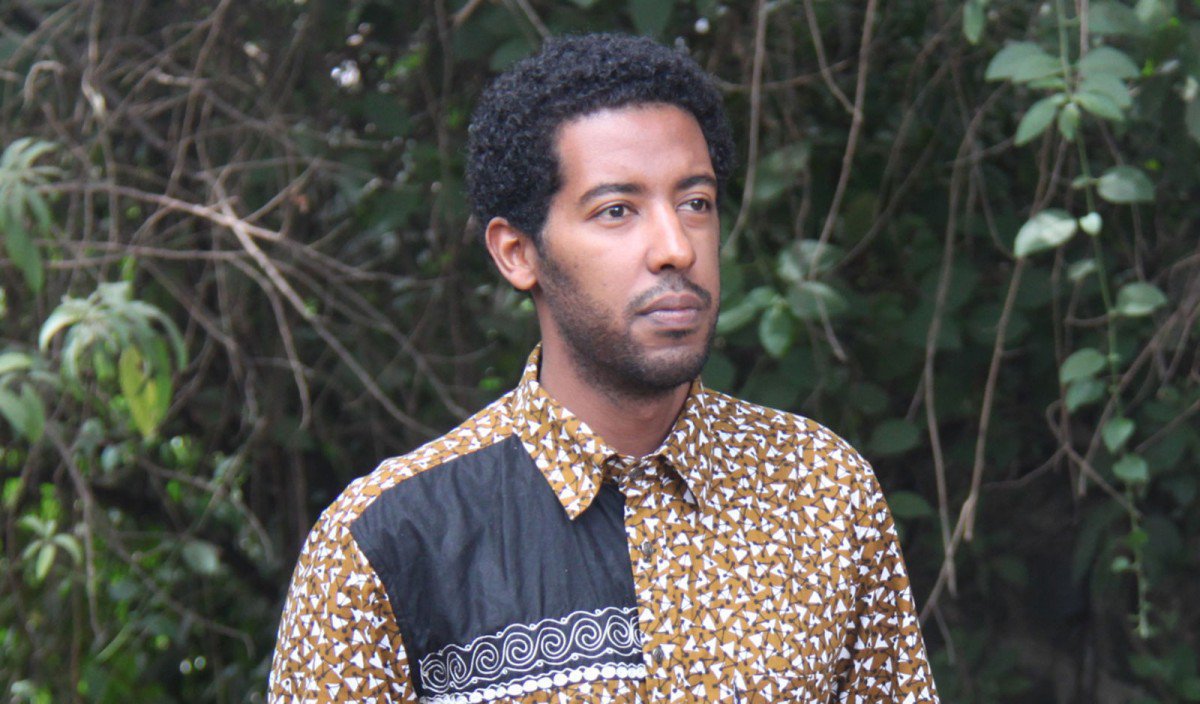 Here, it is important to say that Ethiopiyawi is the confrontation of old and modern, rather, it is a new step in the history of Ethiopian musical culture. The word ‘tradition’ in that context can be misleading: “Traditional music is not a thing from the past. It is very much alive here (ed. In Ethiopia) and many contemporary artists still perform it as something that they feel. Some perform it like it used to be performed, keeping the things they have been passed down them intact. Others try to innovate, and both pushing culture and tradition forward. At the end of the day, all music is traditional, whether it’s old or new traditions, whether they change regularly or not.”

If the European public is really starting to embrace that new musical universe, the Ethiopian harder to touch: “The music I produce is new here, the public at my shows cannot really tell whether I’m a DJ or a producer. The concept of electronic music has yet to be understood all over the world. It is so open to innovation, experimentation and change, that some people are confused when they face it. To me that’s why the public’s interest isn’t that high yet.”

This distribution work is even harder because it is hard to organize event in Addis Abeba. “The nightlife is quite limited, but it’s not just the night, I think we need daytime events too. There are many live shows, but in terms of clubs and festival the music isn’t really diversified, and partly because musical production itself is not as diversified as it should. There are many talented artists in Ethiopia like anywhere else, on top of that we have cultural diversity and traditions, our musical scene should be much bigger and active than it is today.”

This distribution work is even harder because it is hard to organize event in Addis Abeba. “The nightlife is quite limited, but it’s not just the night, I think we need daytime events too. There are many live shows, but in terms of clubs and festival the music isn’t really diversified, and partly because musical production itself is not as diversified as it should. There are many talented artists in Ethiopia like anywhere else, on top of that we have cultural diversity and traditions, our musical scene should be much bigger and active than it is today.”

The artist actively works for the scene to wake up, through his music and the workshops he regularly holds. “The people who come to my workshops show interest for electronic music, like all the musicians I make music with. But I think not many of them have realized the potential of that music.”

For Endeguena Mulu, the true obstacle comes from the music industry’s structure itself. “Everywhere in the world, creative potential is being fogged by commercialisation and the reject of anything that isn’t short term profit. On a global scale, art and its expansion are monopolised by Western commercial culture. That monopoly creates artistic monotony even beyond the Western World.”

This monopoly especially affects non-Western artists. Furthermore as the language used to described their work is tainted with neo-colonialism, assimilating them to a notion of exoticism, obscuring their art at least as serious as the Western counter part.

Endeguena Mulu was notably opposed to the term of ‘world music’ which he finds particularly reductive: “It is important to break the cycle of tribal fetishism and ethnocentrism. That phenomenon is not limited to people from the Western world, people in Ethiopia and Africa do it too. It is patronizing and condescending to try and label artists in such a manner. The name ‘world music’ has no place in the world and it never had in the world we live in. I was a child the first time I heard it used, I thought it had been made up in the colonial era by white travellers discovering ‘the big and mysterious Africa’. I then discovered it was invented in the 20th Century… That label is close from an ancient Roman colonial thought. Ancient Rome is the centre of the world, and music that comes from other places, the ‘colonised’ places, can be put in a single category. It’s something you play at a party to impress your distinguished guests, a music from the ‘land of the slaves’, from those ‘mysterious and dangerous tribal lands out there.’ Here’s what the term ‘world music’ conveys.”

Ethiopiyawi Electronic is a reminder of the value that lay beyond the name ‘electronic music’. He pushes us to rethink our codes and our ways of listening and producing. “Only one thing should survive the nice or empty speeches: what matters is the music. Listen to the music. Forget your preconceived ideas when you listen to a piece. Forget the labels, even if you found that music in a certain section at the record shop. Close your eyes and absorb yourself in the moment. Listen, trully listen and try to feel what the music is doing to you. If you are able to do that then maybe, maybe you are able to release the taint of those narrow labels and connect with the work with the piece of music, like you should.”