07 MIN LI-
RE
Accueil
Tous nos articles
Erol Alkan: “Is everybody going to like it? Personally I don’t care”
Écrit par Trax Magazine
After founding the Trash Club in London and the Phantasy Sounds label (Conan Mocassin, Late Of The Pier, Chilly Gonzales, etc.), working with Daft Punk, Justice or Boys Noize, Erol Alkan, the DJ and remix expert, tells us about Beyond the Wizards Sleeve’s new album, a project he has been running with Richard Norris for a decade. Extremely hard to pin down, but in a jazzy mood and production, The Soft Bounce takes us far without loosing us. A journey!Written by Arnaud Wyart

Erol, Richard, can you introduce each other?

Erol Alkan: If I was to introduce Richard to someone that does not know him, I would start by saying that he is the other half of Beyond the Wizards Sleeve. He was also in The Grid, as well as many other bands and projects. Richard has a really rich history, it depends a lot on how old the people are, there several era in which you can have met him. I’ll show you pictures (laughs). He was also featured several times in Top of the Pops, one of the biggest music TV shows.

Richard Norris: Erol is a guy that always fought to change things and rethink preconceived ideas in electronic music and even music in general. He has a much different vision than most people. That makes him a very singular character.

E. A.: You forgot to say how handsome I was…

So you met each other at the radio?

E. A.: Yes. We both had a show in which we played records and talked about it. We met kind of like this: “You know what? I love the tune you played last time.” One thing led to another, we thought that it would be cool to make edits of certain tracks. At first, it was a thing between us, to play in our DJ sets. At that time there was a big musical universe around electronic music. We wanted to go beyond that, towards new kind of sounds, new genres. It is a positive aspect electronic music when you really get into it, it can open so many doors… 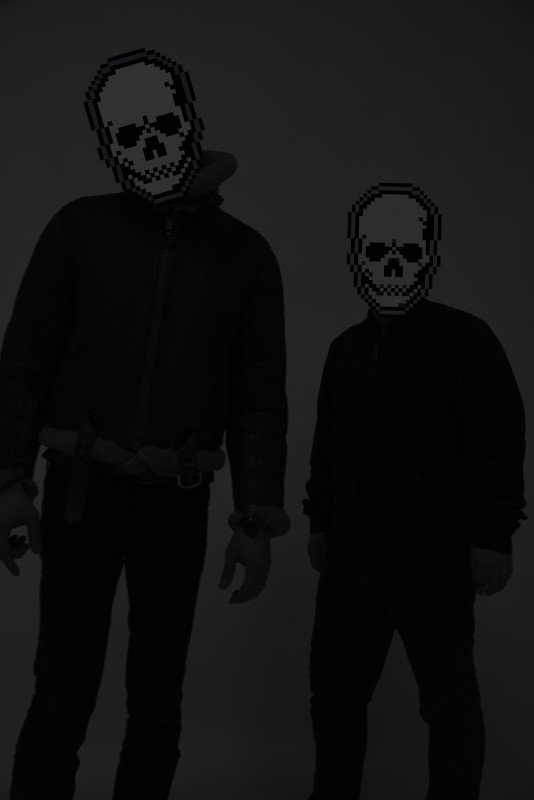 Do you think it’s a producer to try to avoid locking yourself up in one style?

E. A.: Yes. I think it is important to let yourself go and to follow your inspiration, whatever the genre. I think Richard will agree, if you we listened to electronic music twenty four hours a day it would drive us nuts. I think that is true for everyone. It is a dire need.

What is your view on the Ed Banger era?

E. A.: It was a really inspired time in electronic music. There so many great tracks released. I remember, when Justice came to my place, they stayed a few days and we hanged out together. It was beyond music, but I would have played their tracks anyway.

The album contains songs rather than just gathered tracks. It is coherent and yet none of the tunes sound the same. It feels like you have been very free when doing it…

R. N.: We usually do things differently. It is true that if we had wanted to boost our careers, we would have made the album in a very different way, because it is obviously not the good way (laughs).The record was made by music enthusiasts. It was not the “I need to make a record and a tour…” kind of album. It is the result of years of collecting albums, discovering sounds, artists festivals, etc.


It is very experimental and there are many references. What was the production process like?

E. A.: Some of songs have three or four different tracks inside them. Some parts are put forward and then disappear. There are many unexepected things. I love it. “The Delicious Light” works on that principle. Same thing for “The Soft Bounce”, the influences are wide and diverse. Drums from Fela Kuti, bassline that sounds like Underground Resistance, guitar riffs like those of the rock band Sugar in the early 90s. On paper youmight think: “How can this work?”. But I think that here lays the challenge for a musician! If you are not scared when you create something, you will never improve! If you do not take the risk of emptying the dancefloor when you are mixing you will never make any progress. You need to put yourself in danger. “Is everybody going to like it?” Personally I do not care. I like it or we like it! If matters for others that is their problem. It would be easy to make 100BPM tracks, that 5000 people would love and we would sell it to those people. But that’s not what we want to do. We would rather create music that will inspire people waiting at the metro station.

R. N.: Another thing that must be said: people who listen to an entire album have become rare. Generally people listen to one tune and then think about something else. It is not easy to keep people’s attention for more than 15 minutes…

E. A.: This is why we made sure that every track calls for the next one. We like the modern times and what they have to offer. Today you can have access to tens of thousands of songs on your phone or your computer, that’s awesome. It is a really positive thing for music fans. But the consequence is that people keep switching and swiping everything, we wanted to give them a chance to go a bit deeper. If people really like a song we want that song to have something in it that will echo other songs. You obviously need to be a bit curious to find those small bits, but it is a door we leave open for them.

R. N.: This idea of curiosity is prominent. It is the reason why decided to make music and why we stayed fascinated and involved for so long. You need to be curious, otherwise it’s dead. There are always brilliant artists to find out about. I completely agree with Erol about the creation process. You need to be free enough to go to different kinds of music. When we made the album, we wren’t thinking: “Let’s put a techno bassline and an indie guitar.” It was more about references. It’s not like a mixtape. Here you need to put clearly identifiable sounds. You can do something really good but you need to be free enough to go further. We tried many things, when it didn’t work we simply tired something else.

E. A.: Music always tells you what to do anyway. When we decided to put a techno bassline it was because all the other basslines were too obvious.

It is a rather jazzy attitude, “Creation” reminds me a lot of Chicken Corea. We’re really far from a rock album…

E. A.: There are amazing rock albums on Phantasy, those of Conin, or Drone Logic from Daniel Avery… But we try not to repeat ourselves too much.

R. N.: I think it comes from a particular swing in the drums. Even if it is quite basic, it makes the tune lively. It is always important for a producer to offer incredible sounding rhythms. It is a primordial signature.

Beyond The Wizards Sleeve – Creation


Is this album a one shot?

E. A.: You never know, it depends on many things. We make the album because we wanted to share something. So it’ll never be planned or calculated. It’s not a sustainable career path anyway. Finish this record and be happy with it, it’s already unbelievable.

Do you want to play it live?

E. A.: One thing for sure is that we’ll never make a laptop live set out of it.

R. N.: Bass, drums, keyboard, guitars… if we could play all the tracks separately, it may be possible…

E: Every track is 10 minutes long in its original form. We have so many rushes that it was hard to make an album out of it… For example on a track there is a two minutes flamenco moment and then at the end the track is all over the place. There are so many ways to perform that… And the people who listen to whole album would want more for the live version. If it happens it will need to be in a very loose framework and in a different way every time. We would also need talented musicians. It is not on the agenda yet. 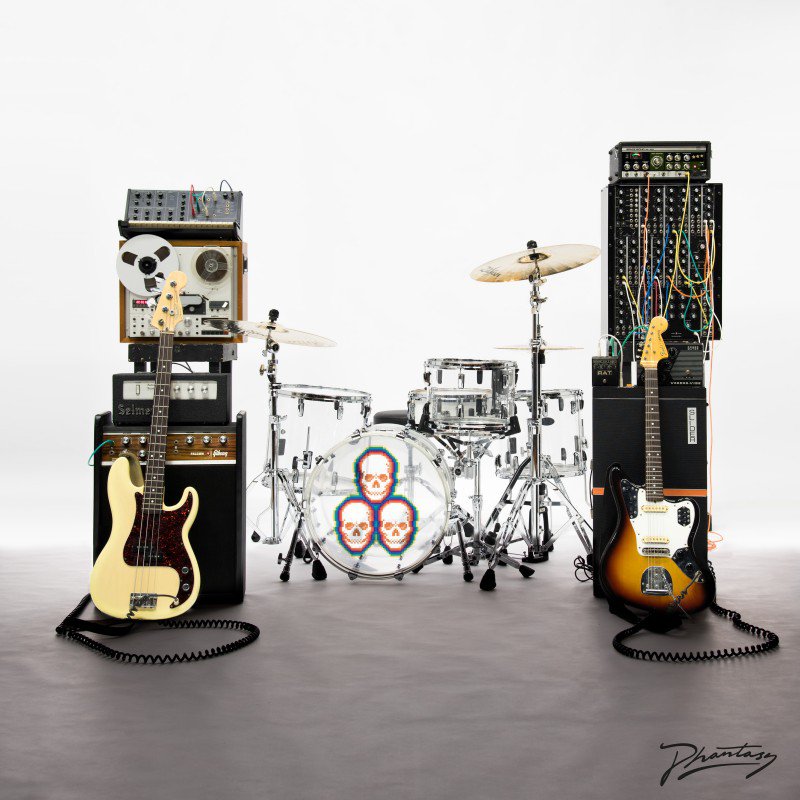 When it comes to the UK Brexit is current sad news, how do two British entertainers like yourselves feel about the current atmosphere?

E. A.: I think the past weeks have changed the youth’s mentality for good. They understood the threat. Before that they were not even thinking about it, which is mad. Sometimes you don’t realize the dramatic side of something, you think it’ll never happen to you. Stupid idea. In England we saw that with the Brexit project. People were against the referendum, they didn’t want to leave the European Union. The tragedy that happened (ed. Jo Cox’s murder) was unnecessary. I was on Facebook yesterday and everything made me mad.

R. N.: People’s every day life will be affected by all this. Nowadays, Internet sustains people’s opinion in a way. If you go on Facebook you’ll be more or less surrounded by like minded people. Because of that you’re not aware of the scale of the problem. It became hard to have real face to face debates. We need more spaces where people can disagree and explain their reasons, but in a positive way. If they all react by saying: “This is how I think and I don’t care if you disagree.” that’s no good. We need to respect each other’s positions. But we’re far from that. The issue is that it’s only a dream. We’re going scary and depressing times.

E. A.: It is a very British thing. People have their views and they keep them, especially the older generations.

R. N.: It is a consequence of democracy. At the same time it is a bit scary because it looks like fascism. It’s very weird in England. You have the more intelligent people on one side, and the narrow minded on the other.

E. A.: We’re going back to the Stone Age and more ancient times…

R. N.: I think people have always been nostalgic of a time that never was.

Beyond The Wizards Sleeve – Diagram Girl

About the video clip, its director, Kieran Evans, said: “I like Beyond The Wizards Sleeve’s music; I’m a fan from the beginning and I had the chance to work with them on the visuals of their amazing DJ sets. The video clip “Diagram Girl” is influenced by New Wave movies, surrealist cinema and Samuel Beckett’s dream logic.”