05 MIN LI-
RE
Accueil
Tous nos articles
Drumcell: a meeting with the flag-bearer of Californian techno
Écrit par Christophe Vu-Augier
Listen to Moe Espinosa’s forthcoming track ‘Distant Mystic’, courtesy of Trax. Taken from a live improvisation in Berlin, Espinosa’s latest outing will be released on the Unwilling Suspension of Disbelief EP under the more experimental Hypoxia alias. We thought we’d use the occasion for a chat with the American producer better known as Drumcell.

Nicknamed the “flag-bearer of techno in Los Angeles”, Drumcell is mainly known for delivering banging records on labels such as Droid Recordings and Dystopian. Nevertheless, he is also an artist, capable of grabbing just a few synthesizers before making his way down to the banks of the Los Angeles River to play a stripped down live generator-powered performance of ambient music. We exchanged a few words with the native Angeleno about his recent projects and the do-it-yourself culture entrenched in his hometown.

“I make noise and sometimes organize it in semi recognizable patterns” cheekily announces Moe Espinosa’s biography. We start talking about L.A. and the sudden interest from the electronic music media towards the megalopolis, and he strikes us with his eloquence and swag. A laid-back line-up of jokes and wisecracks keeps up the rhythm of our conversation, and at one point he ends up asking if the interview has really started. “I think there have been a lot of things happening in L.A. for a very long time but it had never caught the attention of anyone in the media. Suddenly everyone is talking about it and I don’t really know why. But hey, I’ll take it.”

Moe grew up spending his time outside playing with his friends, a bunch of inner city kids who, as teenagers, began to discover and explore the underground world of rave parties emerging around 1995. The desert of California and the numerous abandoned warehouses of downtown L.A. offered a proper playground for organizing illegal rave parties. There were a lot of them, and some were massive, with over 4000 people attending for a whole weekend. But with the dawn of the new millennium, a capitalist mentality began transforming the movement into something more and more legal, regulated, and less and less genuine. Extremely popular at the time, the electronic music and rave party scene also faced a series of tragic deaths, receiving an extremely wide media coverage. An “appropriate answer” from the government didn’t take long, and the finishing blow came in 2003 with the Reducing Americans’ Vulnerability to Ecstasy Act. The RAVE act drastically reduced promoters’ opportunities for any event related to electronic music. Clubs were forced to close at 2am and police forces were given a free pass for intervening and interrupting parties on unbelievable grounds. A whole scene died out and at that point Moe decided to start Droid Behavior with the help of the Vargas Brothers, the two men behind techno act Raíz.

“We thought about a solution, and decided to organize illegal parties in warehouses and to be the stealthiest we could. In a way, we recreated what we had experienced at the beginning of the 90’s. You had to drive to a mysterious place where you had to buy a ticket. You would then get a map that would lead you to a parking lot where you would leave your car, and embark on a shuttle that would take you to the party in an unknown warehouse in the middle of Los Angeles. That was our answer to avoid outside control and party the way we wanted.”

Droid Behavior grew and was joined quickly by artists such as Truncate and DJ Hyperactive. It soon became a staple of the techno community in Los Angeles, with a dedicated newsletter reaching over a few thousand subscribers at the center of it. Moe regrets being less involved today, mostly because of his own DJ career that forces him to be on the other side of the world on a regular basis. But he has the firm intention of spending more time at his home base and, with his friends, still organizes the Interface parties, a big annual rave. Droid Behavior also became a label, and this year it released a compilation regrouping artists from Los Angeles which aims to represent a slice of the sound that the crew has been fighting for – a kind of “soundtrack” of the movement.

But if techno and moving dance floors occupy a preponderant place in Moe’s life, it is his label Bl_k Noise started with the help of Surachai that he’s more committed to at the moment, using a new identity: Hypoxia.

“It is a personal effort. We are not trying to start a revolution or to establish some kind of brand. I think that Surachai and myself sometimes have the impression that we belong to very codified worlds. I sometimes feel somewhat confined in my role of being a techno DJ with the expectations it provokes. People want to hear tracks that are club oriented. Sometimes they hear more experimental stuff and complain about not hearing the ‘good old’ Drumcell. I don’t give a fuck and I don’t want to hear this shit. That is why Bl_k Noise exists.”

As a space for freedom and creativity, the project that started in 2015 has, in a few releases, revealed a side to Moe that wasn’t widely known. These more left-field records were sold in limited quantities with no distribution. All five of them were actually sold through Bandcamp. Moe packs the records himself, signs them, and puts stickers in before bringing them to the post office. The response, exceeding by far what he had originally imagined, was a big surprise. But even if the project is successful, he emphasizes not intending to change anything, satisfied to keep a very DIY attitude. 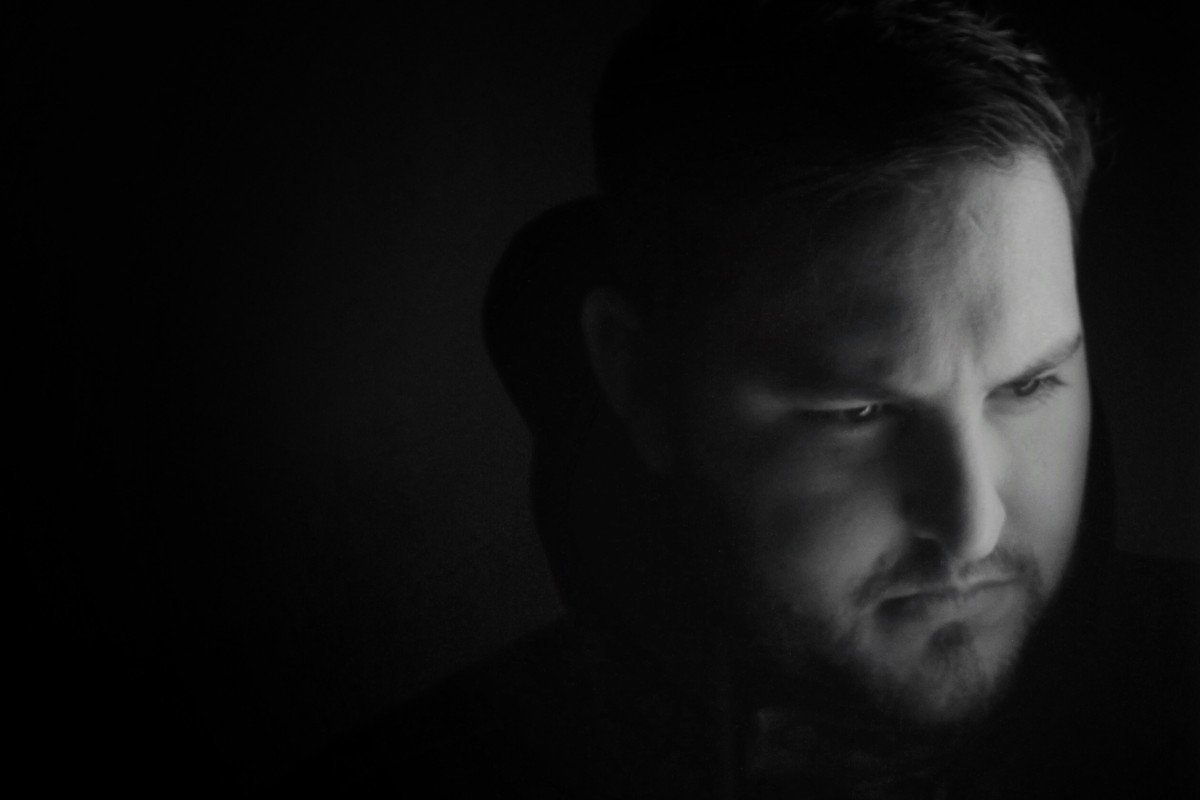 As we end our conversation, he exemplifies this very ethos, reminiscing about his early days: “We intend to keep a connection with the people that buy our music. I grew up like that: if you want something, you do it yourself. When we were 16, we wanted to release this record and we didn’t have any money. We had no clue about distribution or sales. We went to this pressing plant and met this guy who told us he wouldn’t press less than a 1000. Nobody would do limited runs of 300 at that time. Like, are you crazy? We didn’t have that kind of money for 1000. I remember that guy, he knew we were a bunch of kids so he was like, “I’ve got a bunch of old records in the back that we were going to throw away. I’ll grind that shit up and we’ll remelt it and I’ll press your records out of that, and every record in there is a different color so I don’t know what you’re going to get. But I’ll do it for half the price.” The guy was just going to get us out of the door. So we gave him all our money. We came back to pick up our records, and every record was this shit-brown color. It was really ugly looking, but that’s what happens when you mix red, blue, and green, and yellow, and black and.. it just looks horrible. And not only that, it sounds horrible. I mean the record did not sound good at all. But that was two seventeen year old kids with pocket change trying to make a record and do anything that they could. I guess that speaks volumes of the DIY culture of where I grew up. We went on foot on the bus with boxes of records down to Melrose, and there were like seven record stores on Melrose, and we would go into every record store and just slam the box on the table and be like, “we got records for sale, do you want to buy them off us?” And every record store was like “we won’t buy them from you but we’ll take them on consignment.” Two months later we got on the bus and went back to all those record stores and we were like “did you sell the record?” and they did. They sold all of them. And we collected all of the money from the consignment checks. And that MAD12 record actually became quite famous. If you do mention this story you have to mention my friends Mikey G and Nate because they were a big part of that project, and I don’t want to take all the credit for it. Releasing records by myself was just a natural thing, I didn’t think about it.”