06 MIN LI-
RE
Accueil
Tous nos articles
Digitalism: “Homemade music tastes better”
Écrit par Sinah Vonderweiden
We met the duo Digitalism before the release of their album Mirage. The Hamburg-based producers, who consider themselves first and foremost ‘album artists’, prefer their music to come straight from the source. Samples, remixes? They’re not so fussed.

Digitalism are something like Daft Punk, with a little drums on top. This group, among others, modernised the legacy of the Klaxons with the addition of devilish rhythms. It was the single “Idealistic” that made the duo famous, but titles like “Zdarlight” (2005) or “Wolves” (2014) simply confirmed the adoration of an ever-growing fanbase. The two musicians from Hamburg showed with their debut album Idealism that the indie rock scene could dance, and reinvent itself too. From their new LP Mirage, it is above all the song “Utopia” – and the video with its sublime visuals – that caught the fans’ attention. And even if the synth pop influences are as obvious as usual, a few hip-hop interludes are also thrown into the mix.

The sound of your new album Mirage is pretty recognizable, but the songs “Go Time” and “Destination Breakdown” caught my attention as they kind of differ from the rest of the album: the vocals are especially present. Who did you work with on that?

I think “Go Time” is not that far from our usual style. That has always been indie music, like on our first album, Pogo, with all the indie pop on it or “Two Hearts” which is indie-electronic. “Go Time” has the same roots: a song that is kind of disengaged from the rest of the album yet still has its place there. We had already co-written some songs with other artists, like “Wolves“, which we finished with Youngblood Hawke. But “Destination Breakdown”, we simply wanted to write ourselves. In fact, we wanted to produce the majority of this album on our own. The only two songs that are actual collaborations are “The Ism” and “Battlecry”. The rest comes from us. We had so much energy that naturally we felt the need to make an album which shows all the images we have in mind.

“We are album artists. Our fans expect something they can follow, like a book or a TV series.”

And what exactly does go through your heads putting together an album?

We are “album artists”. Our fans expect something they can follow, like a book or a TV series. It all clicked when we were in Chicago earlier this year. It’s not like we didn’t have the will or the energy before, but that was the moment we realised clearly that we had to put out another LP. As it is said in “Go Time”: “Magic happens but only today“. 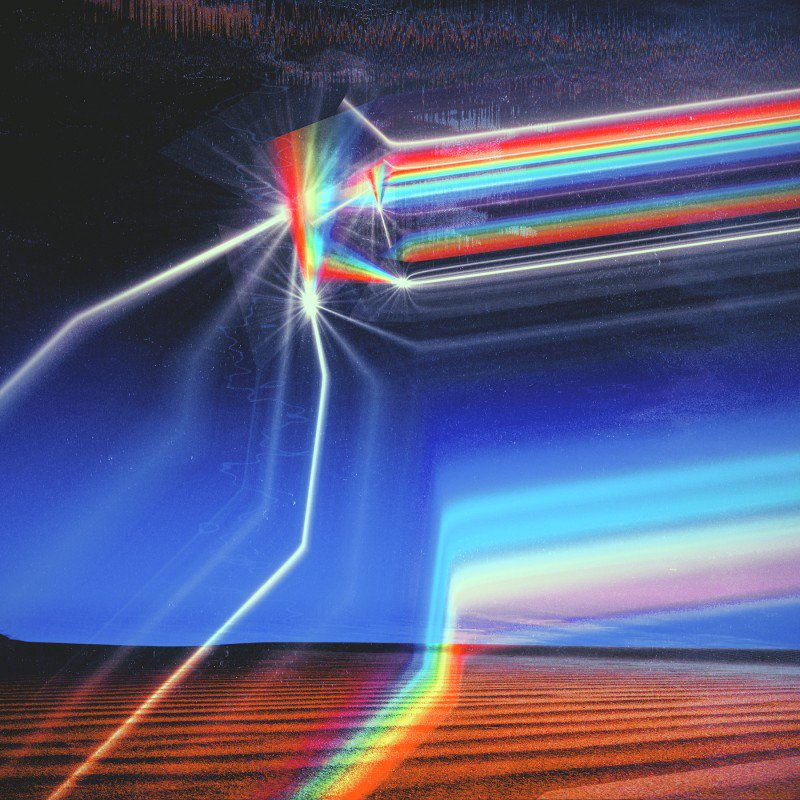 So there are special moments that “trigger” your motivation?

Travelling and getting away from the routine helped, yes. Jens lived in London and me in Hamburg so we worked together, but from afar. Normally we’d be together in the studio all the time. Back then, finishing a track could sometimes take four weeks. But for Mirage we were working seperately while shuttling between the two cities: it was a really different kind of efficiency. In the end, we reached our aims pretty quickly: the journeys motivated us a lot.

I had a good laugh at your meme “It’s Goat Time“. You guys seem to be on the same wavelength…

You could say we’re a bit like the Elbbrücken [editor’s note: large bridges in Hamburg], we connect. At the moment, many things seem stationary: but we are a team that is constantly moving, as we try to fuse different styles. We don’t want to be confined to one sound. In fact, we don’t always take the same bridge because there are thousands of bridges that can all lead us to something good.

Jens, you sing in “Go Time”. This approach is different from electronically generated sounds, right?

We moved from just being DJs on to becoming producers, and from producers to a band of two musicians. We started by remixing vocals – because having only the instrumental by itself is sometimes a little boring – before we finally decided that I should sing myself. This goes back to our idea that it’s important to compose our own songs, start to finish. Singing is adding an extra melody to our productions. In fact, we pay greater attention to the way the voice enriches the rest of the song, rather than writing sophisticated lyrics: we are no poets. First, the sound comes to you, and is then “filled” with words afterwards. It’s like another sound element so it’s just another way to achieve a vision.

How did you manage with “The Ism“, to add a hip-hop dimension to your album?

During our last tour in the United States, after a meeting for an interview at an independent radio station (KCRW), our driver told us he could rap . His name is Tony Wilson, and he comes from Tennessee, so they call him Tenessee Tony. I told him in the end: “Get it on, let’s have a freestyle!” And, next to the bus engine, he started. In two minutes, he’d got us a gorgeous rap, where he talks about to the tour we did. Basically, it was only planned as an Interloop, but we thought it was just so cool that we had to make an entire song out of it. Besides, his daughter – who is a backround singer – is a bit jealous now, because he made a hip-hop track at the snap of a finger, just like that.

Last year you toured Australia. This year, you have 5 dates in Europe and then you leave for Canada and the United States, where the electronic scene is booming. What is the difference between techno culture on the different continents?

I think electronic music stays electronic music. It is related to where it came from wherever you are: if it’s successful in one country, people naturally try to push it elsewhere. The sound is clearly a little different, depending on the location, but – I do not mean to offend anyone – the real techno always came from Germany. There are for example also the typical French techno sounds which developed later, but look at Kraftwerk that inspired Daft Punk. Moreover, the influence didn’t come only from the music, but from their style with the moves they used, the robot helmets…

But, which area appears to be most special?

Japan. Even though it’s been more than a year that we’ve been there, it’s always unique. People are different, very loyal: they follow you, sometimes they bounce just a little while dancing and they usually applaud after each song. It’s different from here but that will change too: they can look up on the internet what’s going on elsewhere and they will reproduce the style. In any case, they know how to party.

This changes constantly. We have a collection of songs, but we’re constantly adapting our current productions, like with new ideas from the studio or anything else, edits etc. We prepare our gigs, but not too thoroughly. We get inspired by going to the record store and decide when we get to the studio what to put on the record. The internet is so cluttered that we have a better overview in a record store, because someone has already preselected the music there. They do not customise it for you, but for the record store, which is dedicated to a certain category of people. It works very well.

I think “Utopia” is already a hit. Why did you decide to release this single at first?

We decided to come out with Utopia as single when we mixed the track first time live. It seemed to us that the album was ready long ago because Utopia had already been played a lot. In the past, when you played somewhere, it was normal that there was always a song that people responded more to, which we played twice and nobody would complain. In contrast, people wanted it to be played another time. With Utopia, it was exactly about this euphoria. Not everywhere, but for most concerts. So we played it twice and the people were so pleased that straight away we thought to ourselves, it’s just a track that has something magical.
It seemed clear that it would be a good idea to start with this piece. The album’s artwork was made by Yoshi Sodeoka. He comes from Japan, but lives in New York and has already done something for The Presets [Youth in YouTube, 2012, editor’s note] and for Tame Impala [Elephant, 2012, editor’s note]. He’s pretty good at producing videos that match our theme. He made us a great video, which is very trippy, glitchy to the core.

So, can we expect some more videos coming out soon?

Yes, for Go Time there is a video in planning and also for another track, but that’s all I say for now. Only one thing, it won’t include so many graphics (they laughs).

On social networks, you are quite hippie and friendly. And this cheery kind of exchange with your fans takes place on every major platform (Facebook, Twitter, Instagram, SoundCloud etc.). Is this interraction important to you and why? Do you maybe have a community manager?

Most of the time, we try to post everything ourselves. I take care of Instagram, because it’s way easier to take pictures and publish them directly, rather than sending them to another person who does the post afterwards. On Facebook, we work with some people, so there we have a kind of creative exchange. I think it’s important that we represent our personal style.

People get it very quickly when you’re not posting by yourself. Well, messages like “We come to your city” or “We’re playing tonight at … .” in combination with the current poster, we’re not publishing ourselves. But images or live videos, all this is just us and it’s not planned in advance. We’re just on Facebook. Our album will come out on May 13 and I’m already pretty excited to see the fans’ reaction.

Jens even has his own Tumblr blog, because photography makes him super happy and he also has a great eye for images. Nowadays it’s great to meet people, exchange ideas and we even ask others if we can post their photos, if we like them. We made music, which used to be a hobby, but has now become professional. Sometimes we think about other hobbies like taking photos and things. So we complement one another much more. If we want to do new things, we do them better. That’s how it goes.