03 MIN LI-
RE
Accueil
Tous nos articles
Auto-Tune, the story of an artificial quarrel
Écrit par Trax Magazine
Every month, Trax and Star Music will introduce you to a machine that has revolutionized electronic music production. In this edition, Teki Latex has chosen Auto-Tune, a plugin as magical as it is controversial, and extremely popular in the hip-hop and pop music industry. By Arnaud Wyart (translation : Sam Shore)

Auto-Tune saw its beginning in the mid 90’s, far from the traditional music studio. Andy Hildebrand, an engineer at Exxon, the giant American petroleum company, was asked to develop a technology capable of analyzing seismic wave data in order to facilitate the search for oil at the ocean bottom. Rising to the challenge, he created a successful tool. But when Hildebrand retired, he decided to adapt his invention in order to correct false notes and frequencies in audio recordings. As he explained in a CNN interview, his invention had tremendous implications for the music world: “Before Auto-Tune, the music studios corrected bad pitch by asking the singer to repeat the part over and over again. They ended up with hundreds of tracks that needed to be mixed together in order to obtain a song with no false notes…”

Envisioning this as a perfect tool for computer assisted music, Antares Audio Technologies spotted the opportunity and took the newborn baby to  the next step. In 1997, Auto-Tune was officially introduced as the audio plug-in we know today. It’s function is quite simple : it analyzes the frequencies of a voice and automatically modifies it to match a predefined scale. But even though its main purpose is to allow producers or singers to use voices that were poorly recorded to begin with, it also hides another one. By pushing the settings, it becomes possible to actually transform the voice into another one. That’s precisely what Mark Taylor and Brian Rawling did when they produced Believe, the song composed by Cher that made Auto-Tune popular in 1998. The two Englishmen over-pushed the correction settings to the point of obtaining a robotic sound each time the plug in processed a signal. The effect is mind-blowing, the song not so much…

Perhaps less obvious nowadays, technology and music have often had a hard time meshing together. It was said that synthesisers killed the groove and that groove boxes put drummers out of jobs… Auto-Tune wasn’t spared by the critics either. It was accused of lacking authenticity and humanity. Still, when properly utilized, it can sound like the classical vocoder from the 70’s employed by Stevie Wonder, Giorgio Moroder, or even Kraftwerk. In 2000, Daft Punk produced “One More Time”, showcasing Auto-tune’s creative potential.

Even though Romanthony’s magnificent voice didn’t really need any processing, Auto-Tune provided part of its originality. Mirwais followed close on Daft Punk heels, coming up with the album Production, just before providing the hit “Music” for Madonna. A few years later, it was hip-hop’s turn to make use of the now well known tool. Producers  discovered that Auto-Tune had an even  greater effect on Rap style voices than those in classic singing. T-Pain — for whom it became a veritable trademark —, Snoop Dogg  (“Sexual Eruption”), Lil Wayne (“Lollipop”), and inevitably Kanye West (“808s & Heartbreak”)… All have used the tool, and it’s now spreading like an American tidal wave.

Auto-Tune and the wah-wah pedal: the same struggle

Highly criticized in its early days,  Auto-Tune now seems to have become a victim of its own success.  As Thomas Bangalter explained in an interview with NME, it’s use has created an overdose of artificiality: “As an  effect, Auto-Tune is very playful and amusing. It’s been compared to the wah-wah pedal,  pleasing to the ear with a distinctive funky sound. Superstition by Stevie Wonder is a good example. But the other application of Auto-Tune is invisible. If you set the thresholds in a way that makes the effect unnoticeable to the human ear, then you create a “harmonically perfect” voice. When used in this way, you basically get rid of any imperfection and create something that isn’t human anymore.” 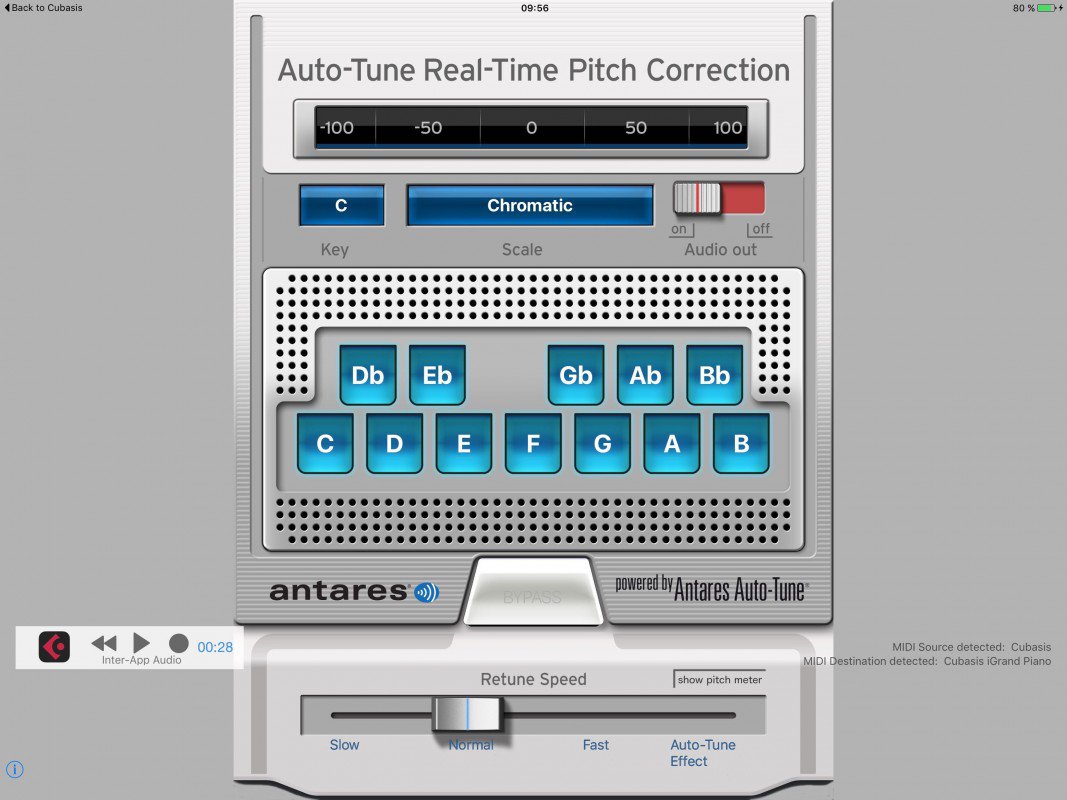 Madonna, Beyonce, or Britney Spears, for instance,  use it during their live concerts to make sure they can sing properly while they dance. It’s utilization is even more abused in the studios. Many (far too many…) singers and producers benefit from the miraculous assistance of Auto-tune and its spinoffs like Melodyne.  If you have any doubts, just listen to the last album by the French singer Renaud… Fortunately, none of this keeps some audacious producers from pushing to make more interesting use of Auto-Tune. In France, we can point to a few like Booba (one of the pioneers since 2008), Koudlam, or more recently PNL, M-O-R-S-E and Numbers. Will the torch be passed along ? Stay tuned !

À écouter : Daniel Caesar dévoile un nouveau single sentimental, "Do You Like Me?"