04 MIN LI-
RE
Accueil
Tous nos articles
All there is to know about Boiler Room’s four new channels
Écrit par Paul Herincx
The famous streaming service is about to divide its shows in four categories according to the music genre. New concepts, new website and even an application are in the pipes. More excuses than we need to have a little talk with the team behind those ambitious projects.Translated by Antonin Pruvot

Boiler Room came a long way since the first live videos, shot by a webcam in a small London room. It is now a recognised electronic music institution. Boiler Room may not have invented live stream for music but it clearly made a name for itself in that league, and now covers a vast spectrum of music.

So diverse that the team decided that it needed to clarify its content for the users: “I think we got to a point where we cover so many different music genres and there are so many people following us that we need to make distinctions in what we broadcast”, explains Gabriel, 25, chief programmer for Boiler Room from the London headquarters. In order to do that Boiler Room will soon be divided in four channels: Channel 1, 2, 3 & 4. 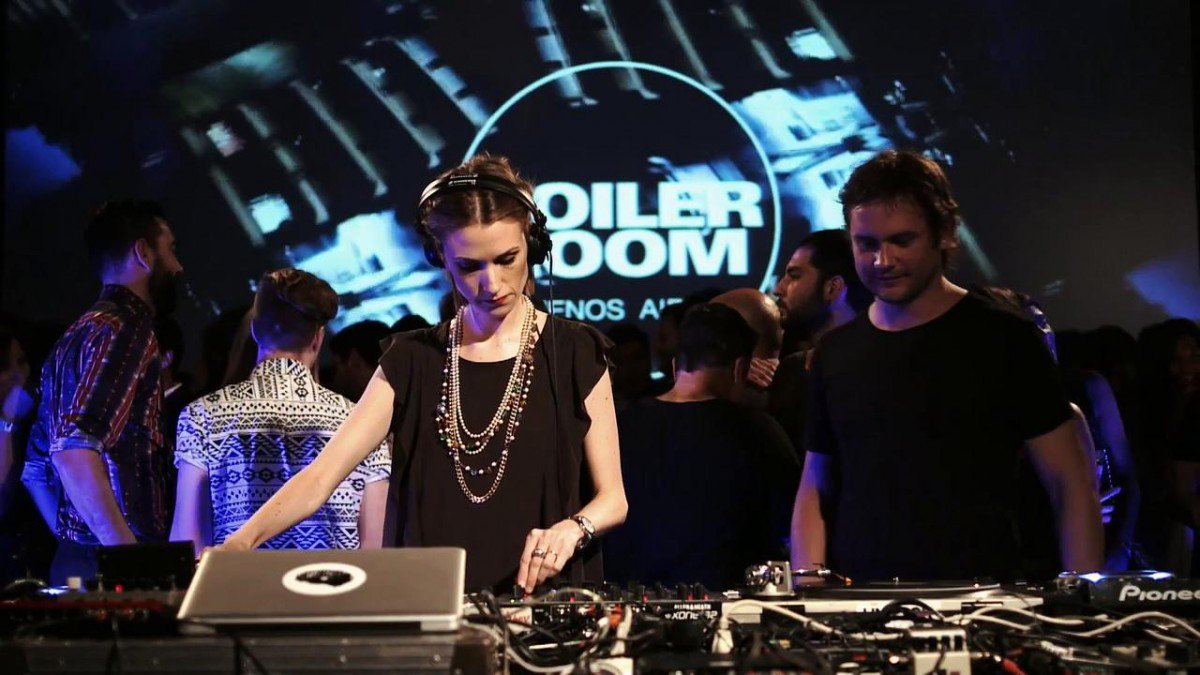 Ahad Elley from the marketing team proceeds “We can see that partition in a chronological way, regarding how Boiler Room evolved through time. We started with UK bass and grime, that would be Channel 1. Then we moved to Berlin where it was more about house and techno, so that’s Channel 2. Channel 3 will be dedicated to more hip hop, alike what we do in L.A. Channel 4 will be the more experimental, with rock, jazz, ambient and all the things that do not really have their place in a club, like Oneohtrix Point Never for example.”

Every week Boiler Room organises, films and broadcasts performances from all around the globe, for them to be accessible to anyone. But isn’t the young (they are all under 30) London team afraid of loosing its concept which allowed surprises and discoveries, by splitting into categories?

“We are not really splitting them, it is a way of categorising. The aim is to avoid people getting lost in the flow of videos” argues Gabriel Szatan “It is maybe better if you are introduced to fairly unknown artists who match your musical sensibility. Your curiosity can still drive you to other categories, and that is for the best. We will still cover different kinds of music but it is not really easy to jump from Seth Troxler to some African jazz.”

The Boiler Room ship will still explore new musical lands, they will just be separated in four universes. “If it works, it will mean that we can do more shows and go even further in the exploration without scaring people away. It is not necessarily about people but also about time. For example, when you wake up on Sunday morning you can plug in to Channel 4 and watch the ambient/yoga show that we made last year with Laraaji.”

The classification has already begun

So, how is the transformation going to work? Boiler Room will keep a single YouTube account. The channel’s name will be mentioned in the videos’ title. On the other hand the website should change soon to match the new classification. A new app is to follow shortly.

In a way, the channels have almost already started with shows called Round-Up and Breakfast Show, shows that go beyond just live performance. For the Breakfast Shows, Boiler Room goes to an artist’s place and just films he or she talking, playing records, interacting with people, basically doing whatever she or he wants.

The Round-Up shows are presented by the channel leader (we will come to that). The latter play records and talk about the channel’s general musical universe, very much like a radio show. In the coming months Round-Up and Breakfast Show should host Francis Inferno Orchestra, Mr Beatnik, Noise In My Head, Erol Alkan, Trim, Trevor Jackson, Spooky…

Each Boiler Room channels will have its own programs, with a leader who will act as a curator. “Before, we used to all be in a room thinking about what shows we should or we should not do. When I wanted to make a grime event, I was told that it was too much of a niche thing. Now every channel will get to choose internally which artist we want for the shows”, says Ahad Elley, a.k.a. Ahadadream, leader of Channel 1. Charles Drakeford will host Channel 2, Errol Anderson for Channel 3 and Gabriel Szatan will manage Channel 4.

“We want to act as guides, like when you listen to Benji B’s shows for electronic music, Gilles Perterson’s ones for the new world music and jazz, or Mary Anne Hobbs for bass music.” Gabriel clarifies “What made Boiler Room so unique at first when Tristan, Bradley and Nic introduced the performance – besides them having the best DJs in the world coming to perform – was that it was just a group of friends with a camera who were MCs for their own shows. It was enjoyable and we want to keep that aspect as much as possible. For that reason we try to put forward the faces of the Boiler Room team.”

A future beyond music live stream

In the same way as they did with Round-Up and Breakfast Show, the Boiler Room’s crew starts to broadcast more and more content other than music performances, through mini-conferences. Before the Brexit referendum, several musicians and professionals were invited to talk about the potential consequences of Brexit for the British music industry. This Monday several rappers (Novelist, Big Narstie and Sian Anderson) were discussing the theme “Black Lives Matter”.

“We slowly start to touch on cultural topics that are not directly music but are linked to it. We also have our opinions on those topics. The concept will always stay the same: people sitting around talking about music and culture, it will just be on a bigger scale.” Gabriel Szatan concludes: “We do not want to limit ourselves to parties.”