05 MIN LI-
RE
Accueil
Tous nos articles
Air goes through 20 years of its career in 15 pictures (part 2)
Écrit par Trax Magazine
The duo Nicolas Godin and Jean-Benoît Dunckel is about to go on summer tour after the release of an anthology (Twentyears) that goes through twenty years of a brilliant ascension, between enlighted pop and electronic chic. Nicolas Godin agrees to play this interview by the rules we set: commenting pictures of old friends, faces, smiles and souvenirs.Written by Olivier PernotTranslated by Antonin Pruvot 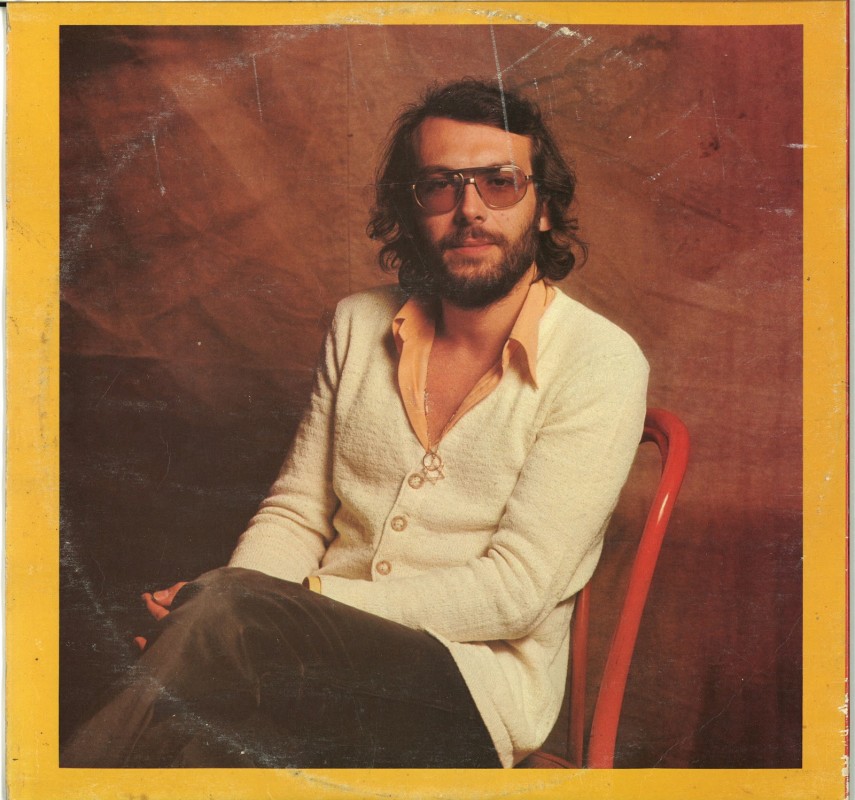 The meeting with Michel Colombier was one of the most important in my life. Jean-Benoît and me were crazy about his work. Notably what he did with Gainsbourg. I remember the movie L’Héritier from Philippe Labro, that I saw when I was a kid. There was a tuba sound that ended in an echo. That sound genuinely impressed me, and I wondered how he made it. We got to meet Michel Colombier in Los Angeles. We knocked at his door and asked to re-create that same tuba sound with an echo for a track on Talkie Walkie.  We met like this and, eventually, he made all the arrangements on the album and he played the piano on the track “Biological“. Michel Colombier was a life model to me: he had a beautiful house in California, an incredible studio, his kids were running around the house and the studio. He made music and he was surrounded by his loved ones. He had a radiant smile, and some kind of wiseness and serenity about him. I thought it protected him but he left us a few months after that. We had a show at the Hollywood Bowl in Los Angeles with a symphonic orchestra. So I call him to make the arrangements for that concert, and then he tells me that he only has a few weeks to live… 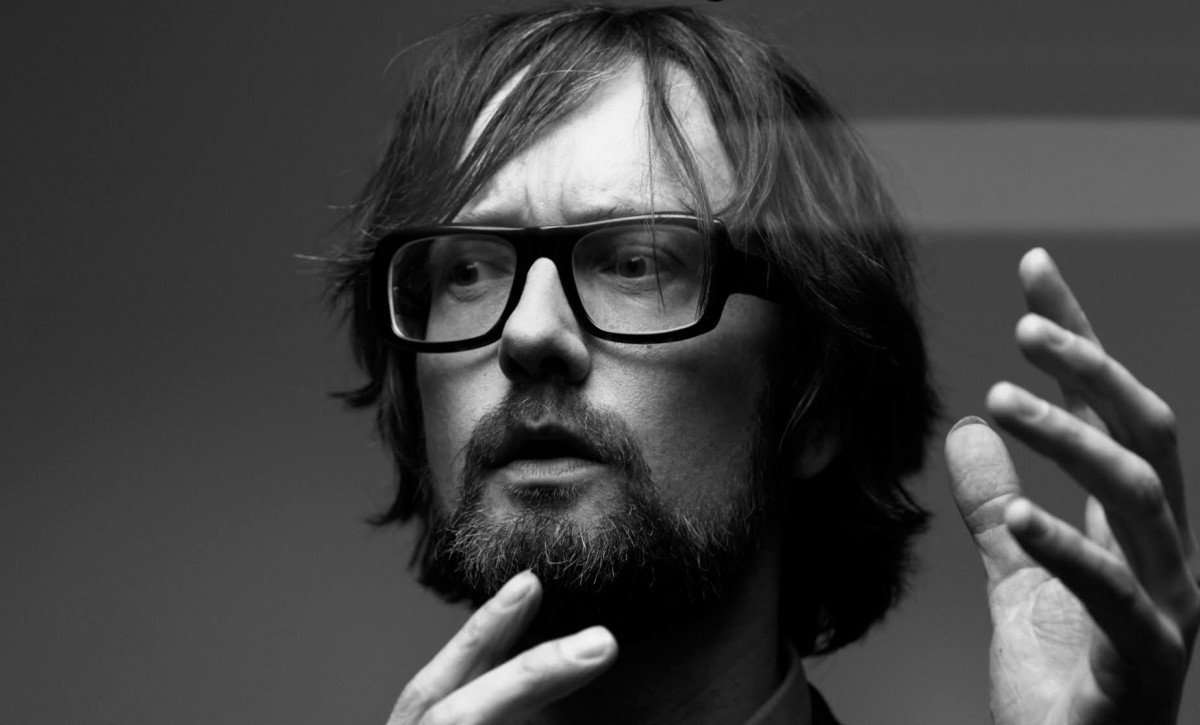 Jarvis was an amazing guy. He is a poet, coming from that great aristocraty of English rock. It’s someone we admire a lot. We worked with him on Charlotte Gainsbourg’s album. I saw how easily he appropriated himself the songs and the music. Englsih pop is our Graal. Jarvis has this little something that they have in Britain and that we miss in France. 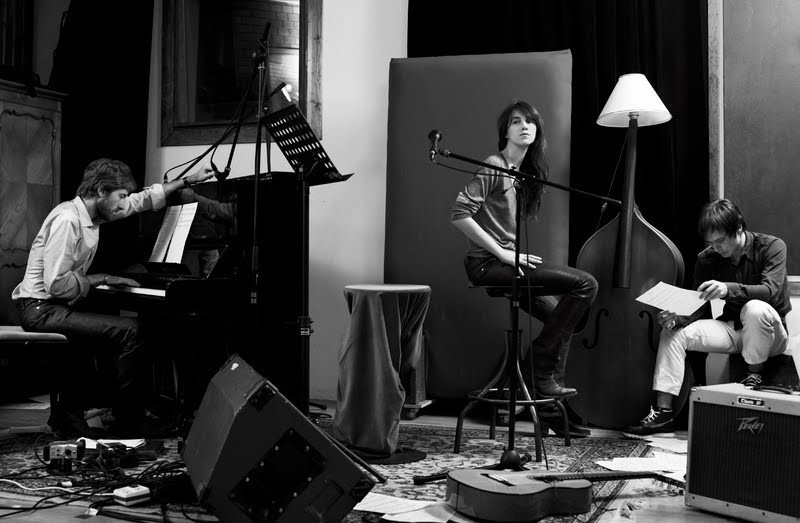 It’s a lovely picture from Jean-Baptiste Mondino. But he definitely edited it because it’s not what my nose looks like! After Talkie Walkie, we made the disc 5:55 for Charlotte Gainsbourg. A traditional song album, with verses, choruses, breaks, made in a real recording studio. With composers and musicians (Air), lyricists (Air, Jarvis Cocker and Neil Hannon), a producer (Nigel Godrich), a string arranger (David Richard Campbell, Beck’s father) and a singer (Charlotte). A true old school record that was different from the albums that two of us used to put up together on our own. Charlotte had class and style, like Gainsbourg. She likes to work, to put herself in danger artistically. There was a lot of pressure on her: it wasn’t easy going back to singing since she was her father’s daughter. 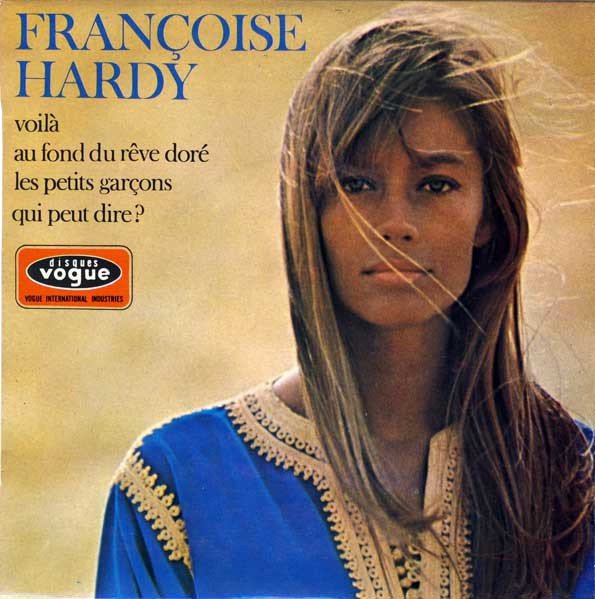 They’re very, very good-looking, both the woman and the cover. This photograph must be from Jean-Marie Périer. A Vogue record. What a time. A time where, thanks to studio Vogue, French music could face the Anglo-American pop with pride. That studio was rue d’Hauteville and it had an amazing sound. Françoise Hardy could sing in French without it being an issue, and with super romantic lyrics. “Au fond du rêve doré” is not such a known song. We found about it through Étienne Daho. One night at his place, we were listening to a lot of music drinking champagne, smoking cigarettes. He made us listen to that track, emphasizing on the tambourine. One day we had to make an original track for Japan and we made our version of “Au fond d’un rêve doré”. Jean-Benoît is singing in a very high pitched tone, and it sounds like Françoise Hardy. We met Françoise and I have a natural and astrological connection to her because we’re both Capricorn. 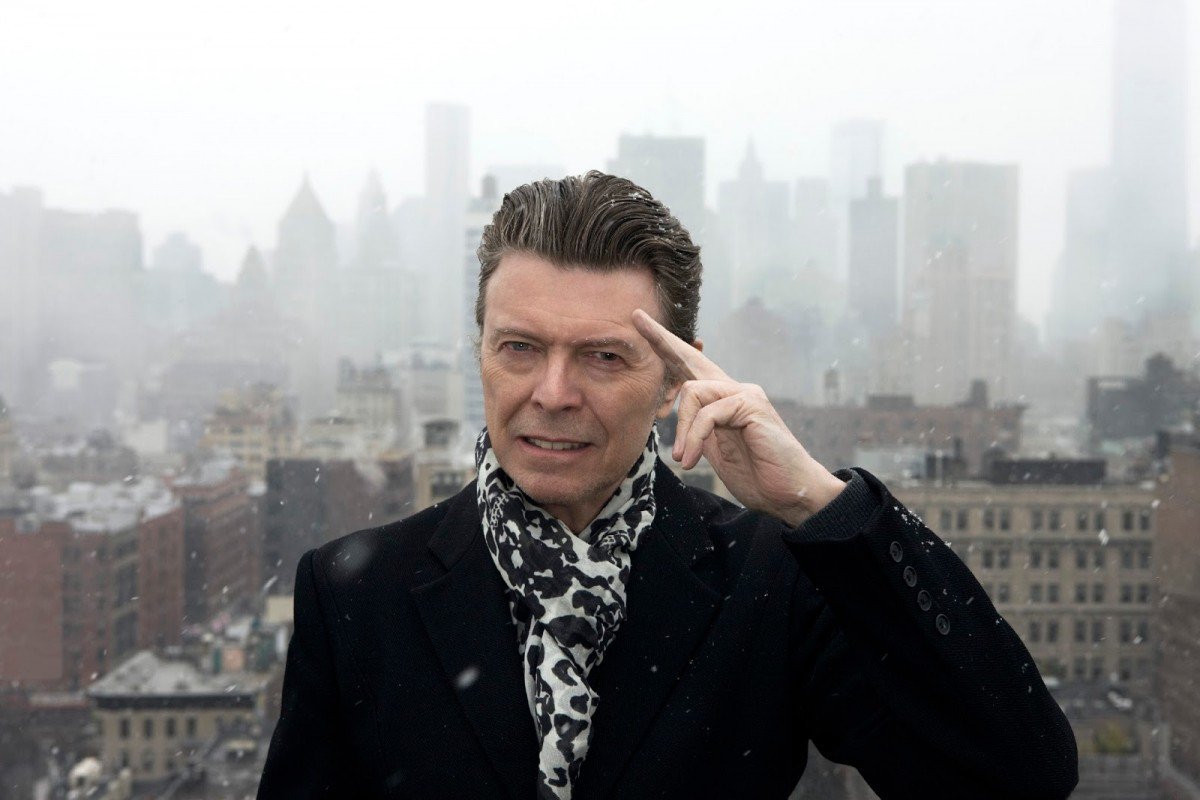 David Bowie was Capricorn too. He was one of the most talented artists of the 20th Century. So much was confined in just one human being: the voice, the look, the composing talent, the visionary spirit. He knew how to take risks and be commercial at the same time. He was also a show man. And he managed to produce so many good albums over such a long carrier. We were lucky to mix one of his tunes. When we started Air, we did a few remixes: it allowed us to buy synths, hardware and to install our own studio. After a while then we stopped doing it. But when David Bowie calls you for a remix, you do it. You just can’t turn him down. And that the way it happened: I was at my place and he called me directly on my cell phone. He asks whether I’m actually Nicolas Godin and then says that he’s David Bowie! I managed to stay calm and I asked him which drum machine he used for the track “Nightclubbing” from Iggy Pop. And he remembered very well, it was his own, he bought it in Japan in 1977. It’s was crazy that, after taking so much drugs, he still remembered details like this one! 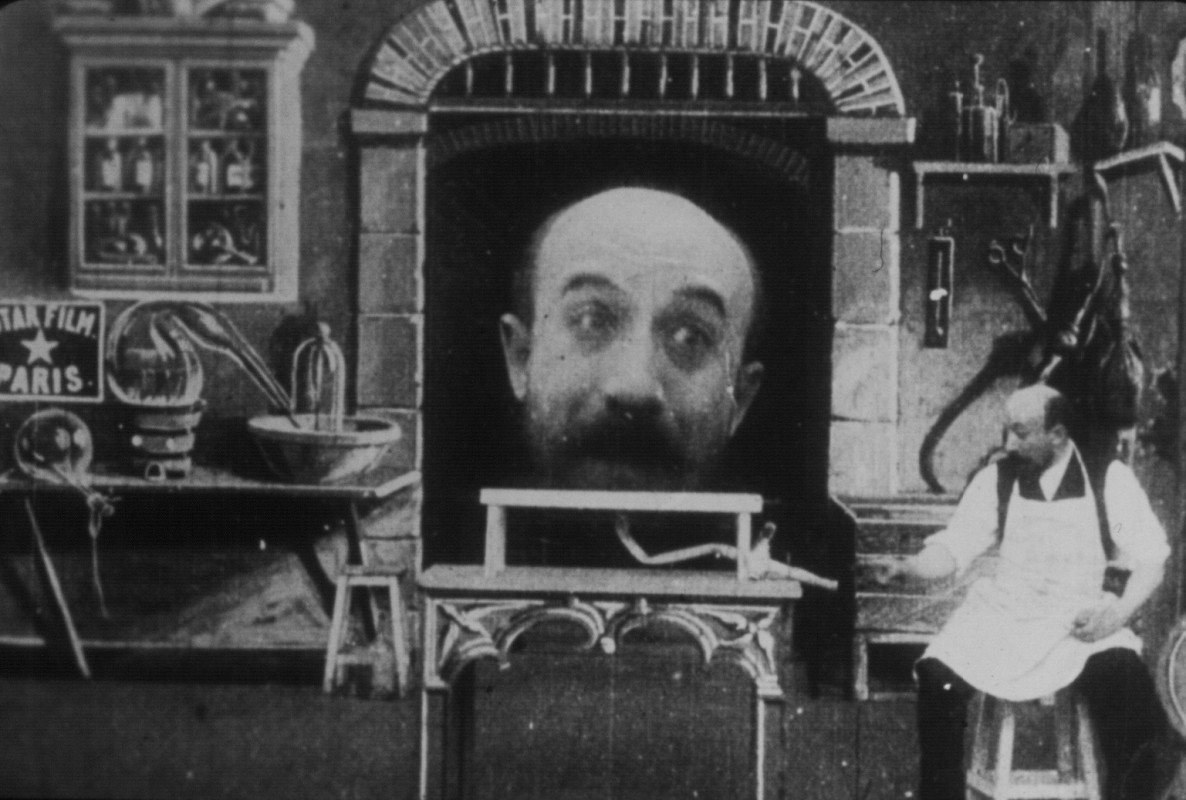 Yet another great visonary spirit of art History with his movies. It was a phenomenal and historical event to find a coloured version of Voyage dans la lune. The master was black and white but Méliès had the film painted over. We were so lucky that they turned to us to make the music for it. It was an exciting project. I believe that it’s Air’s future, working on projects where we’re useful. Because in our records we’ve already said what we had to say. If today our music can be used for projects like Voyage sur la lune, projects of this scale, we would be pleased. 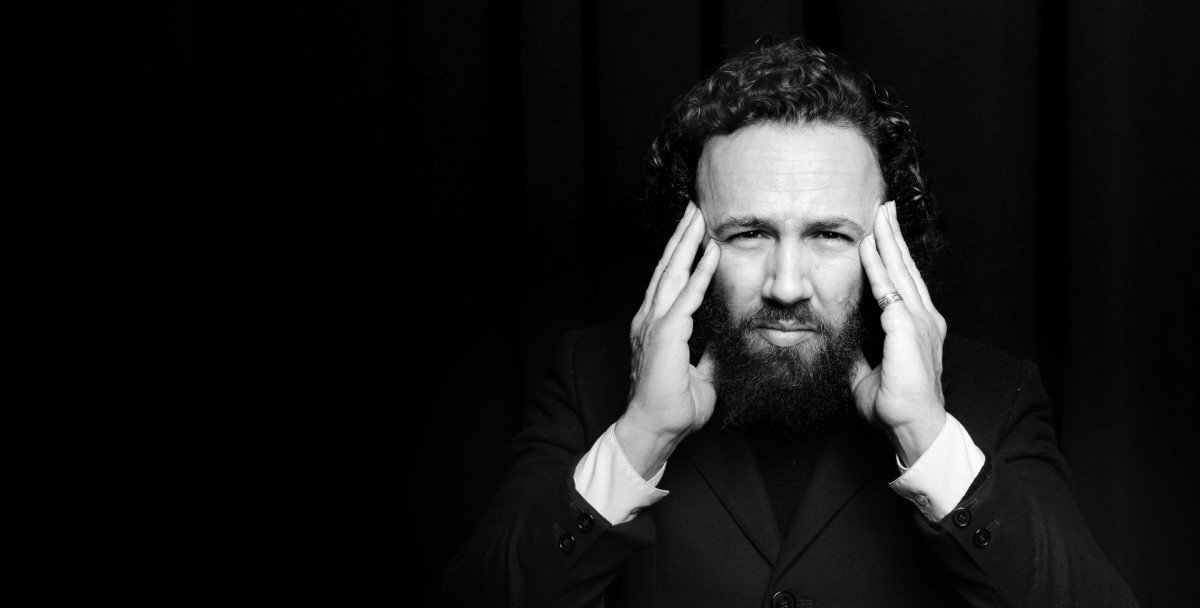 He is a contemporary artist with whom we have great personal and artistic links. It’s a poet. A bit like a musician. He creates universes. We have one of his pieces in our studio, a crumpled mirror, we exposed it in Lille’s Palais des beaux-arts last year. Contemporary art is essential in Air’s history. We’re sensible to artistic work and to the questioning that contemporary art carries. There’s a good energy there, like in fashion, whereas the music world is a bit grimer since the record industry crisis. In contemporary art, there’s money for out of the box creations and crazy artists to make those creations. That aspect is a bit gone in music nowadays. In contemporary art, we’re also really close to Xaver Veilhan, who made two statues of us, which are pictured on Pocket Sympohny’s cover. It’s very stimulating to work with artists like them. 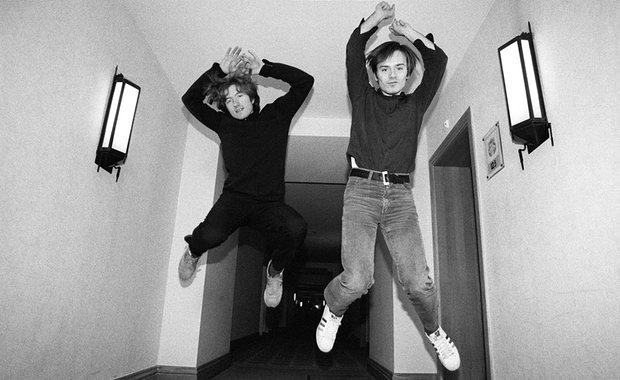 This picture is embarrassing… It’s the start of our carrier. We were dreaming of making music at this point, to make albums that become classics. We wanted to make music that would be universal. When we were making “Ce matin-là” in my flat in Montmartre, we were dreaming ourselves in the Capitol studios in Hollywood, recording with Frank Sinatra’s musicians, with the best instrumentalists and the best equipment in the world. It was daydreaming. Many of those dreams did happen, we lived our dreams. 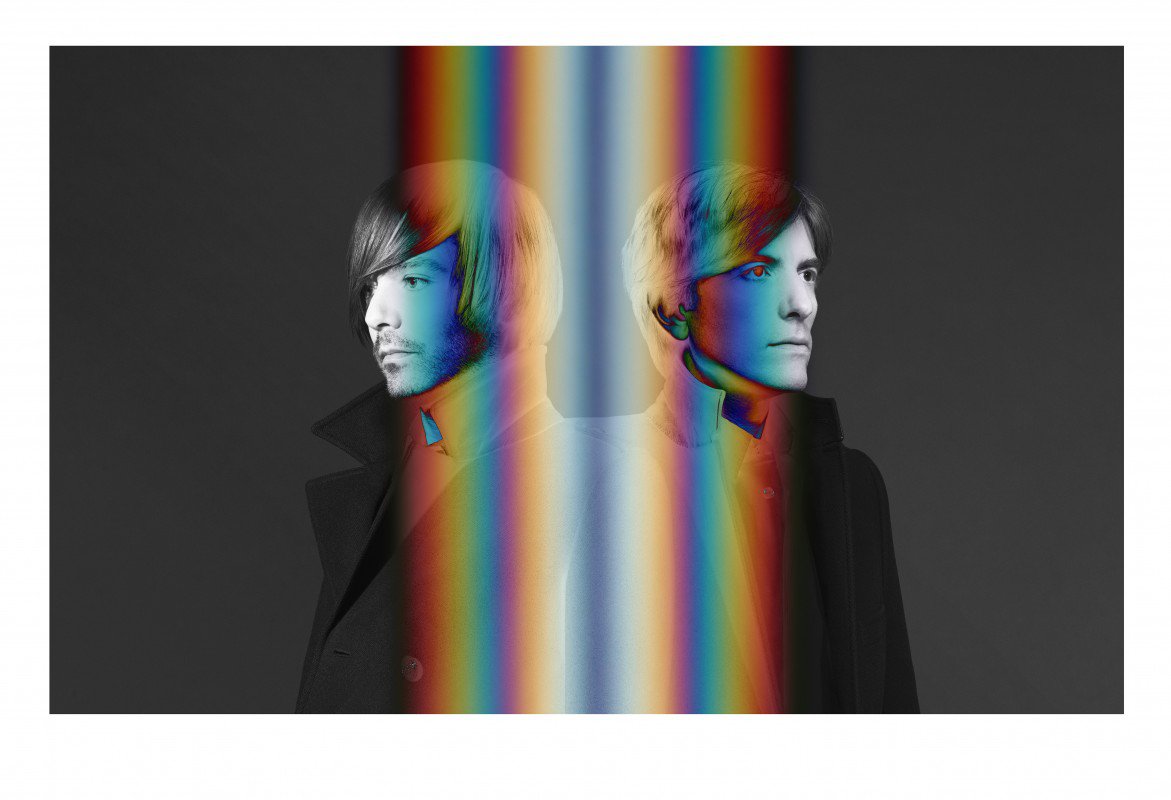 A shot made by Linda Bujoli, a photographer friend, for that anthology and that festival tour. This picture with all the rays of light, it was created by Laurent Pinon from the Prototype company. We’re really happy with that picture. We didn’t age to much! Artistically, Air today wants to renew itself and we want to make an album to the standards of the previous ones. So the group is on stand-by for a record, where there’s less expectations, less desire, and less at stake today in the record industry that became sad. But Air is going back on the scene, because there was always a real excitment, a real magic, there. The first concerts of the tour were great!

À écouter : Daniel Caesar dévoile un nouveau single sentimental, "Do You Like Me?"