03 MIN LI-
RE
Accueil
Tous nos articles
A Made Up Sound: “It’s only the label that’s ended”
Écrit par Pierre Serafini
Before his live tonight at Concrete for the first time in France and after releasing ten incredible records on his own eponym imprint, A Made Up Sound aka 2562 aka Dave Huismans decided to stop delivering music this way. Few artists in the electronic scene have been leaving such a mark on the post-dubstep/broken beats scene. His vision of techno and dub, as well as every form of weird electronic writing and sampling maestria he got into turned Huismans into one of the most refined and elegant producers of the past decade. We asked him a few question about his past and future.By Pierre Serafini

It was meant to be a finite series early on. Especially since it’s a one artist label I preferred it to be a series with a clear beginning and end, rather than letting it go on indefinitely and risking losing the drive for it at some point. I’ve always thought 10 releases – 9 official ones and the 00X whitelabel – would be a good amount to do what I wanted to do with it. It might seem arbitrary to let the number of records determine the end, but it’s in fact helped me shape the label, to decide what to release on it and what not.

“It’s only the label that’s ended”

We’re pretty sure you’re not going to stop here. What are your plans after this great story ?

Thanks for the compliment, and you’re right, it’s only the label that’s ended. I’ve just started performing livesets as A Made Up Sound for the first time and there’s quite a lot of new and unreleased music in there. I’m enjoying it like that right now, playing music that only exists in the live realm, not in finalized versions yet. Otherwise, I’m totally looking forward to getting back into the studio without any clearly defined plans, and seeing what comes out of that.

You’re as much as a secret and mysterious producer than a really respected one. Maybe your choice to live on the outskirts of the electronic « hype » bubble has something to do with it ?

I don’t know, to be honest it’s not something I’m thinking about a lot. I guess I’m just not one to put myself in front of my music too much. I’m happy to talk now, because I’m wrapping up eight years of my label and I’m thankful there’s a healthy interest in that, which helps people find out about the music, but normally I prefer keeping a low profile. 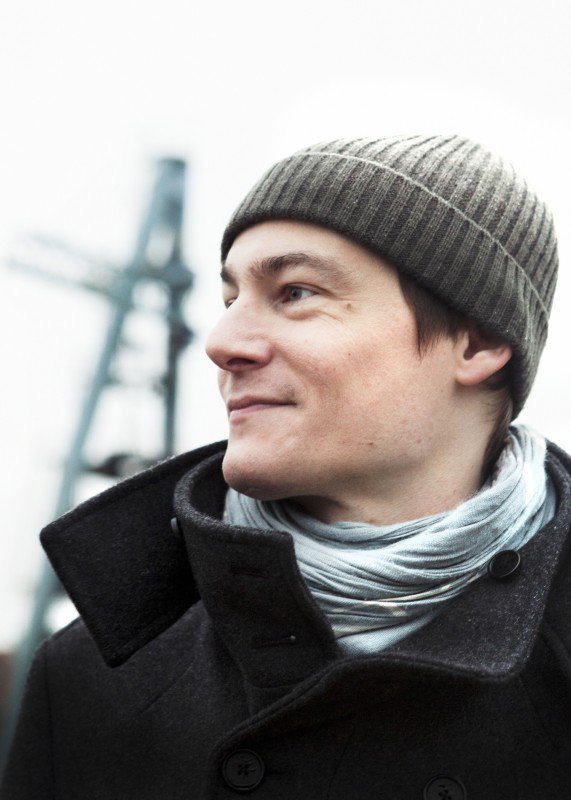 What’s the outcome of those 7 years as releasing your own music ? Would you recommend it to younger producers ?

It’s been very rewarding to have been able to create this series of records the way I had in mind, without any interference. I’d recommend it to anyone that puts importance on having a homebase where you have full creative control over every aspect of releasing your records, from track selection to artwork to mastering, manufacturing, releasedates and the identity of the label as a whole. On the other hand, all of that makes it a quite lot of work to do on your own, with an unpredictable outcome, so you gotta be absolutely sure it’s what you want to do, and consider making and releasing your music as a reward in itself, before anything else.

“Eight years is a lifetime in electronic music”

What changed since 2009 ? As a genre breaking artist how do you see the future of techno subgenres ?
Did you see a lot of things change since you started producing ?

Absolutely, eight years is a lifetime in electronic music. A whole generation of music fans and producers. I’ve seen so many changes I wouldn’t know where to start, so let me just focus on what I’m enjoying in techno right now, such as the music from some relatively new names that dare to seek the adventure. I’m thinking about young Bristol guys like Ploy, Batu, Bruce and Sam Kidel, Parisian Livity Sound-signing Simo Cell, Rroxymore from Berlin, Huerco S who’s been on a hot streak for quite a while now… Also I’m super happy to have witnessed my good friends Dynamo Dreesen and SVN get a lot more recognition with their Acido and SUED labels lately, they’ve been releasing so much great stuff over the years and really are in a musical world of their own.

I guess you have tons of unreleased tracks. Do you plan on releasing them someday ?

Maybe not tons, but there’s quite a lot of work in progress, yes. Some of it might come out, if the right opportunity or idea presents itself. If it’s in the A Made Up Sound vein, it’s either part of the liveset or bound to be at some point. Whether those tracks are gonna be released, I don’t know yet. It’s not a priority for me at this point, but we’ll see.

Can you tell us more about « P.P.B » the exclusive track on the compilation ?

I made it as part of another project that it didn’t fit into soundwise, early this year while I was also preparing the A Made Up Sound compilation. Although it wasn’t on purpose, the track’s aesthetic of broken rhythms and wistful pads reminded me of some of the music I was making around the time I started the label. Normally I’m not keen on revisiting my earlier ideas or moods, but I was really feeling this one and in the light of a retrospective compilation it made sense to allow myself to look back for once.

A Made Up Sound will be playing live at Concrete Paris, Friday November 18th