05 MIN LI-
RE
Accueil
Tous nos articles
25 years of house dance by Ejoe Wilson, legend from the Bronx
Écrit par Maxime Retailleau
0 Partages
As I film Ejoe in action around Paris’ Belleville park, I discover a spontaneous and charismatic man, whose face lights up as soon as he starts dancing. Between the shots, he tells me about his life in deep, dulcet tones. Ejoe was born and raised in the Bronx of the 70s, one of the most dangerous boroughs in New York. He quickly cut his teeth on hip hop, even winning some silverware, before he realised it could be a way to escape from the ghetto he had always known. It was then that he moved to house dance. The rest, as they say, is history.

In 1992, Wilson appears in a documentary called Wreckin’ Shop from Brooklyn, alongside the most famous street dancers from New York. He also goes to teach in Japan, where he would later organise Ejoe’s House parties, with himself as resident DJ, while working as the main dancer for Mariah Carey.

Having finished the shooting, we go to my place, close by, to open two berry-flavoured beers he had bought. While Ejoe answers my questions, I drink mine without paying any attention to its taste (that being probably for the best). A smooth talker, he goes from one metaphor to another with typical American expressiveness, modulating his voice to give life to the different characters of his stories, singing, and dancing on his chair : Ejoe Wilson is as much the entertainer as he ever was.

Trax : How did you discover house music?

Ejoe Wilson : The first time I heard house music was probably at Skate Key. It was all the way up in the Bronx. I had moved from there, but I kept coming back to skate, because I really loved roller-skating. DJs were playing slow disco, it was like: “Raaaaaaaahhhhhh, skay, bump-bump-po-po-po-pon-pon-pon, po-po”.

As a kid it was your first club: the lights, the loud music… and everybody was there. It was the first place you bought a girl a drink. Actually you didn’t really buy a girl a drink, but you were like “You wanna get a soda?”. Just like school set you up for work, skating set you up for the club.

Why did you give up hip-hop?

I actually liked dancing hip-hop, but I connected more with house music. I think it’s because of roller-skating. And with house I was able to dance anyway I wanted to, as opposed to the way that everybody was dancing, and the moves that everybody was doing in hip-hop, which was kind of restricted. You had to learn that, and then you had to do that, and then you had to battle like that… it was very codified.

And while the 90s were great for dance music, the messages and the music [in hip hop] were getting harder and harder. It was like “Throw your guns in the air!”. How can you dance on that? You fucking wanna push people around. 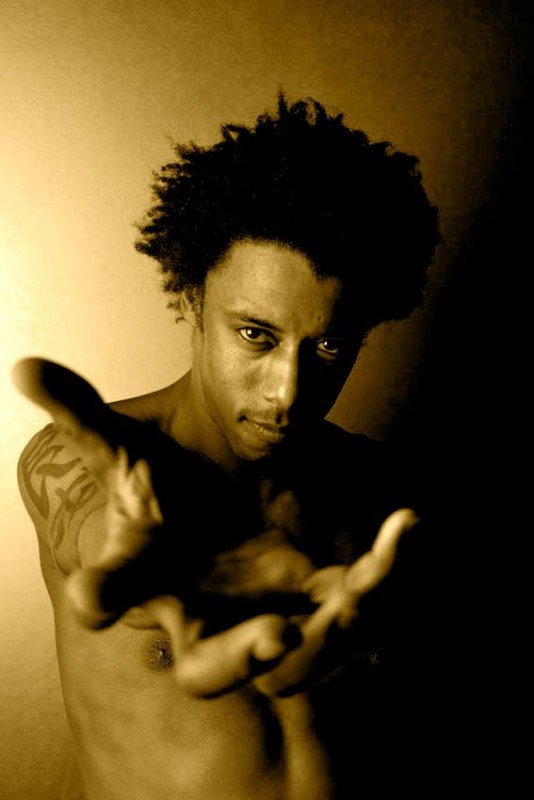 How to explain this special connection you have with house?

House is something I’m able to control, and I’m able to… lose control. It’s a controlled anarchy. I can actually lose it, but try to control how I lose it.

My main motto is: “Don’t move to music, let music move you”. A lot of people don’t get it, they don’t allow themselves to be used by music. They use music, so they think that they’re in control. But they’re not: the music’s in control. And once they let go, that’s when the good things start happening.

How did you learn dancing to house?

I would often go to clubs, and watch the dancers. Then as you get older, you pick the moves that mean something to you. And as you dance, what happens is there’s like a shift, and before you know it, you actually feel it. When you stop thinking about every step, you start pouring out your style onto the floor.

I’m still a work in progress. A lot of people would say “Ejoe does a lot of the same moves”, but those are my moves, I made them! I might have gotten those moves from something else, I might have watched Gene Kelly doing the barrel turn, and tried to emulate something like that, or seen Fred Astaire kick his leg out a certain way and try to do better than him. But what really inspires me, what really pushes me is to follow the music as close as I can. I need to use music as the outlet to express myself.

“Dancers are pure expression. We are the translators“

House was born in Chicago at the end of the 70’s. Did you often go there?

So you had deep house, then you had lofting, and you had people rolling on the floor, doing dives, swimming without the water. And then you had house, where you’re actually doing more like a tap-dancing thing, which is more of a New York style.

The steps come from all of us: African, Spanish, Indians, Arabs. We’re really like a big kaleidoscope of different kinds of dance, which is why house is very special and popular. 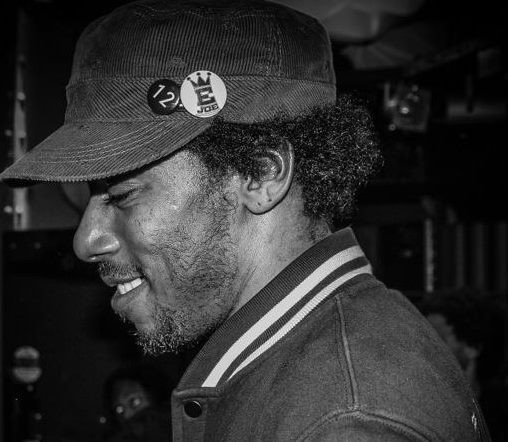 For almost ten years you were dancing for Mariah Carey. What do you feel before getting on stage?

Right before it, they’re like: “In two minutes you go on stage”, and I’m like: “Whouaaahhhhhhhh, alright, let’s got, let’s go!”, and you feel like this is gonna be fucking good. I love this feeling.

With the other dancers, we feel that we are going to do something so fucking cool, because what we’re doing is what we mean to do. We mean to make you happy, we mean to shock you. We mean to do that with dance, because we’re pure expression.

We are the translators: we take the sound and we translate it into movement, to the people that don’t connect with music. With dance we make the sound visual, we make it vivid and colourful. That’s our job. We paint the picture.

…I was the first person to teach house dance in Japan, in 1989, and I still go there at least twice a year. When I first came there it was a predominantly hip-hop based community.

But they were coming over to New York to learn or steal the house style. When I say ‘steal’, I really mean ‘steal’, because they use to come to the club, take a camera, put it on the side, record all of us, and then they tried to go back to Japan and teach it.

There were bad incidences where Japanese kids got their camera stolen… We were like: “No, this is mine now. You think we’re gonna take the thing out and give you your camera back? No, this whole shit is mine, and get the fuck out of here before you get your fucking head cracked”. But the Japanese didn’t see the wrong in what they were doing. And they didn’t see how we were willing to fight for that. That’s ours.

But at the same time we were ready to sell it. So when they came and they were like “I’ll give you twenty dollars, and you teach me some steps”. I would say : “Okay, we’ll go in the studio, and you pay for the studio”. They’d pay for it, and I would have like six students, so I would made a hundred and twenty dollars.

You’re also work for the Just Debout school. How do you teach dance?

I don’t teach kids to use their dance as a weapon. It’s not a sword, it’s stronger than a sword: this is art. We’re talking about changing the world. And I know I changed the world. I did my part. And I’m still doing it.

People are rolling and jumping around the world as house dancers, and I was one of the first. There was nobody teaching this shit, no one knew how.

What are your projects for the future?

I’ll continue to teach, I’ll do some shows, and I’m gonna start organising contests myself. I also want to make movies.

One would be about a friend that died from a breast cancer, Marjory. I would also like to do a Wreckin’ Shop II, to show all of the things that happened in the industry since 1992, and how we’ve stayed alive. It’d be more of a documentary kind of thing. And one of these days I’ll a make a Ejoe’s House movie. I was supposed to make it a couple of years ago… but shit happens.